Appendiceal neoplasms are rare and often show low-grade histologic features. Symptoms and signs related to peritoneal metastases most commonly results in a diagnosis. Historically, epithelial appendiceal neoplasms have routinely been treated by a right colectomy. However, three institutions have determined that with mucinous appendiceal neoplasms with peritoneal spread, right colon resection with ileocolic lymph node dissection did not confer a survival advantage over appendectomy alone. Currently, the treatment of choice in patients with a low histological grade of tumor, referred to as disseminated peritoneal adenomucinosis (DPAM), has been changed to appendectomy only. However, confusion still exists for the high-grade mucinous neoplasms, referred to as peritoneal mucinous carcinoma (PMCA). This manuscript provides precise data to guide the selection of a surgical procedure for mucinous appendiceal neoplasms with PMCA. 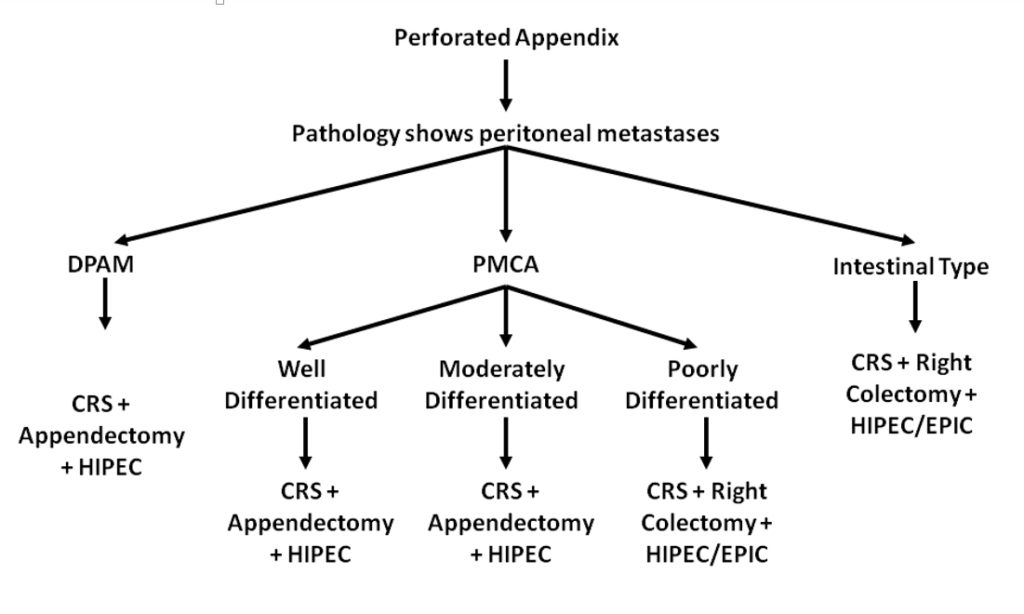 When and When Not to Perform a Right Colon Resection with Mucinous Appendiceal Neoplasms.
Sugarbaker PH
Ann Surg Oncol. 2017 Mar