The highly social ants live in nests, and all their foragers must navigate their way home after finding food. Not surprisingly then, these small-brained travelers display proficient navigational prowess. Much studied are desert ants. They keep track of the straight-line distance and direction home as they travel, a process called path integration, and also use the terrestrial panorama for navigation. In path integration, the direction of travel is determined by cues in the sky, a sky-compass, primarily in the form of the pattern of polarized light (light scattered systematically by the atmosphere) and the position of the sun. As back-up, desert ants also depend on a systematic search strategy when their major schemes of path integration and landmark guidance fail to get them home. 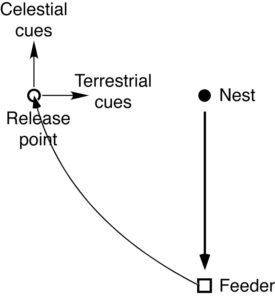 The classical view of the operation of navigational systems claims that one strategy works at a time. Desert ants use path integration at the start of their journey, and after some distance — the proportion of distance home depending on the species of ant—switch to using landmark guidance. When the latter strategy does not get them home, they then switch to systematic searching. Evidence that we have reviewed (Wehner et al. 2016) contradicts this sequential view, and suggests instead that available navigational schemes are in operation simultaneously in parallel, with a weighted average determining the direction of travel. The evidence supporting this parallel hypothesis stems from cases in which the ant steers an intermediate course between the directions according to two different navigational systems, in directional conflicts engineered by experimental manipulations.

For example, in one study, a single cylindrical landmark was usually placed just behind the ants’ nest as the foragers shuttled back and forth between a feeder and their nest. On occasional tests, the landmark was shifted to one side of the line from feeder to nest. Such a landmark drew desert ants in both North Africa and Australia part of the way toward the misplaced cue, suggesting that the ants were both using the landmark and integrating a path simultaneously.

In a third series of experiments, ants were displaced from an experimentally provided feeder before their journey home. In this case celestial and terrestrial cues conflict (Fig. 1). On the one hand, sky cues, effectively at infinity, do not change with displacement of the ant, and still indicate the feeder-nest direction. On the other hand, cues on Earth such as the skyline panorama indicate a direction home from the release point to the nest. Two species of desert ants steered an intermediate course combining the cues of Earth and sky. 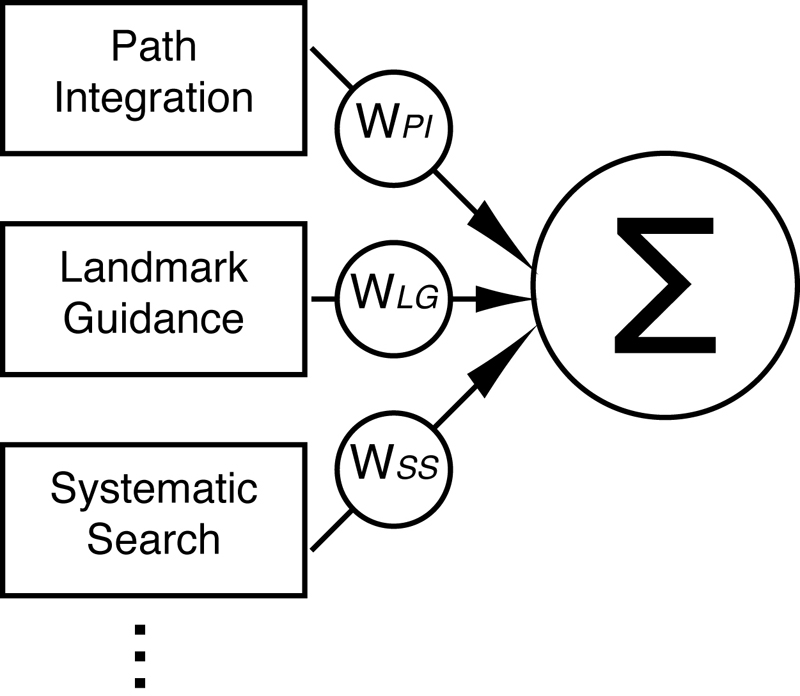 Fig. 2. A simplified model of ant navigation. Different components of navigation (rectangular boxes) are in operation simultaneously, with the “…” indicating the possibility of other components. They each feed their output to one central summator (Σ), which averages the input directions according to the weights (Ws) accorded to each component to derive the direction of travel.

What these intermediate courses suggest is that different systems feed their outputs into a common central processor acting as an averaging device (Fig. 2). Each output is given a weight in the averaging. The operation of a single system corresponds to the situation in which all weights except one are near zero. Such a neurobiological architecture may well apply to other systems in other animals as well.