Phthalate exposure and depression in an elderly population

Phthalates are chemicals used to increase the flexibility and softness of plastics or preserve the scent in various personal care products. They are included in a wide range of products such as food packaging, medical devices, children’s toys, vinyl flooring, shower curtains, soap, shampoo, cosmetics, and nail polish. Due to their ubiquitous use, urinary phthalate metabolites, indicator of phthalate exposure, were detected in >75% of the U.S. population. Phthalate exposure has been associated with various adverse health outcomes, possibly due to their effects on oxidative stress and endocrine system. 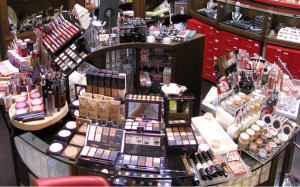 Depression, also known to be related to oxidative stress and inflammation etiologically, is an important public health issue, imposing high disease burden on society. Especially for elderly population, depression is very common and is known to be associated with higher mortality, poor functioning, increased health care service use, as well as suicide. Because previous animal studies have demonstrated that phthalate exposure is associated with depression-like behaviors, we investigated the association between phthalate exposure and depression in a nationally representative sample of the U.S. elderly population (60 years or older).

Among 13 urinary phthalate metabolites available in National Health and Nutrition Examination Survey (NHANES), we selected 10 metabolites which are commonly detected in the urine samples. Among them, higher level of mono-(3-carboxypropyl) phthalate (MCPP), mono(carboxynonyl) phthalate (MCNP), and mono-n-butyl phthalate (MBP) were associated with depression in the elderly population. MCPP and MCNP are plasticizer included in various plastic products, and MBP is a chemical used to keep scent in soap, shampoo, perfume, and cosmetics. This result suggests potential harmful effect of phthalates which are widely-used chemicals included in various consumer products.

The present analysis used well-designed representative samples of U.S. elderly population and urinary phthalate metabolites with strict quality control. However, we could not conclude the causal effect of phthalate exposure on depression due to cross-sectional feature of the study design. Therefore, further study, especially with longitudinal design, is warranted to confirm these findings.