Public Health authorities sound the alarm over the increasing bacterial resistance to antibiotics and project a dark picture back to the pre-antibiotic era. One avenue of solutions proposed is to identify the spectrum of susceptibility to antibiotics of bacteria in time to prescribe an effective antibiotic treatment without resorting to new antibiotics. 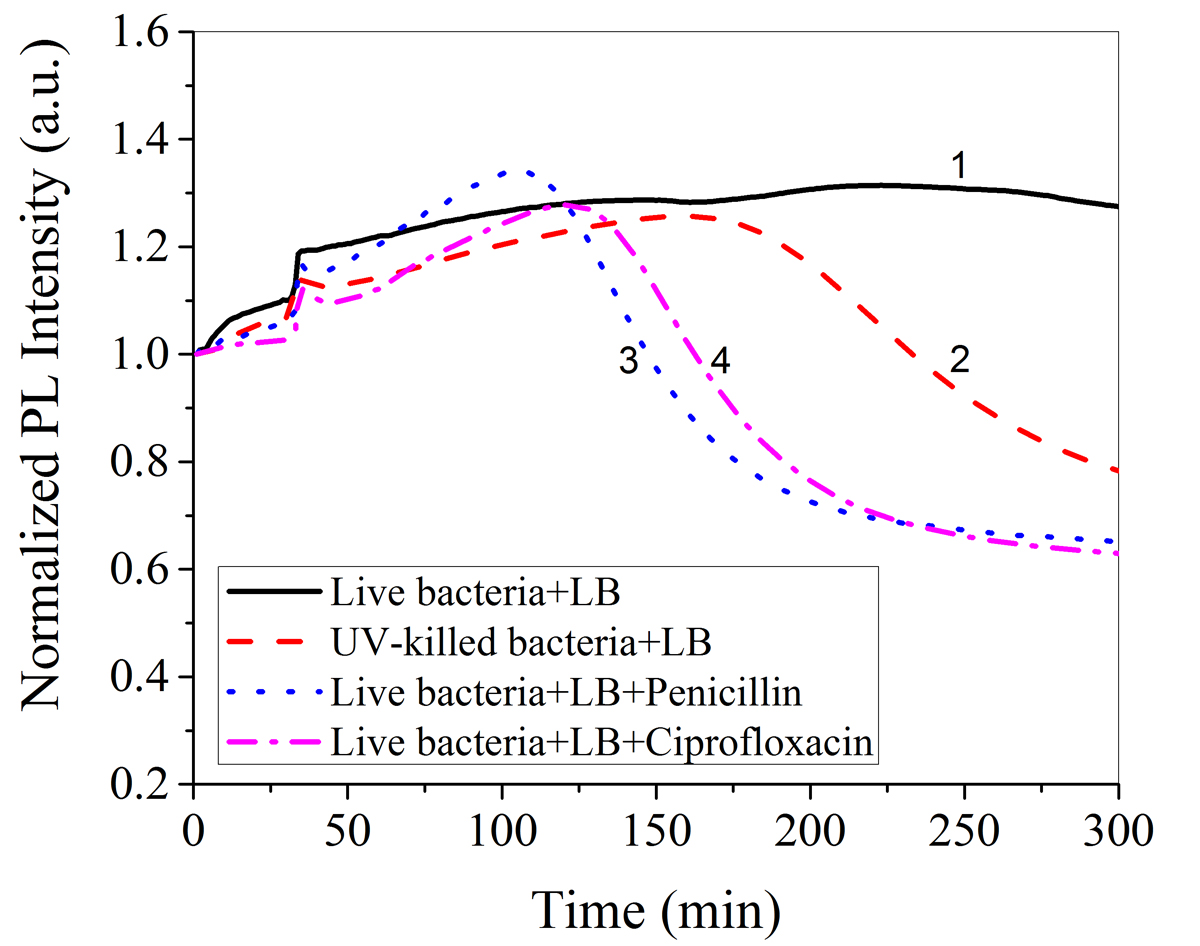 This paper describes an innovative, rapid and low-cost approach to evaluate the antibiotic susceptibility of bacteria by measuring the photoluminescence (PL) emission of biofunctionalized quantum semiconductor (GaAs/AlGaAs) biochips. The bacteria are captured at the surface of the biochip with the aid of antibodies. The biochip is illuminated to induce both its photocorrosion and PL emission. The intensity and temporal behavior of PL depends on the rate of photocorrosion that, in turn, depends on the number of bacteria immobilized on the surface of the biochip. The photocorrosion process leads to formation of a characteristic PL maximum each time the interface is revealed between GaAs and AlGaAs layers.

The appearance of such a PL maximum is delayed in proportion to the amount of bacteria immobilized on the biochip surface, while the growth of bacteria could further delay formation of the PL maximum. In the presence of effective antibiotics, the growth of bacteria is stopped and the PL maximum appears earlier. A series of experiments designed to provide the proof of concept of this approach enabled us to distinguish between penicillin sensitive and resistant Escherichia coli, as well as record the reaction of E. coli to ciprofloxacin in less than 3 hours. The method has the potential to complement a MALDI-TOF technique that is seen as innovative, but cannot differentiate between live and dead bacteria.