DNA is a double strand molecule composed of nucleotide subunits, consisting of three components: a sugar, a phosphate group and one of four nitrogen-containing base, (Adenine, Cytosine, Guanine or Thymine). Among humans, DNA molecules are 99.9% identical. However, each person harbors some differences in his genome, mainly due to single base substitution, known as single nucleotide polymorphisms (SNPs). The possible nucleotide variations for the specific base position are called alleles. Although each SNP could potentially have four alleles, they are commonly biallelic. SNPs occur in more than 1% of the general population at specific genetic loci, are highly conserved, common, great in number, and widely distributed throughout the entire human genome with an estimated frequency of about 1/1000 base pairs. This is why SNPs can be used as genetic markers to follow the inheritance patterns of chromosomal regions or to study the genetic factors associated with diseases. SNPs can be located in both coding and non-coding DNA sequences. For those located in non-coding regions, the majority of the SNPs are of no biological consequence. Only the fraction of the SNPs located in gene-coding regions could have functional significance, because may alter the aminoacid sequence and in turn influence the function of the corresponding protein. In particular, it is important to conduct the investigation of the genetic variations related to the absorption, distribution, metabolism, and excretion (ADME) of drugs, which is called pharmacogenomic, as the presence of SNPs strongly may impact drug therapies and responses, by contributing to the efficacy and/or side effects for any given drug. The main intent of pharmacogenomic is to identify personalized therapies in order to reduce the inter-individual variability and to improve efficacy and safety of drug therapy. 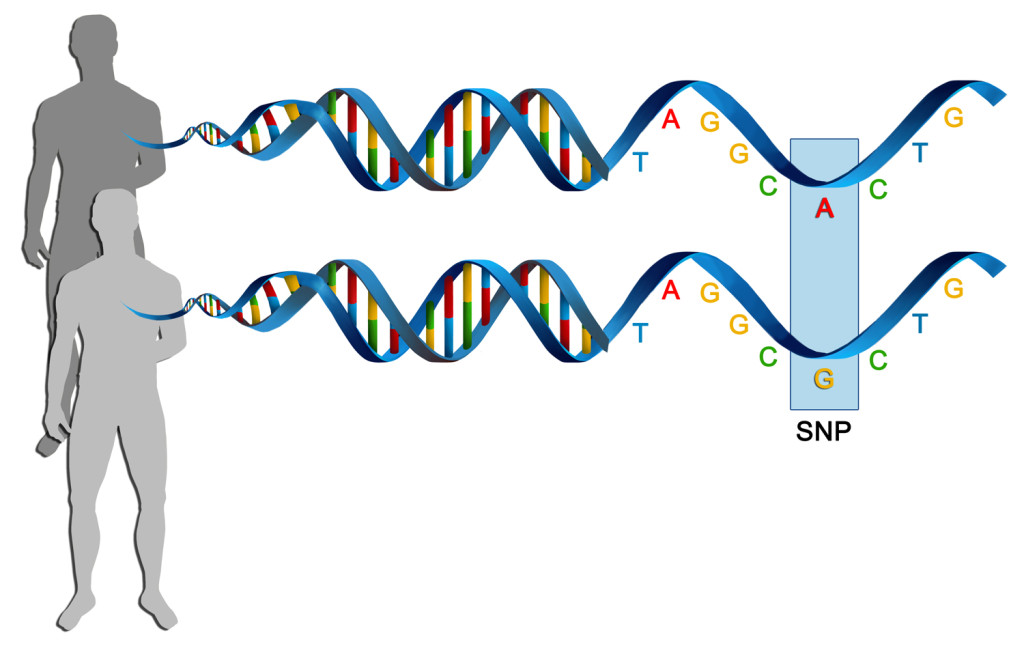 The screen of individuals for known polymorphisms is called genotyping. Various techniques for SNP genotyping have been reported in recent years. The Drug Metabolizing Enzymes and Transporters (DMET) assay is a high-throughput array-based technology by Affymetrix that is able to simultaneously genotype variants in 231 ADME-related genes for subsequent clinical applications. All these genes are directly involved in drug metabolism/transport/distribution, otherwise are genes known to induce other ADME genes. The DMET assay uses collectively 1,936 genetic markers, most of which are biallelic/triallelic SNPs.

DMET genotyping exploits non pathologic genomic DNAs (gDNAs) extracted from blood or saliva samples. The DMET assay biochemistry that allow allelic discrimination is based on the molecular inversion probes (MIP) technology. An appropriate amount of gDNA is initially pre-amplified in a polymerase chain reaction (PCR) step. Then, gDNA and MIP are mixed and brought to the annealing temperature, so that MIP hybridize to specific SNP-containing sites on the gDNA through its homology sequences. In addition to genomic homology regions, a MIP contains other segments which allow to genotype in a single reaction all the interrogated genomic sites. The resulting amplified target DNA is then fragmented, labeled with biotin and hybridized to the DMET Plus Array. The array is washed, stained with SAPE to generate a fluorescent signal, and scanned on an appropriate scanner system. Finally, the array scan data are analyzed using the Affymetrix DMET™ Console Analysis software that generates the genotype information for each sample.

In conclusion, this genotyping approach enables the identification of clinically significant metabolic profiles that can guide the patient-specific therapy. Moreover, the collected SNPs data are converted into known haplotypes (allelic combination of different markers) based on standardized nomenclature (star alleles nomenclature), routinely used in pharmacogenomic studies. This conversion is essential for describing and interpreting known haplotypes. In recent times, several research groups have successfully used the DMET platform to identify genetic profiles that influence the sensitivity to specific therapies.