The capillary web gets lost in diseased kidneys

Main functions of the kidney are regulating ions, pH, fluid balance and blood pressure and disposing of metabolic waste products. These functions are dependent on properly working renal blood vessels, including the smallest ones, the so called renal microvasculature or peritubular capillaries.

Chronic kidney disease (CKD) is a serious, life-threatening condition. It is estimated that more than 10% of the world population suffer from CKD and the numbers are rising. Virtually all kidney diseases of various causes eventually lead to CKD, which is characterized by scarring, i.e. replacement of functional renal tissue by connective tissue termed renal fibrosis. It has been known, that one of the characteristics of CKD and renal fibrosis are also characterized by reduction of the number of peritubular capillaries. 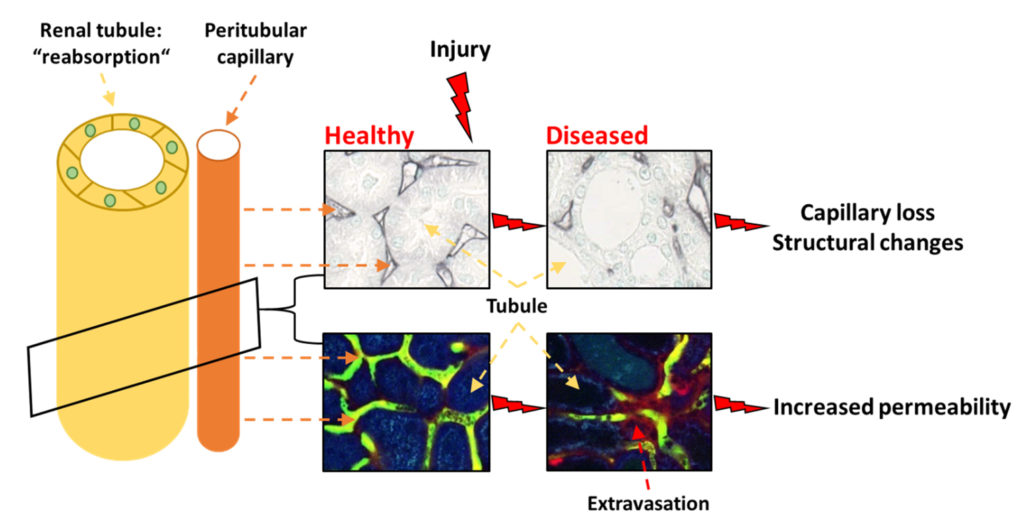 Taken together, our study showed that the renal peritubular capillary web, an essential functional unit of the kidney, is lost and undergoes prominent ultrastructural and functional alterations in CKD and fibrosis. These data support the hypothesis, that therapy targeting renal microvasculature might represent a valuable target for the treatment of chronic kidney disease.