The distressful life of FtsZ-deprived bacteria

Failure to assemble a division septum occurs in Escherichia coli cells when their supply of FtsZ is blocked. FtsZ, ancestor of eukaryotic Tubulin, is the main component of the divisome, the molecular machinery that drives septation in most bacteria. In its absence, coli cells form long non-dividing filaments that are barely able to survive because their physiology is modified extensively. In addition to its already known effect in the constriction of E. coli, FtsZ has then a role in protecting the nondividing cells against minor stress. This protection can even be exerted when an inactive FtsZ is produced, but it is lost when the protein is altogether absent. 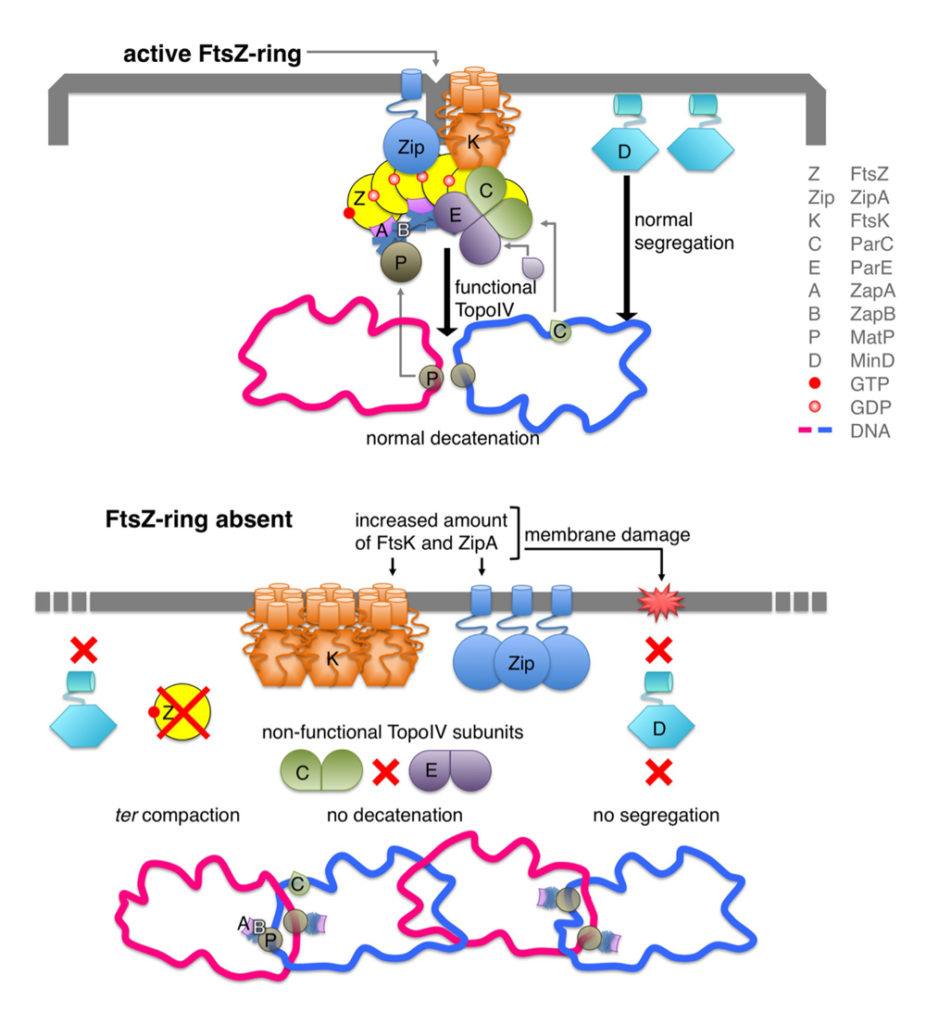 These results have implications in antimicrobial discovery. Many antibiotics work by inhibiting the activity of essential functions in pathogens, but this may not always be the most efficient mechanism to kill them. In the case of FtsZ, the effects on viability caused by inhibiting its activity may be partly overcome by filamentation as filaments are more resilient than normal cells and may evade the natural defenses more efficiently. On the contrary, as the absence of FtsZ is not tolerated by E. coli, procedures to stop its production in bacteria may help to design more effective antimicrobial compounds in the future.

In addition, the observed loss of viability and the impairment of the membrane integrity in the absence of FtsZ have implications in the field of Synthetic Biology. The construction of synthetic divisomes in the test tube should preserve activities, as this newly found FtsZ property, to guarantee the stability of the artificial containers.