The most effective system to weight lost

People who suffer from morbid obesity are at high risk for many diseases, atherogenic dyslipidemia, elevated blood pressure, type 2 diabetes, thromboembolism, hepatic steatosis, proinflammatory state, etc. Metabolic syndrome is characterized by the clustering of some, or all, of these metabolic abnormalities in the presence of underlying insulin resistance with a strong association with diabetes and cardiovascular disease morbidity and mortality. 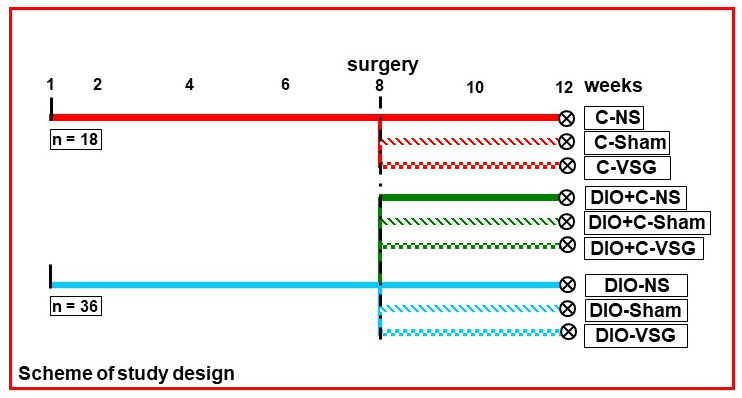 Bariatric surgery with or without diet change has become one of the most effective treatments for obesity. The objective of our study was to observe the effects of vertical sleeve gastrectomy (VSG) and diet change in Sprague-Dawley rats on both body and tissue weights.

Comparing the rats fed with Standard Chow Diet (SCD) (C group) with those fed with High-Fat Diet (HFD) (DIO group) after 8 weeks a significant increase in weight was observed in the latter. At that moment an SVG was practiced, and for four weeks, half of the group DIO was feeding with HFD while the other half changed to SCD (DIO+C group). The major weight loss was observed in the DIO+C group, during the 4 weeks after surgery. Adipose tissues (epidydimal white and perirenal white adipose tissue) in the DIO+C group were drastically reduced and had a weight similar to those in the C group. 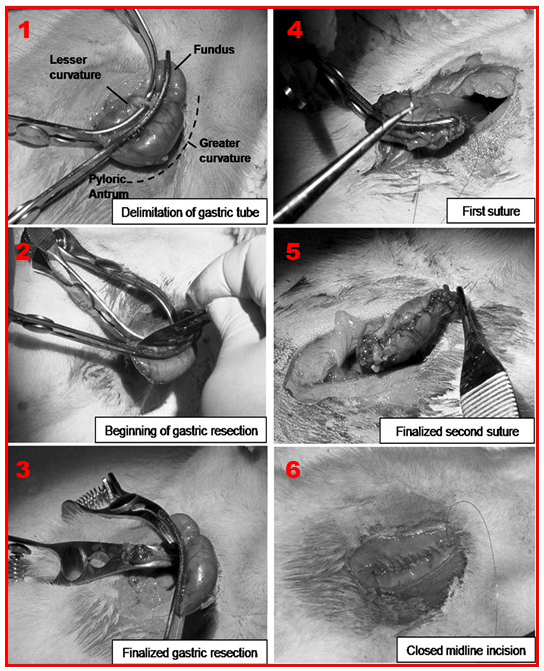 VSG and the diet-change combination led to a greater weight loss, which was maintained during the 4 weeks post-surgery, leading to a normalization of body weight. VSG and diet change also affected most of the tissues, not only adipose, showing a global change in whole-body composition.