Time for a new understanding of chest pain

Most people who present to hospitals with pain in the chest have nothing wrong with their hearts. A small proportion have another physical problem such as acid reflux from the stomach but most have health anxiety or what is often called, rather unsatisfactorily, ‘medically unexplained symptoms’, as this term implies there is a medical explanation if we looked hard enough for it. Despite the fact that only a tiny proportion of chest pain sufferers have cardiac pathology all our medical services are geared towards this minority. People with pain in the chest are advised to phone emergency services immediately, to go to the head of the queue at accident and emergency departments, and to be prepared for immediate tests to confirm whether they are suffering from a heart attack. 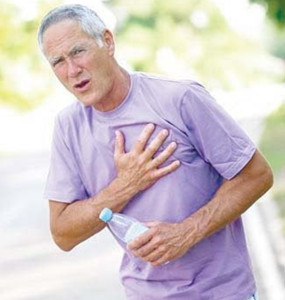 The need for rapid response for cardiac pain in the chest is unassailable. Rapid diagnosis and treatment saves lives and good services recognise and respond to this. But what about the great majority who have no pathology identified? They are told that all the tests are normal and they can be reassured there is nothing wrong with their cardiac function. But this is no answer if they still have recurrent chest pain, and as they are invited to come back again if the pain recurs they do so and get the same reassurance after negative tests.

The COPIC trial (Cognitive behaviour therapy for Pain In the Chest) offers a possible solution for these people, who usually get a diagnosis of ‘non-cardiac chest pain’. Patients with pain in the chest who have attended a hospital department at least twice in the last year and for whom no pathology is found, are invited to take part in a randomised trial of between 4 and 10 sessions of cognitive behaviour therapy adapted for chest pain (CBT-CP) from a trained nurse or other health practitioner or to continue with standard care at the clinic. The primary outcome is the change in scores on the Health Anxiety Inventory after 6 months, but data are being collected for one year and a full economic evaluation is being carried out as well. If the treatment is successful we expect less use of GP and hospital services.

The trial has not been without its difficulties, and two of the five sites we wished to recruit from were not able to provide a local principal investigator despite all other elements of the study being present to facilitate recruitment. This, we fear, is a consequence of the low priority being given to mental health in general hospitals. This has to change to bring mental health closer to parity of esteem with physical health. It is not good enough for patients with distressing symptoms to be told, ‘there is nothing wrong with you’, or ‘perhaps you are under a bit of stress’ when they have a disorder worthy of treatment.  We can, and must, do better.