Misuse of psychoactive agents is one of the most serious social issues. They are often illegal but readily available on the black market. Psychoactive drugs may lead to addiction, affect human brain, human behaviour, mood or perception of the world. In some cases they can even cause death. Popularity and harm of such drugs it is not easy to measure. One simple method for predicting drugs popularity and harm does not exist. It is mainly done by questionnaires or on the basis of official statistics on crime or health. Laboratory studies are mainly based on animal tests which are expensive and are hard to translate to humans.  With development of chemistry, significant number of new substances with psychoactive activity can be produced and legally available, even in countries with restrictive antidrug laws. Good example of such substances are designer drugs (novel psychoactive substances). That is why developing fast and easily available tool for predicting popularity and harm of psychoactive substances is so important. 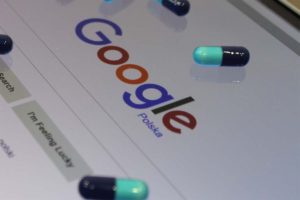 In our research inspired by Google Flue Trends study on the activity of the influenza of virus we wanted to propose fast and simple method for predicting popularity and harm of psychoactive agents. We used the Google search engine to gather all the needed data. For predicting popularity we typed name of each drug to Google and for predicting harm name of each drug were combined with the word “harm” or “harmful”. For both rankings we collected frequency of hits. The biggest frequency of hits we obtained for alcohol so we decided that in our ranking it would has popularity index 100% and indexes for other drugs will be calculated in reference to alcohol. Harm indexes were calculated by dividing number of hits obtained with drug name and terms “harm” or “harmful” by number of hits obtained without this terms. We showed that careful verification of this data and comparison them with data from other sources: United Nations Office on Drugs and Crime, European Monitoring Centre for Drugs and Drug Addiction results in the ranking of the most popular and most harmful drugs. Our research was conducted over a period of several months which allowed us to notice trends in popularity of drugs. For example popularity of cannabinoids in relation to the alcohol increased between 2012 and 2014 almost three times which caused that cannabinoids became more popular than cocaine. In the same period of time popularity of ketamine and benzodiazepine decreased. It is worth to note that obtained harmfulness rank data were similar to results of other researchers which were achieved during the several months of surveys (D.J. Nutt et al.  Drug harms in the UK: a multicriteria decision analysis). This ranking showed that to most harmful psychoactive agents we should include the following: alcohol, cocaine and heroin. The most important is that our data correlate with results obtained by Nutt et al in 81%.

All in all, we showed that treated with caution and verified by comparison with other sources data gathered from Google search engine can be valuable source of information in predicting popularity and harm of psychoactive agents and may be helpful in monitoring trends in use of drugs. It is worth noting that our method is much faster than any presented yet and the only tool needed for gathering data is a device with access to the Internet.