For many years there has been limited success in extracting the contents of historical parchments that are so badly damaged by fire, water, etc. that they cannot be opened or unrolled without causing further damage, meaning that their contents have remained hidden for centuries. Recent improvements in X-ray scanning technology and computer vision techniques make it possible to achieve useful results without damaging the documents. A “virtual unrolling” will take the X-ray scan of a parchment – which is a 3D volume of data typically consisting of a stack of thousands of images – and synthesise a view of the document as if it had been actually physically unrolled. 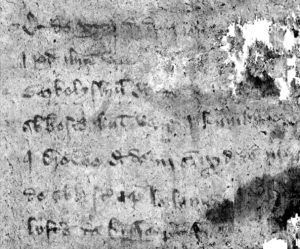 Fig. 1. An excerpt from the virtual unrolling of the Bressingham scroll.

At Cardiff University, with colleagues from Queen Mary University of London, Beihang University, and The Archive Centre, Norwich, we have been working on “virtual unrolling”. The greatest technical problem has been the segmentation of the images. That is, in each image from the stack of images provided from the X-ray scanner, the sheet of the parchment has to be separated from the background (mostly air) which is relatively simple, and also from other parts of parchment which it touches if it is tightly rolled. The latter is very challenging, as the layers of parchment are often squashed together, or even physically fused, and so no gap between them is visible. Over the last 10 years we have developed increasingly sophisticated methods for segmentating scrolls that have enabled us to cope with increasingly challenging data.

We applied our software pipeline to two 15th and 16th century damaged historic scrolls from the manors of Bressingham and Diss Heywood, England. The former is fused 100 mm from the top, due to exposure to moisture, and cannot be fully unrolled. The latter was severely burnt several hundred years ago, with the sheets now brittle and fused together. Texts on parchments from this era were typically written with iron gall ink, and its high density provides a strong X-ray contrast between ink and the parchment, making successful text recovery feasible. For both of these challenging cases our method unrolled the complete scroll to reveal text with minimal manual interaction.

Fig. 2. An excerpt from the virtual unrolling of the Diss Heywood scroll.

The figures show small extracts taken from the full recovered images, and demonstrate that the text has been recovered at a high resolution with good contrast, making much of the parchments readable. However, the Diss Heywood scroll consists of four sheets which are tightly wound, causing text derived from adjacent sheets to be superimposed, creating a jumble of letters. The Bressingham scroll is a Manorial Account from Bressingham in Norfolk, and archivists were able to interpret items from a bailiff’s account dated Michaelmas 9 Henry IV (i.e. 1409) relating to income and expenses for the house. Even for the Diss Heywood scroll it is possible to make out some phrases, such as “Item I give devise” (one of the few parts written in English), and names such as Thomas Richards (or possibly Richardson).