What is coagulation/flocculation and chitosan-based flocculants used in water treatment?

Insoluble suspended colloids are frequently the main contaminants in raw water which make water look very dirty. Moreover, those colloidal particles are usually small and also surface charged, thus the electrostatic repulsion effects among them cause the relatively dynamic stability of the turbid water. Coagulation/flocculation is one of the most commonly applied techniques to achieve efficient turbidity removal and solid-liquid separation in water treatment. In a coagulation process, the small suspended colloids in water would be destabilized after diminishing their surface charges by the addition of coagulants with opposite charge, and then the destabilized particles would aggregate and settle down finally. To further accelerate the particles aggregation and improve the settlement efficiency, polymeric flocculants with flexible long-chain conformation are sometimes fed after coagulation as coagulant aids. Those polymeric flocculants act as bridges to adsorb and connect various colloidal particles in water so as to form larger sized flocs that can be more effectively removed by sedimentation. The latter process is flocculation. In fact, coagulation/flocculation technique is also widely employed in many industrial fields including mining operations, oil extraction, and paper production besides in water treatment. 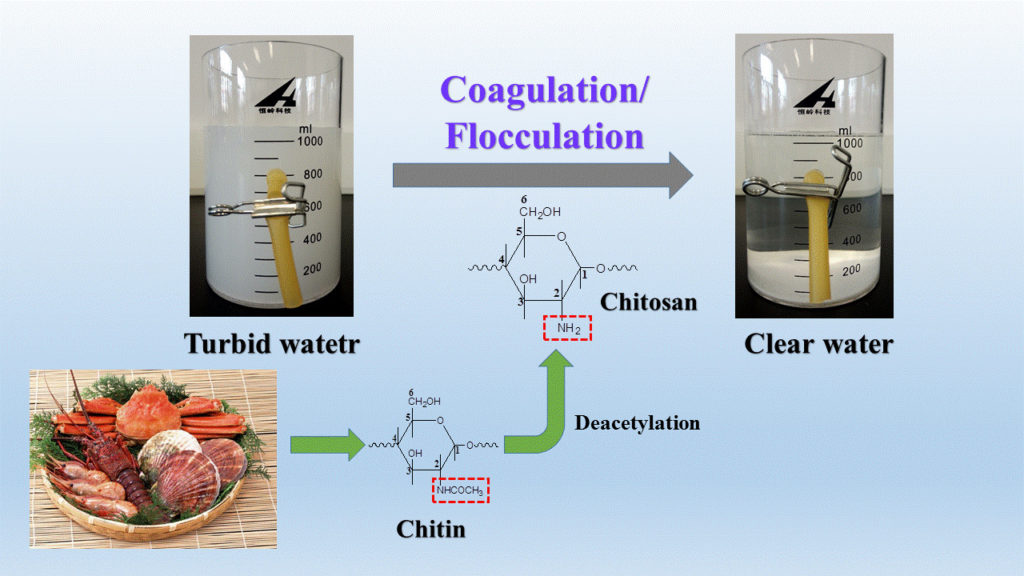 Fig. 1. Coagulation/flocculation of a turbid water using a chitosan flocculant.

It is obvious that the coagulation/flocculation efficiency highly depends on the selected coagulant/flocculant. Since most of insoluble suspended colloids in water contain negative charge, traditional coagulants are mainly trivalent-metal inorganic salts, such as aluminum sulfate, ferric chloride, and poly-aluminum chloride, to obtain higher charge neutralization effects. Commonly used flocculants are synthetic organic polymers with higher molecular-weight such as polyacrylamide and its derivatives for better bridging flocculation. Accordingly, the cationic polymeric flocculants usually possess dual functions of coagulation and flocculation. However, traditional inorganic coagulants and synthetic polymeric flocculants pose a secondary pollution risk due to residual metal-ions or noxious polymeric monomers.

Therefore, natural polymers, such as chitosan, starch, cellulose, etc., have recently drawn much attention owing to their wide-source, low price, nontoxicity, and biodegradability. Chitosan, poly-β-(1→4)-2-amino-2-deoxy-D-glucose, obtained from the deacetylation of chitin (the second-most-abundant natural polymer extracted from shellfish such as crab, shrimp, etc.), is one of high-performance natural polymers, which has found applications in many fields including biotechnology, biomedicine, and food processing. Moreover, chitosan is also an outstanding candidate as flocculant because of the abundant free amino groups on its backbone in addition to its long-chain structure. Those amino groups would be protonated in acidic medium, in which case chitosan would behave as a typical cationic polyelectrolyte. These properties endow chitosan with its good coagulation and flocculation performance due to efficient charge neutralization and bridging effects (Fig. 1). To further improve the performance of chitosan, various physically and chemically modified forms have been also synthesized and evaluated.

However, one of the most important bottlenecks restricting practical applications of chitosan-based flocculants is their cost in the field of water treatment. The unit price of chitosan is still much higher than that of traditional inorganic coagulants. Reducing the cost of chitosan applications also requires novel strategies in the extraction and deacetylation of chitin. Nonetheless, simple, effective, and inexpensive modification techniques can be used to improve the functionality, application efficiency, and final cost performance of chitosan-based flocculants. Besides, the optimal structure-activity relationships of chitosan-based flocculants should be well built, since their final flocculation performance is highly dependent on their structural factors. However, the work related to this topic is very limited yet. Due to the complexity of both polymer structures with multiple levels and distinct characteristics of various pollutants in water, a multidisciplinary investigation is preciously necessary for a comprehensive understanding of flocculation. Above all, the chitosan-based flocculants are firmly believed to have a wide application in near future owing to their numerous notable advantages.