Bread wheat, Triticum aestivum L., is one of the most important crops as a food source by providing approximately 20 % of human dietary energy. Bread wheat is harvested all over the world distributed more than 200 million hectares corresponding to 650 million tons of annual production.  Despite its extensive grown, the obtained yield is not sufficient for satisfying the world food demand. Particularly in last decades, wheat production was further affected from the climate change and associated global warming. Increase in the world temperature resulted with the high influence of stress conditions such as drought on wheat production. Also, several fungi diseases such as rust disease started to be more effective on several wheat species with the effect of increased heat. Considering the increasing world population, generation of stress-tolerant and high-yielded wheat varieties is necessary. 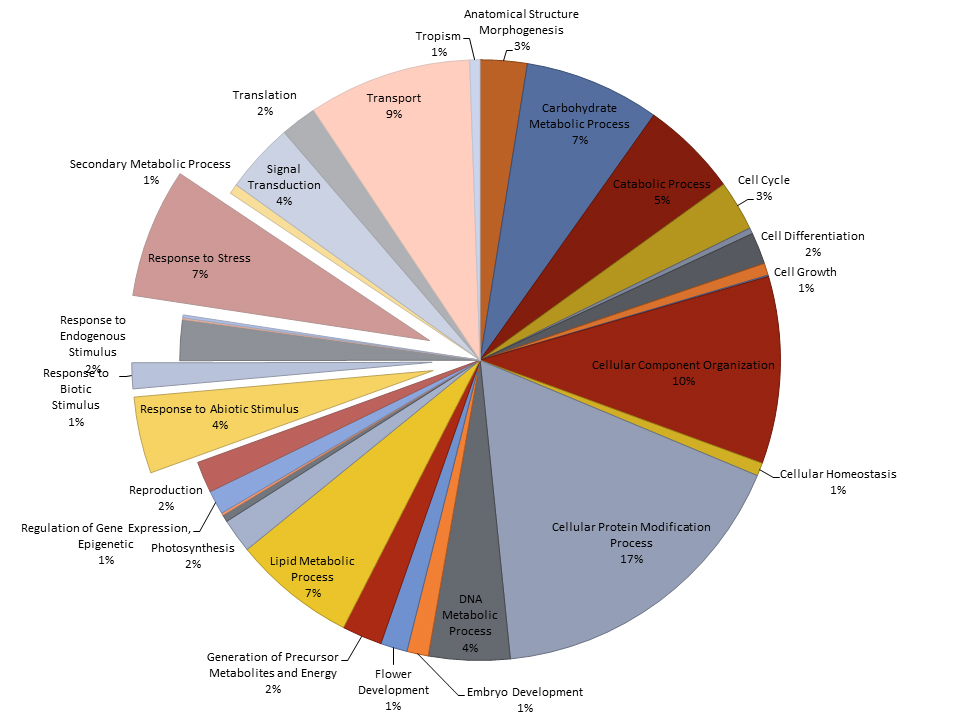 Even though bread wheat seems as a simple crop, it has an extremely complex genome which was formed as a result of two different hybridization event  and combination of  three different genomes (6x=42=AABBDD).  The first hybridization event occurred about 0.5-0.36 million years ago (MYA) and resulted in the emergence of wild tetraploid emmer wheat (Triticum turgidum ssp. dicocoides=4x=28=AABB). Emmer wheat was further domesticated into durum wheat (Triticum turgidum ssp. durum) which is also known as pasta wheat widely cultivated today. Hybridization of tetraploid wheat with a goat grass called as Aegilops tauschii (2x=14=DD) gave rise to the hexaploid bread wheat about 8 MYA. The domestication of ancient bread wheat by humans changed its both genetic and physiological structure. Since the breeders prefer to highly-yielded wheat cultivars, wild genotypes of wheat, which may not be yielded much but resistant to several stress conditions, were did not grown and the associated genes were lost in time. However, such genes may still be present in ancient relatives and ancestors of wheat and the transfer of such genes may increase the stress tolerance of wheat.

The expression of genes is regulated in several ways and such regulations are directly effective on the phenotype and physiological parameters. Recently, a tiny molecule called as microRNA (miRNA) draw the attention of researchers. These tiny molecules bind the messenger RNAs (mRNA) which code for the functional protein and inhibit the production of associated protein which may affect the organism in a completely different way. In the field of medicine, many researchers identified the presence of disease-specific miRNAs which may serve as a biomarker for disease associated genotype selection. In plants, miRNAs were associated with various stress tolerance and environmental adaptation mechanisms. The identification and transfer of stress-specific miRNA families can be further hope for the generation of stress tolerant wheat varieties. Exclusively, several ancient relatives and ancestors of wheat were detected as more resistance to harsh environmental conditions and tolerant to several type of stresses. Considering thise, we surveyed the miRNA families and their distribution across bread wheat and its diploid ancient relatives and ancestors by analyzing more than twenty transcriptomic data. Several miRNA families such as miR1130, miR1120, miR1127 and miR5049 were detected as conserved across all plants which are Aegilops sharonensis, Aegilops speltoides,  Aegilops tauchii, Triticum monococcum, Triticum Urartu and hexaploid bread wheat while many miRNAs were detected as species or genotype specific.  The conservation of miRNAs between the bread wheat and its diploid relatives were associated with their functional importance. Such miRNAs may regulate the expression of genes which control the main functions in the wheat. On the other hand, the specific miRNA families which are detected in a few genotypes may have role in the more specific functions. Interestingly, one of the grass family which is related with B genome ancestors of bread wheat, Aegilops sharonensis, represented a high variation in miRNAs.  This plant shows adaptation to a high range of environmental condition. Many specific miRNAs identified from this species interrelated with several stress responses (Fig. 1). We also detected as some miRNA families might be loss in the evolutionary process. For instance, miR5050 was detected in three diploid progenitor of the bread wheat while its expression under normal condition was not identified in bread wheat.  Recovery of such miRNAs genes might improve the wheat crop performance. Overall, out observations provide important insights to the miRNA distribution across bread wheat and its diploid progenitors that can be exploit to dissect regulatory pathways with the aim of targeted wheat improvement.