When the obsession with healthy food becomes a problem

Healthy eating is promoted in today’s society as a positive and powerful behaviour to prevent all kinds of diseases. Therefore, making dietary restrictions and following certain food beliefs (vegetarianism, veganism, paleo diet, etc.) are behaviours considered normal and widely accepted in today’s society. However, the current fashion for healthy eating has already been researched and studied. It was the American physician Steve Bratman, who after two years of seeking his well-being through healthy eating, began to feel that his whole life revolved around food. In 1997 he introduced the term Orthorexia Nervosa to define the pathological fixation on eating healthy. Some authors describe this disorder as a “manic obsession” with healthy food, and others define it as “a disease disguised as virtue”.

As mentioned by Bratman, this behaviour begins innocently, with the sole objective of improving health or overcoming physical illnesses. Later, it becomes an obsession for proper nutrition, where the person who suffers this disease pays special attention to the selection of ingredients, the preparation of meals, and their consumption. The consequences of this obsession are reflected in all areas of the person’s life. In Figure 1, you can observe the different manifestations of the problem in the cognitive, emotional, and behavioural levels and the negative consequences in social and health areas. A careful analysis of clinical manifestations of orthorexia nervosa show that it bears many similarities to eating disorders, specially anorexia nervosa. However, orthorexia nervosa is characterised by a extreme fear of getting sick by consuming toxic foods, while anorexia nervosa is mainly focused on the desire for thinness and significant weight loss. 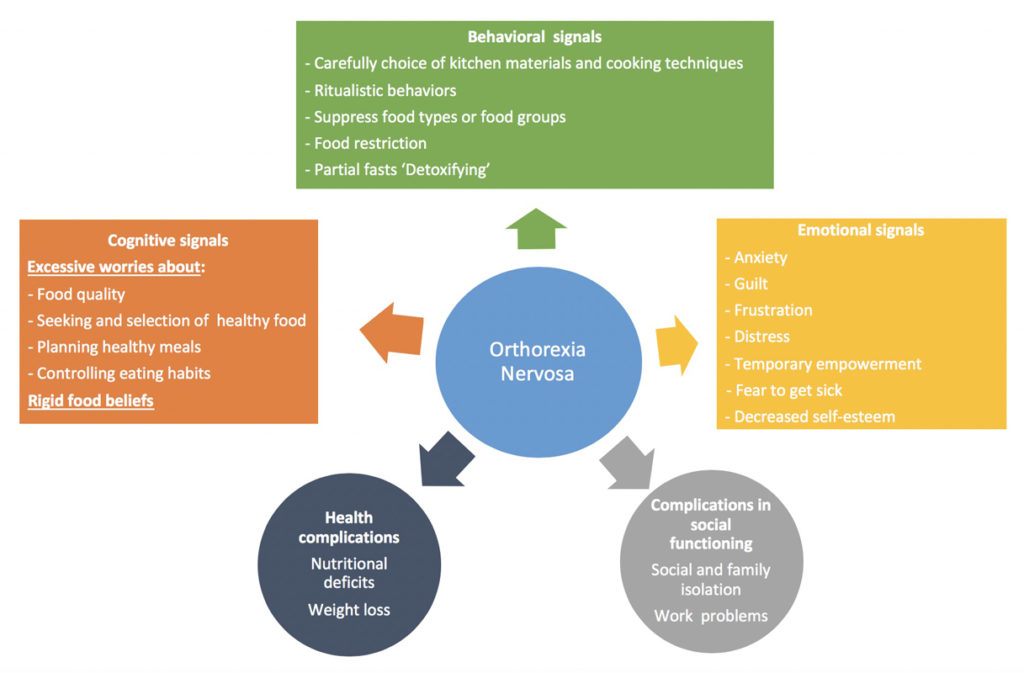 Numerous researchers from different countries have been interested in orthorexia nervosa and have worked hard to determine the fundamental characteristics of establishing the criteria for correct diagnosis of this disorder. Having diagnostic criteria accepted by the entire scientific community allows progress in the study of the disorder. Currently, one of the most important issues to achieve this objective lies in the creation of properly validated instruments to measure orthorexia nervosa. Since 2000, some tools have been developed to diagnose orthorexia nervosa. However, the list of instruments developed since then is scarce and some of them do not seem to be very valid and reliable.

Our research aimed to develop, by consensus of experts, a questionnaire to evaluate some defining psychological features of orthorexia nervosa in English and Spanish language, the so-called BOS (Barcelona Orthorexia Scale or Escala Barcelona de Ortorexia). Initially, we created 105 items grouped into 6 different areas. To verify whether the contents of the items were representative of orthorexia nervosa and were easy to understand, we develop a 3-round Delphi study (Fig. 2). 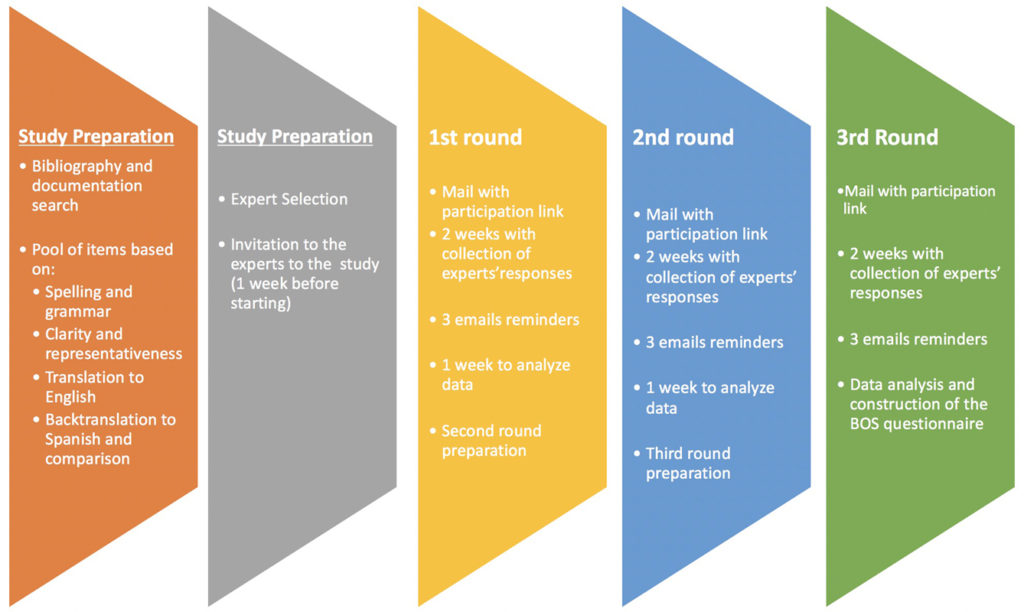 Fig. 2. Steps in preparing a Delphi study for the construction of the Barcelona Orthorexia Scale.

This means that we selected a set of experts from around the world and asked them 3 times if the contents of the items were clear and representative of orthorexia nervosa. Experts were chosen because of their knowledge and scientific publications on orthorexia nervosa and/or eating disorders. 58 experts from 17 different countries participated in the initial round, and 30 in the last round. With the qualitative consensus of their proposals, and the quantitative analysis of their responses, items were added, rephrased, modified,  deleted or some were relocated to a different area according to the experts’ suggestions. Thanks to the experts’ help and all our qualitative and quantitative analyses, we obtained a final questionnaire consisting of 64 items. The final BOS has two identical versions in Spanish and English and aims to provide a possible solution to the shortage of valid instruments to evaluate psychological features of orthorexia nervosa and to promote research on this field.