Attention-deficit/hyperactivity disorder (ADHD) is one of the most common disorders of childhood. A significant number of individuals diagnosed with ADHD will continue to experience significant impairment into adolescence and early adulthood. Symptoms of ADHD include developmentally inappropriate pervasive and persistent inattention and hyperactivity/impulsivity, which results in impairment across multiple areas of functioning including education, employment, and relationships. Given that the symptoms of ADHD results in impairment across several areas of functioning, developing new treatments has important implications for the quality of life of individuals who suffer from ADHD. 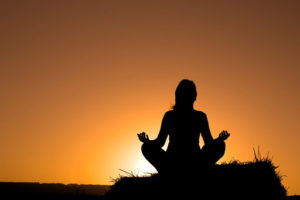 ADHD is most commonly treated with medication and/or psychosocial treatments, but there are concerns that these treatments are not universally acceptable, are not always effective over longer periods of time, and may not treat secondary symptoms associated with ADHD, such as reduced academic achievement. Over the past decade, mindfulness-based therapies (MBTs) have been introduced as a potential complementary treatment for ADHD. Mindfulness is the act of self-regulation of attention to the present moment in an open, non-judgmental manner. It has been integrated into a number of therapies to successfully treat a wide range of psychological disorders, such as chronic pain and anxiety. Although there are some studies to support MBTs for ADHD, the results were not conclusive due to small sample sizes. Thus, the present study was an investigation into the potential benefits of mindfulness-based interventions on individuals diagnosed with ADHD.

A meta-analysis – a technique used to combine the result of several studies to determine the overall effectiveness of an intervention – was conducted to determine if individuals who have been diagnosed with ADHD and receive MBTs report reductions in ADHD symptoms (inattention and hyperactivity/impulsivity) following treatment. Results indicated that self-reported (i.e. individual diagnosed with ADHD) and observer-reported (i.e. mother, father, teacher) ADHD symptoms (inattention and hyperactivity/impulsivity) were significantly reduced following participation in MBT. Further, the analysis revealed that MBTs were more effective at reducing symptoms of inattention in adult samples, suggesting that perhaps MBTs are more effective in adults with ADHD who experience symptoms of inattention. However, further investigation is warranted to investigate these possible differential effects.

Results from this study support the utility of MBTs in reducing core symptoms of ADHD, which is important given the significant impairment that these symptoms have on functioning and quality of life. This is particularly important for individuals with ADHD who may be unable to take stimulant medication or who may have limited access to other psychosocial interventions. This review also demonstrates the importance of further research to identify individual factors such as age or ADHD subtype that may moderate the effectiveness of MBTs in this population.