The mycorrhizal symbiosis plays an important role in nutrient uptake by plants. The AMF act as a bridge, connecting the soil and plant roots. The mycorrhizal fungi help their plant hosts by taking up and transferring soil mineral nutrients. Soil mycelial networks and mycorrhizal hyphal connections between neighboring plants may pass through the biocrusts, which would provide a mechanism for the direct transfer of nutrients and carbon among co-occurring plants, as has been reported for other semiarid ecosystems. The relationship of mycorrhizal fungi with the biocrust and plants in the Trachypogon savanna is completely unknown. This aspect is important due to the fact that mycorrhizal symbiosis is a key ecological mechanism in the soil of the Trachypogon savanna, since plant growth in these ecosystems is strongly limited by soil resources such as mineral nutrients (P and N) and water. Thus, the study of the assemblages of AMF in these ecosystems is very important to a better understanding of the ecological processes mediated by this soil microbial group that affects multiple ecosystem functions. 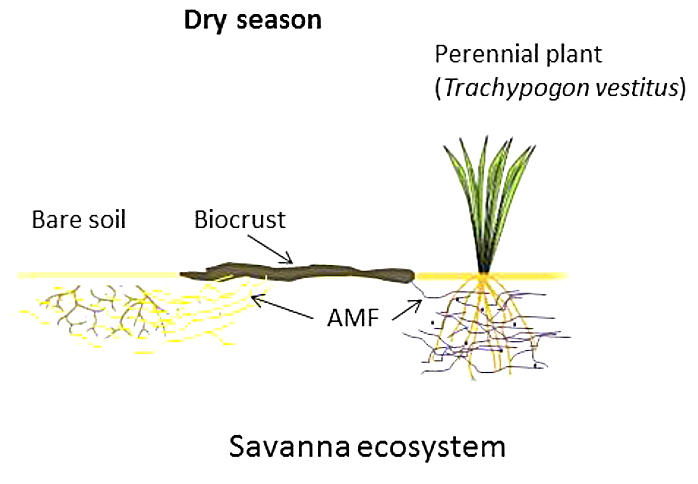 Fig. 1. The biocrusts in the Trachypogon savanna are colonized by AMF. Biocrusts are colonized by a characteristic AMF community that differs significantly from the community hosted by the roots of the surrounding plants of T. vestitus. 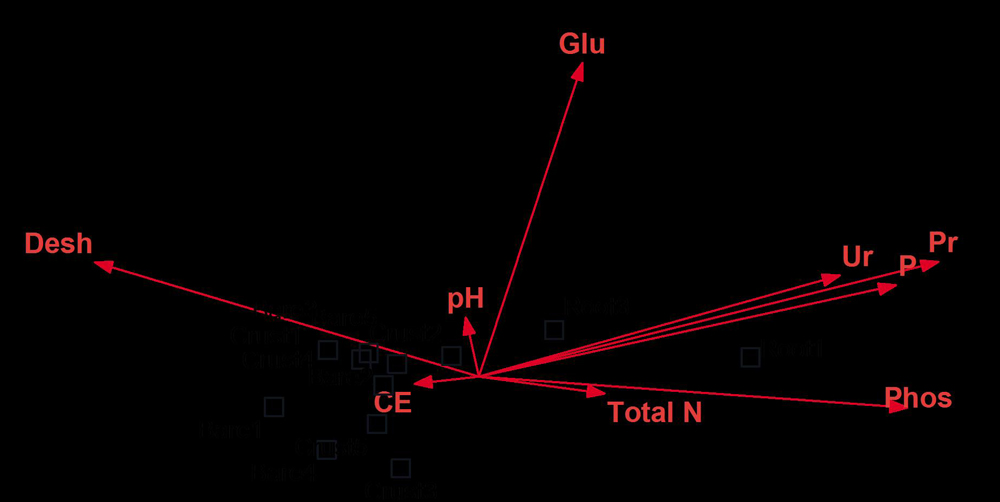 The multivariate analysis showed that, among the soil properties taken into consideration in our study, the protease and glucosidase activities (related to enzymatic activity) had a significant relationship with the distribution of the AM fungal community. The biocrusts in the Venezuelan savanna are colonized by an AM fungal community linked to that of bare soil and significantly different (P<0.05) from that hosted by the roots of the surrounding plants of T. vestitus, a dominant perennial species of this ecosystem. This suggests that the assemblages of AMF in biocrusts are related more closely to those of annual plant species appearing in favorable conditions. This research opens new and interesting questions on the assemblages and role of AMF in annual plant species growing in biocrusts.