The rehabilitation of the upper central incisors with the use of implants is one of the most complex aesthetic challenges. The anterior sector has important anatomical implications: resorption of the alveolar bone and the nasopalatine duct (NPD), which will limit the amount of bone available for treatment. Different articles have been described in the literature on anatomical size, morphology and NPD variations (Fig. 1 and 2); but there are few documents that analyze the presence or absence of one or both incisors in the characteristics of the canal and the dimensions of the bone in the anterior maxilla. 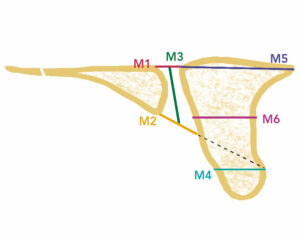 Fig. 1. Cross-sectional slice of a cone-beam computed tomography image of the nasopalatine canal shown on a schematic diagram of nasopalatine canal landmarks and measurement directions. M1 diam- eter of the nasal foramen, M2 diameter of the incisive foramen, M3 the length of the NPC, M4 dimensions of the buccal bone wall at the level of the most anterior-inferior point of the buccal cortex, M5 at the level of the anterior nasal spine and M6 at the midpoint between these two levels.

To analyse how the absence of both incisors, only one and, on the contrary, the presence of both, influences the anatomy of the NPD and the maxillary bone to prevent complications during implantology.

A retrospective study was carried out, in which 150 CBCT (Cone Beam Computed Tomography) from different subjects were analyzed (56.6% with both incisors, 20% one incisor present, 23.3% absence of both incisors).
Galileo Galaxis Sirona® system was used to obtain images, selecting the transverse plane to perform anatomical measurements.

The diameter of the nasal and incisor foramina, the length of the nasopalatine canal and the vestibular-palatal diameter of the buccal bone crest at three different levels were measured using the Sidexis® XG 2.51 software.

The most prevalent morphology of the CNP was similar to the banana shape (77.8%) and the funnel shape (22.2%) in dentate and edentulous patients; finding significant differences (P <0.005) in all shapes except for the funnel shape. NPD diameter was slightly smaller in partially edentulous (2.6mm) versus dentate or edentulous (3.4mm) patients, however, the results were not significant (p = 0.990). he length of the NPD was similar in the three groups, being the mean (10.9mm) (p = 0.881). The dimension of the vestibular crest was slightly greater in dentate patients compared with edentulous or partially edentulous, although the results were not significant (p = 0.629). There are no differences in morphology and quantitative anatomy when the 3 study groups are compared; however, the literature shows different results, although most of the studies analyzed had only two study groups. 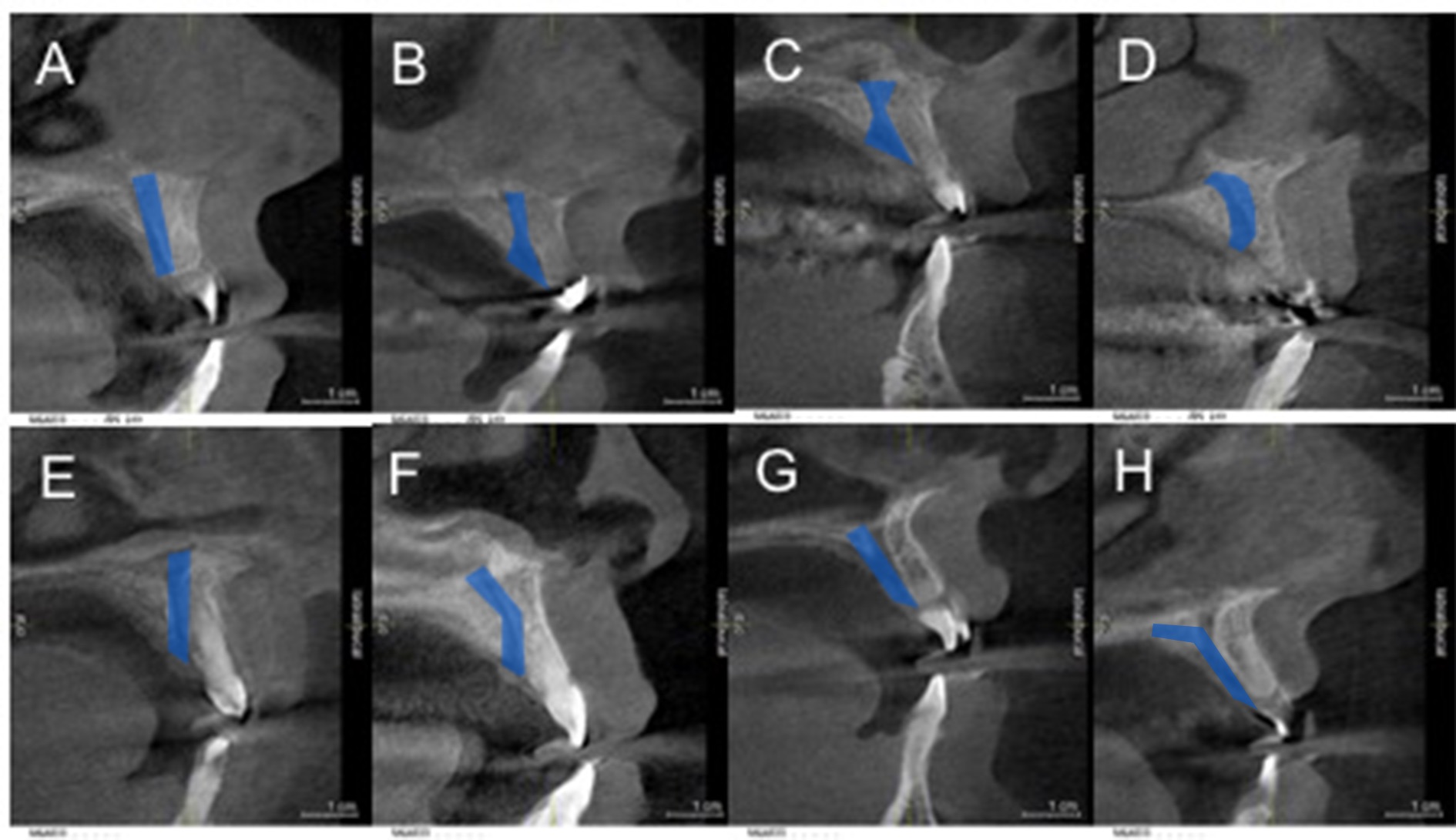 We did not find variation in the morphology of the NPD or the vestibular cortical bone, with the absence or presence of the upper central incisors, despite this, a detailed study of its radiology is needed to avoid possible complications during dental implantology.