Barley meiosis: The importance of sticking together

The process of crop improvement is based on promoting the exchange of genetic material by making crosses between two complementary parent plants followed by identifying progenies that perform better than the original parents. The genetic exchange occurs during a developmental process  called meiosis in which the number of chromosomes is also reduced by half (Fig. 1). Meiosis produces the egg and pollen cells (the ‘gametes’) that when brought together during fertilisation reinstates the normal chromosome number. The biological term for genetic exchange is recombination, and during meiosis, recombination ensures that all egg or pollen cells have a novel genetic make-up that is formed of a mosaic of parts of the original parental genomes. A problem, that is most acute in plants with large genomes like barley and wheat, is that recombination is highly skewed towards the ends of chromosomes. In barley for example, this means that around thirty percent of barley genes that are located in the central two-thirds of each chromosome are rarely, if ever, subject to genetic exchange, thus excluding them from the breeding process. 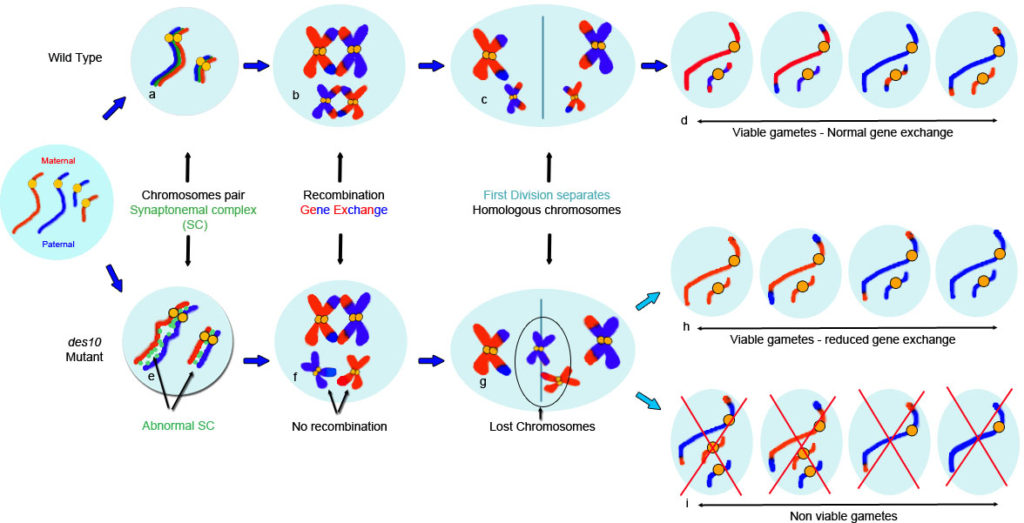 Fig. 1. Meiosis in wild type and des10 mutant
Diagram showing the resulting gametes (egg or pollen) in the wild type (a-d) compared to the mutant des10 (e-i). In wild type (a), the maternal (red) and paternal (blue) homologous (identical) chromosomes are paired with a normal synaptonemal complex (SC, green line). Recombination, or gene exchange, happens in all chromosomes (b, bi-coloured chromosomes) and homologous chromosomes separate during a first cell division (c) to half the genetic content. Four genetically different gametes (d) are produced during the second division of meiosis. In des10 however, the synaptonemal complex is abnormal (e, green dots), gene exchange is reduced (f, presence one colour chromosome), and chromosomes can be ‘lost’ during the first division (g, one colour chromosome lost in the middle). Unlike the wild type (d & h), in des10 the ‘lost’ chromosomes can frequently both go to the same gamete resulting in cells with either too many or too few chromosomes, and the resulting egg or pollen cells will be sterile.

We are exploring whether it is possible to modify the pattern of genetic exchange by inducing disruptive or subtle alterations (mutations) to the protein components of the recombination machinery. Mutants are really powerful tools in biological research because they allow us to observe the consequences of removing or altering key genetic components of a morphological or developmental process. In plants and animals, as we may expect, most meiotic mutants induce a level of semi-sterility that can be identified easily as poor seed production. However, to understand mechanistically how specific mutants induce semi-sterility we use a range of fluorescently labelled antibodies raised against specific meiotic proteins in high resolution immuno-cytology. This allows us to directly visualise how chromosomes behave during meiosis and where individual proteins are likely to fit into the process by identifying how and where things start to go wrong in the mutants.

One such barley mutant that we have studied is called des10. It is a spontaneous mutant discovered in the 1970s and its main characteristic is semi-fertility. Our study revealed subtle differences in the role of des10 in barley from that described in other organisms. It was only possible to observe these differences because we had access to new and powerful microscopes and barley genome information. We found that des10 contains a mutation in the barley version of a gene called Mlh3 that encodes a key protein involved in the process of recombination. We found that when chromosomes are meant to pair, through the formation of a structure called the ‘synaptonemal complex’ (Fig. 1, green line or dots) immediately prior to genetic exchange, in des10 mutants this process is compromised. Consequently, later in the meiosis, less genetic exchange occurs all along the chromosomes, including at the ends (Fig. 1, bicoloured chromosomes). Cytologically, des10 mutants thus look very different from the wild type with some chromosomes being lost during the process of forming the gametes (pollen). This results in many pollen cells being genetically unbalanced (too many or too few chromosomes) which leads to loss of fertility. Statistical analysis of genetic data that we gathered was consistent with MLH3 protein having a key role during genetic exchange. We found that in the absence of MLH3 (ie in des10 mutants) chromosomes took longer to pair and that the sites where genetic exchange would ultimately occur had already been designated prior to complete chromosome pairing. Our results suggest that changing where recombination occurs in barley can likely only be achieved by modulating early or very early steps of meiosis.