Calix[4]arene (C4A), composed of four phenols connected with methylene chains, has been used extensively as host molecules in supramolecular chemistry. C4A has a dominant, cone-type conformation formed by a strong hydrogen-bonded network with four OH groups (Fig. 1), and captures guest species such as molecules and ions in the cone. 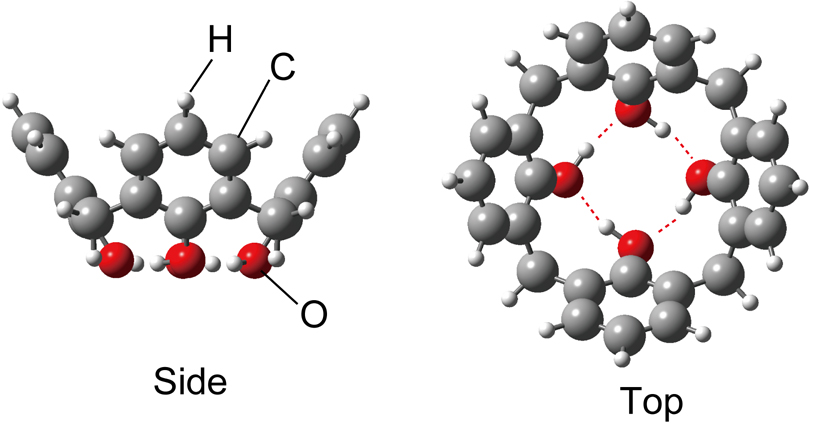 Fig. 1. Side and top views of cone-shaped C4A. Red, dotted lines in the top view indicate the OH•••O hydrogen bonds. 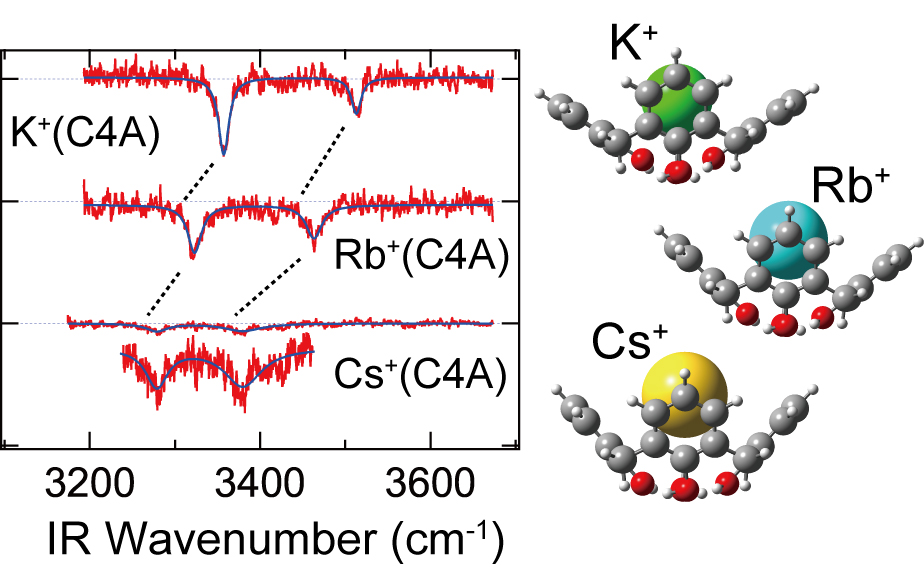 These results suggest that C4A encapsulates the metal ions by distorting the cone cavity, and that the distortion of the cone conformation is reduced more and the hydrogen bond between the OH groups becomes stronger with increasing the ion size from K+ to Cs+. The Cs+ complex has the smallest distortion on the C4A cavity among the alkali metal ion complexes. This can be one origin for the predominant encapsulation of Cs+ ion by C4A over smaller alkali metal ions in solution.