Nano-biomaterials engineering is one of today’s most promising areas of materials science. In very recent years, nanocrystalline cerium oxide (nanoceria) has been shown to possess enormous biological activity, which originates from its ability to scavenge the reactive oxygen species (ROS) under biologically relevant conditions, as well as it has relatively low toxicity, making biological application of ceria-based materials relatively safe. According to a common opinion, ceria readily participate in various redox processes. However, the role of cerium valence states in ROS inactivation is still under question. Are the surface cerium ions responsible for this phenomenon, and if yes which ones (Сe4+ or Се3+)? Can other cerium-containing nanoparticles protect living cells from ROS when the cerium ion would be initially in a trivalent state only? 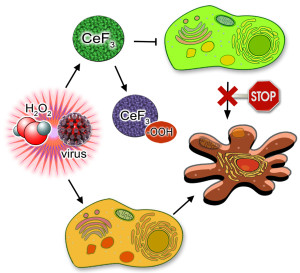 Fig. 1. The protection mechanism of cerium fluoride nanoparticles against oxidative stress in the living cell.

A good candidate for such examination is cerium fluoride (CeF3). This compound has a very low solubility and would presumably be non-toxic; another good reason to study CeF3 is the prominent luminescence properties of Ce3+ species, unlike the Ce4+ ones, especially when doped with a modicum of other rare earth elements (such as terbium). The luminescence of Ce3+ is strongly quenched when it is oxidized by ROS to Ce4+, thus the luminescence of cerium fluoride (or doped cerium fluoride) could allow simultaneous monitoring of CeF3 nanoparticles’ behavior in cells and their redox state in a microenvironment.

So, we’ve synthesized stable aqueous sols containing nearly monodisperse UV-luminescent CeF3 (see Fig. 2., left) or CeF3:Tb (Fig. 2.,right) nanoparticles and examined their ROS-scavenging ability. These nanoparticles are shown to be low-toxic and capable of protecting the organic molecules from the oxidation by ROS (hydrogen peroxide). Both CeF3 and CeF3:Tb nanoparticles accumulate in living cells (can be detected in cytoplasm by a bright luminescence) and actually do protect cells against oxidative stress caused by hydrogen peroxide. Our study demonstrates that the protective ability of cerium fluoride is comparable to the protective ability of nanoceria aqueous sols (both non-stabilized and citrate-stabilized). The predominant role in the protective effect of the Ce-containing nanoparticles against oxidative stress belongs to trivalent form of cerium. While performing the cell protection function, Ce3+ is oxidized by hydrogen peroxide to the tetravalent state. Simultaneously, Н2О2 is bonded strongly to Се4+ ions on the surface of nanoparticles, forming cerium perhydroxide, which is further decomposed to form non-toxic water and oxygen. When the cerium fluoride nanoparticles react with hydrogen peroxide, they lose for a while both protective and luminescent properties.

It is well known that oxidative stress plays an important role in a number of viral infections, and cerium species can dramatically decrease this pathogenic factor. We have demonstrated that cerium fluoride nanoparticles, as well as doped ones, effectively protect cells against oxidative stress caused by VSV infection more effectively than nanoceria aqueous sols. For a more detailed explanation of the observed effects and clarification of the other factors’ role in the protective effect of the cerium-containing nanoparticles the additional researches should be carried out.