Diamond is renowned for its many superlative material properties. It defines the top of the Mohs hardness scale, has the highest bulk thermal conductivity at room temperature, and has a very low coefficient of thermal expansion. The large indirect band gap of diamond results in its transparency over an exceptionally wide wavelength range (infrared through to ultraviolet), and electrically insulating properties. Defects can compromise these properties, yet deliberate doping (with e.g. B atoms) can render diamond semiconducting and thereby offer further advantages. To optimise diamond quality or dopant incorporation, it is necessary to understand the diamond growth process. 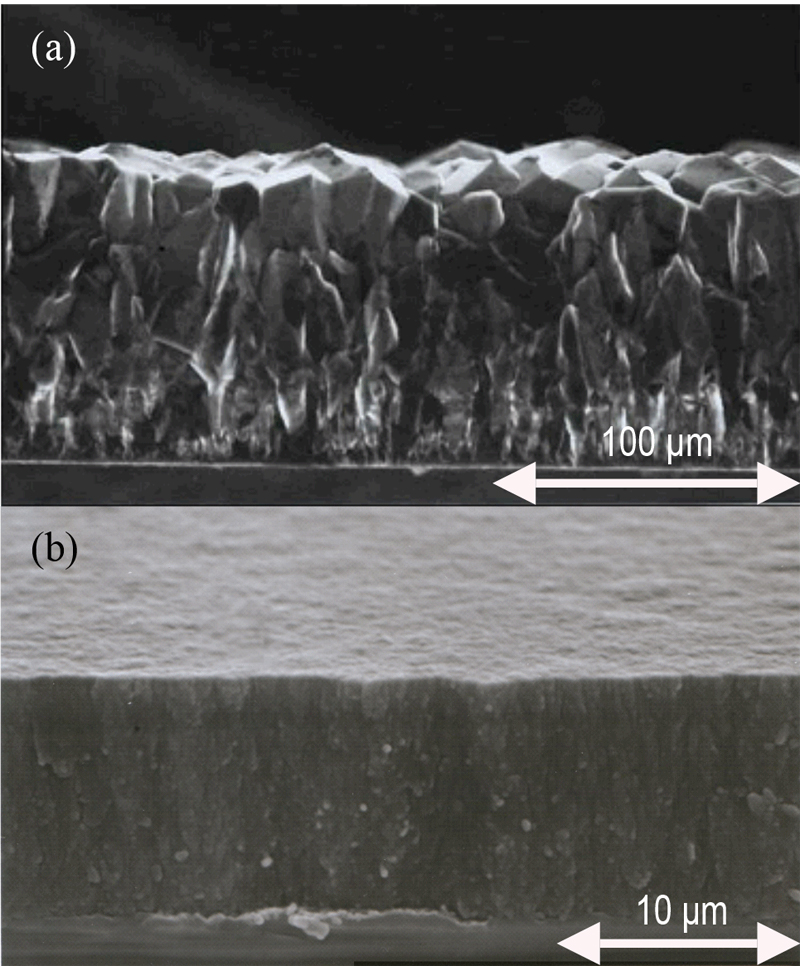 Fig. 1. Cross-sectional SEM images of (a) micro- and (b) nano-crystalline diamond films grown by CVD.

The rigid tetrahedral bonding structure of the carbon atoms in diamond is in marked contrast to that in graphite – the other common and thermodynamically more stable allotrope of carbon. Graphite consists of rigid hexagonal layers held together by (much weaker) van der Waal’s forces. These structural differences result in a large energy barrier that precludes the interconversion of graphite to diamond without the application of very high pressures and temperatures.

Diamond can be grown under less extreme conditions, by chemical vapour deposition (CVD). Figure 1 shows cross-sectional scanning electron microscope (SEM) images of two diamond films, with differing morphologies (which reflect the different growth conditions). CVD employs a weakly-ionised microwave (MW) activated methane/hydrogen (CH4/H2) plasma enabling kinetically (rather than thermodynamically) controlled diamond growth on a suitably positioned substrate. Process optimisation requires a proper understanding of the physical and chemical processes prevailing in the plasma and at the plasma-substrate interface, and how these vary with changes in operating conditions (e.g. the input gas mixture, pressure, MW power, substrate and substrate temperature). Ideally, such understanding should extend to CH4/H2 plasmas that include small quantities of dopant. For example, trace additions of nitrogen to the process gas mixture can enhance diamond growth rates by factors of two or more, while trace (parts per million) additions of diborane suffice to induce p-type semiconductivity. 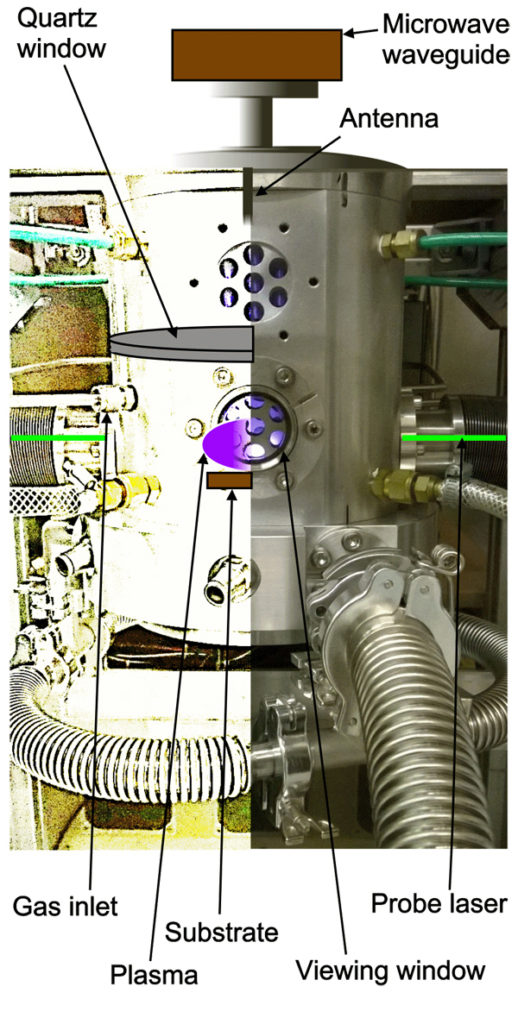 Figure 2 illustrates an operating MW reactor, with a probe laser for plasma diagnosis (in green). The gas temperature peaks in the plasma core and reaches ~3000 K, so diagnosis relies on non-invasive optical techniques and complementary modelling. Absorption methods (an ultrasensitive exemplar being cavity ring down spectroscopy) measure spatially-resolved absolute column densities of selected species in the hot plasma region. Optical Emission Spectroscopy (OES) is easier to implement, but only returns relative concentrations of emitting species. OES is widely used for process monitoring and control. Such diagnoses, together with complementary plasma modelling, are responsible for the current understanding of the diamond CVD process as described in a recent overview published in the Royal Society of Chemistry journal Chemical Communications by a team of scientists from the University of Bristol.

Thermal dissociation of hydrogen molecules in the hot plasma region yields hydrogen (H) atoms. These H atoms diffuse throughout the entire reactor volume initiating H-shifting reactions of CH4, which leads to a distribution of CHx (x=0-3) radicals, including methyl (CH3). These CHx radicals can react with one another yielding a range of C2Hy (y=0-6) species, including acetylene (C2H2), which is the most abundant C-containing species within the hot plasma region. The gas phase H atoms play additional important roles in facilitating growth of high quality diamond. For example, they preferentially etch graphitic carbon back into the gas phase. They are also crucial in abstracting surface terminating H atoms, creating the necessary radical sites to enable growth. Growth itself is usually dominated by addition of CH3 radicals to these surface radical sites, with subsequent abstraction, rearrangement and (limited) migration steps leading to full incorporation of the carbon atoms.