Artemisinin is an anti-malarial molecule that is produced and stored in the leaves of the plant Artemisia annua in microscopic glandular surface structures called trichomes (Fig. 1). Evidence from various studies suggests that the roots, which produce neither significant artemisinin nor precursor compounds, regulate artemisinin production in the leaves. Here we grafted lines of Artemisia annua with differing artemisinin levels and trichome characteristics to each other, and then monitored physical attributes such as trichome density along with artemisinin levels and total flavonoid content to determine how roots of one line affected leaves in another. The metabolic pathway to terpenoids such as artemisinin is different than that for flavonoid production, but flavonoids are well-known for their important antioxidant effects and also play a role in this plant’s ability to treat malaria. Learning more about the role of roots in phytochemical production is key to understanding how to harness the therapeutic potential of Artemisia annua and other medicinal plants. 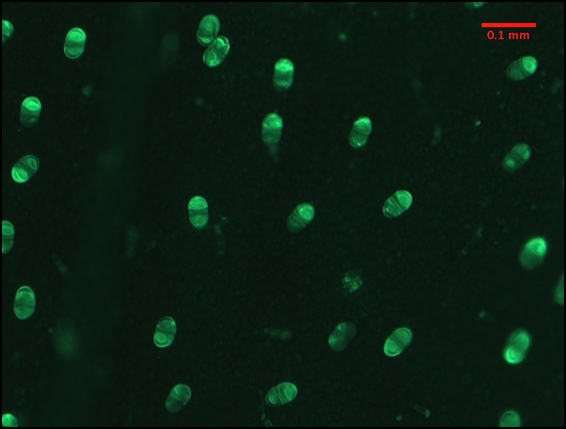 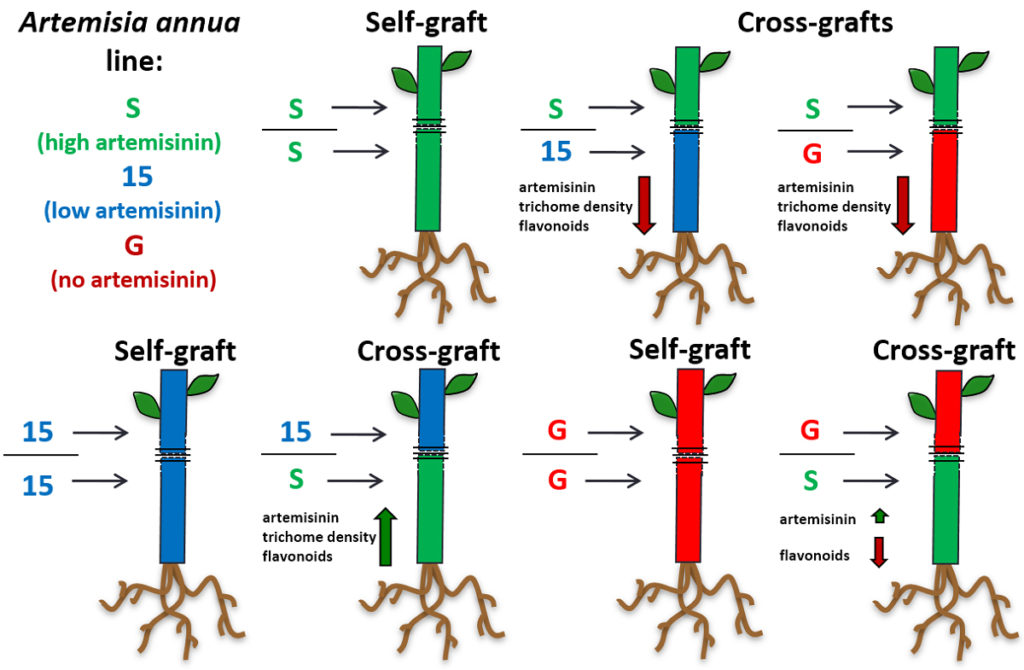 Fig. 2. Schematic representation of the lines of Artemisia annua plants used in this study. The effects of cross-grafting on artemisinin, trichome density, and flavonoids is shown by the green (increase) and red (decrease) arrows.

Oral consumption of the dried leaves of Artemisia annua is proving to be very therapeutically cost effective against malaria and probably other diseases. Many flavonoids in the plant have weak antimalarial activity and also seem to help artemisinin’s therapeutic activity. Understanding how both artemisinin and flavonoid production are controlled in the plant is therefore very important for enhancing yields of these compounds in Artemisia annua.