Glutathione-responsive nano-vehicles have gained considerable interest because several intracellular compartments such as cytosol, mitochondria, and cell nucleus contain a high concentration of glutathione (GSH, 2-10 mM) tripeptides, which is 100-1000 times higher than that in extracellular fluids (about 2-20 μM). In tumor cells the GSH concentration is at least four times higher compared to normal tissues and the disulfide bonds of the nano-vehicles intend to be cleaved at the high level of GSH, leading to the nano-vehicles disassembly and subsequently the anticancer drug being immediately released to cancer cellular compartments.

A novel and simple strategy for preparing glutathione-responsive supramolecular hydrogel co-assembled of C2-symmetric benzene-based hydrogelator BG and 4,4′-Dithiodipyridine (DTDP) is reported in this study (Fig. 1a), which is driven by the intermolecular hydrogen bonds in the co-assembly process. The disulfide-containing nanofibrous hydrogel is able to control over the release of encapsulated dyes in response to the reductive condition mimicking the intracellular environment like tumor tissues and should be a promising system for controllable drug release in the fields of nanomedicine and cancer therapy (Fig. 1b). 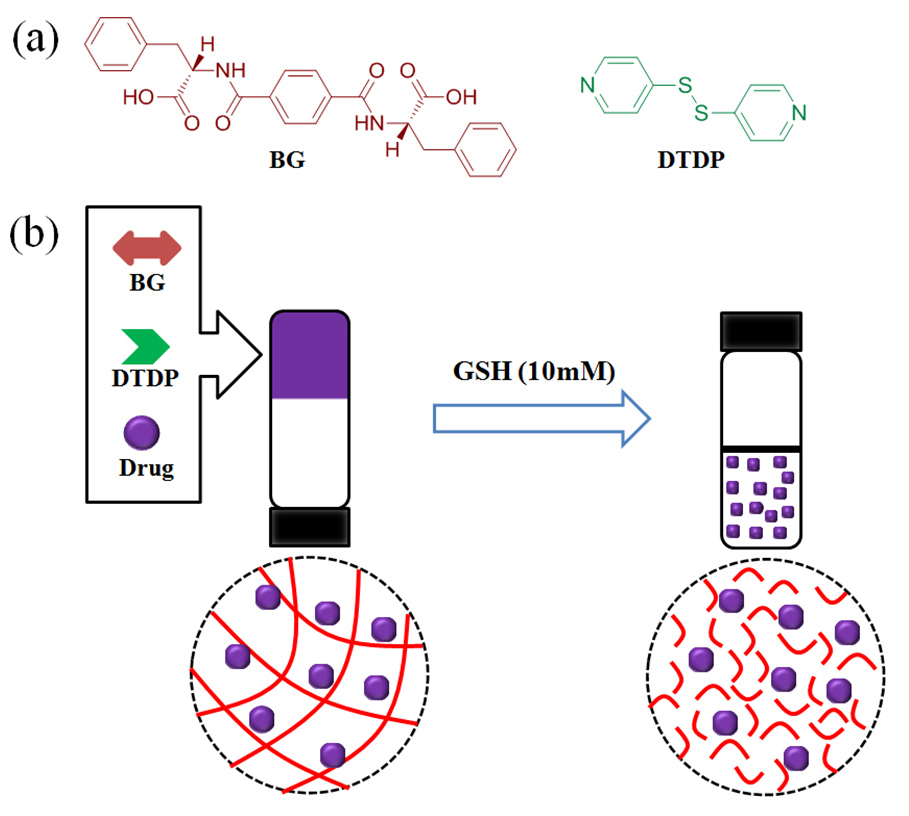 Fig. 1. (a) Chemical structures of hydrogelator BG and 4,4′-Dithiodipyridine (DTDP); (b) Drug release from co-assembly hydrogel in the presence of 10 mM GSH at 37℃.

Comparative experiment has been taken to probe responsiveness of the hydrogel. Under reductive environment of GSH, disulfide bonds were broken leading to complete collapse of gel network in five hours, however, hydrogel remain stable in PBS solution in the absence of reductant. It demonstrates that this disulfide-containing co-assembly hydrogel has the potential to be used as delivery vehicles for controlling the encapsulated agent release, such as anticancer drugs.

In conclusion, we have successfully explored a novel and easy approach to construct glutathione-responsive supramolecular hydrogel co-assembled from two small organic molecules. The formed intelligent disulfide-containing hydrogel displayed a redox-controlled drug release sensitivity through the breakup of –S–S– linkages, which is triggered by the reductive condition mimicking the intracellular environment like tumor tissues. It shows that the hydrogel holds great promise as drug carriers for controllable drug release in the fields of nanomedicine and cancer therapy in the future.