How cancer cells communicate with nervous and immune systems

In the last decade, studies have shown that cancer cells can influence their environment and bi-directionally communicate with other systems including immune and nervous systems. The neuro-immune interaction is a key player in influencing cancer development and progression. The nervous system plays an important role in regulating immune responses to a number of diseases including, cancer. Any dysfunction to the nervous system significantly impacts the progression of cancer. The immune system also plays a key role in tumor regression or progression and communicates with the nervous system via the release of neurochemicals such as, acetylcholine and catecholamines (adrenaline and noradrenaline). A number of immune cells such as, T cells, dendritic cells, natural killer cells, microglia and myeloid-derived suppressor cells express neurotransmitter cell surface receptors which are often found at the tumor site. 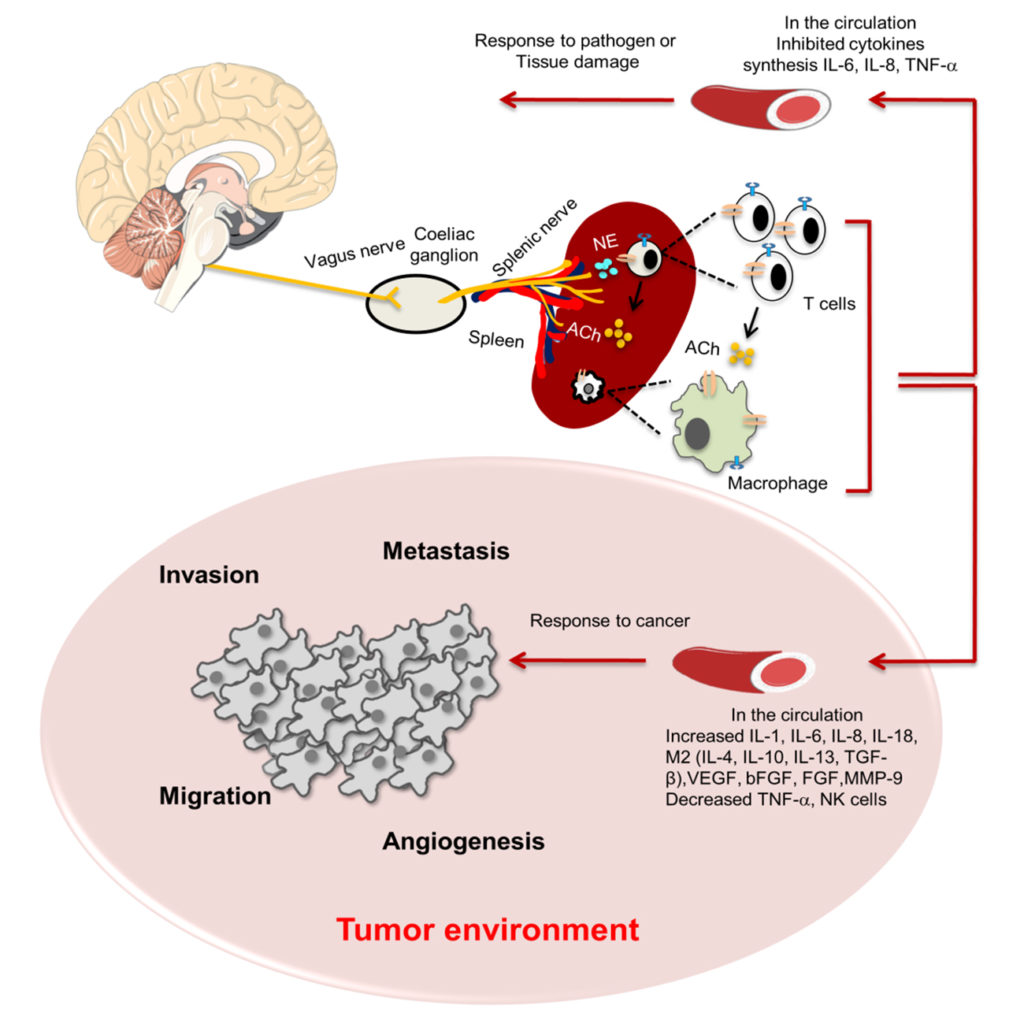 Fig. 1. Schematic diagram highlighting the critical function of the nervous system in modulating the immune cells leading to cancer progression.

β-Adrenergic signaling. Activation of the sympathetic nervous system results in the regulation of an number of cancer-related molecular pathways by β-adrenergic signaling and via β-adrenergic receptors expressed by tumor cells and immune cells. β-adrenergic receptors mediate a range of catecholamine effects on the nervous system, on immune cells and on cancer cells. As a result, inflammation, angiogenesis (formation of new blood vessel), increased tissue invasion and cell programmed death are mediated which influence tumor progression. In addition, β-adrenergic signaling suppresses the function of immune cells. It is clear that β-adrenergic stimulation results in increased cancer growth and spread. In addition, catecholamines induce cell death of cytotoxic lymphocytes (immune cells that kill cancer cells) and alter the function and activity of natural killer cells causing detrimental effects to the immune system, and allowing cancer cells to grow. Thus, persistent release of neurotransmitters from nerve terminals promotes cancer growth and metastasis via modulation and suppression of the immune system.

Cholinergic signaling. Acetyl-choline (ACh) binds to nicotinic receptors on macrophages and inhibits the release of pro-inflammatory cytokines in the spleen. Activation of the vagus nerve stimulates ACh production by T cells in the spleen and inhibits their release of cytokines. ACh receptors are expressed on cancer cells and ACh plays a role in cancer development and progression. In addition, stress initiates a cascade of responsive neural pathways in the central nervous system, leading to the activation of the sympathetic nervous systems. The stress response results in release of catecholamines, prolonged exposure to catecholamines under chronic stress is involved in cancer progression.

Most immune cells and cancer cells express adrenergic and cholinergic receptors. Through these receptors the nervous system is able to communicate with cancer cells via the release of neurotransmitters, cytokines and chemokines from both ends which influences cancer growth. Understanding the principal mechanisms of cholinergic signaling in regulating the immune system may highlight the significance of ACh inhibitors in cancer therapy.

The release of neurotransmitters by sympathetic nerve fibers assists the cancer environment to promote its growth and progression. Despite the increasing interest in the role of the nervous system in cancer development and progression, the knowledge in this area is scarce. Limited studies are available from cancer patients at different stages of disease. Understanding molecular mechanisms by which the nervous system modulates cancer growth and progression holds great prospect. Revealing the interplay between the nervous and immune systems in cancer may open new avenues in understanding mechanisms of cancer development and progression, identification of new biomarkers for cancer diagnosis and prognosis, and defining novel targets for therapeutic interventions.