How sustainable is British biogas?

Biogas is a renewable fuel produced from the controlled decomposition of organic material in the absence of oxygen (“anaerobic digestion”). Biogas contains 50-60% methane, and can be combusted to generate heat and electricity, or cleaned of impurities and injected into the gas grid or used to fuel transport vehicles. Governments in industrialised countries such as Germany, Sweden, France and Britain have encouraged the development of larger scale biogas plants to produce bioelectricity and transport biofuel, as part of their climate change and energy security policies. Feed-in-Tariffs for bioelectricity are a key policy mechanism driving expansion of biogas-fueled combined heat and power plants. In 2014, there were over 150 biogas plants in Britain using crops, manures and waste residues to generate biogas, and a further 415 plants in development. However, there is concern among livestock farmers that biogas plants increase land and forage feed prices, and concern among scientists that use of crops to produce biogas could displace food and animal feed production, contributing to global agricultural expansion and indirect greenhouse gas (GHG) emissions via land use change (Fig. 1). The environmental efficacy of the biogas sector also depends on: prevailing (counterfactual) management of waste streams diverted to it; on the amount of biogas that leaks to the atmosphere prior to combustion (methane is a potent GHG); on energy conversion efficiency of the biogas; and on management of the nutrient-rich digestate biofertiliser that remains after biogas production.

We combined statistics on quantities of biogas feedstocks digested and biogas plant characteristics to evaluate the environmental balance of the British biogas sector for the years 2014 and 2017. Consequential life cycle assessment was undertaken to account for all major environmental credits and burdens arising from expansion of the biogas sector, including: (i) avoidance of fossil fuel combustion; (ii) avoidance of conventional waste management (composting, incineration, sewer disposal, field decomposition and animal feeding); (iii) indirect land use change incurred by displacement of crops used for human or animal consumption (Fig. 2). 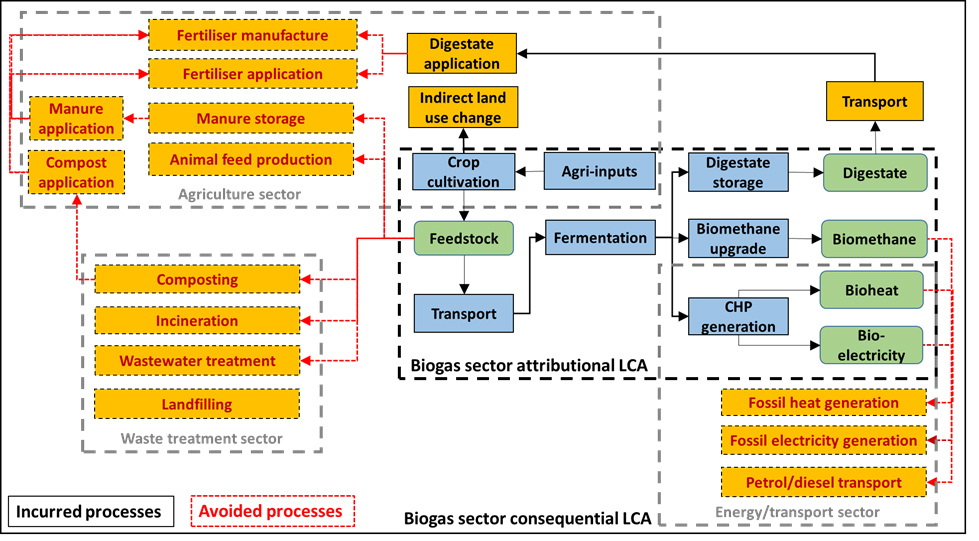 Fig. 2. Processes incurred or avoided through expansion of the biogas sector

By 2017, it is estimated that the UK biogas sector will annually save 21.4 to 25.9 PJe of fossil fuel (up to 736 million liters of gasoline equivalent), largely through use of biogas produced by food waste and crops. The sector will achieve annual GHG abatement of 1.3 to 1.8 million tonnes (Mt) CO2e, dominated by waste and manure feedstocks owing to avoidance of GHG emissions from composting of food waste and open storage of manures. However, annual GHG abatement could be constrained to 0.58 Mt CO2e under worst case assumptions about uncertain indirect land use change effects. We conclude that promoting biogas sector expansion via energy-based subsidies promotes inefficient use of land for biogas cropping, with low fossil energy substitution per hectare compared with e.g. wind turbines and solar photovoltaic panels, thus risking significant “carbon leakage” via indirect land use change. In terms of climate change policy, we suggest that it may be more efficient to focus financial support on small-scale manure-fed biogas plants that achieve effective GHG abatement, despite significantly lower energy conversion efficiencies than large crop-fed plants. Increased air and water pollution caused by ammonia emissions from the biogas sector could be largely mitigated via simple regulatory requirements to cover digestate stores and use trailing hose or injection application of digestate biofertiliser.