Inorganic Cadmium affects the fluidity and size of phospholipid based liposomes

Inorganic Cadmium (Cd) is a non-essential metal and a toxic environmental pollutant that induces multiple biochemical dysfunctions. Due to industrial activities since the 1800s, exposure to ever increasing levels of Cd has resulted in a significant impact on human health which requires a better understanding of metal induced changes to cell structure and function. While many studies have analyzed metal-protein interactions, fewer have investigated interactions of metals with lipids. The lipid bilayer is a selectively permeable membrane that acts as a barrier separating the inside and outside of all cells and lipids comprise about 50% of the dry weight of many cell membranes. The cell barrier represents a significant metal target but can contain more than 1000 lipids, thus it is necessary to investigate the interactions of Cd with simpler systems of initially only 1-2 lipids. 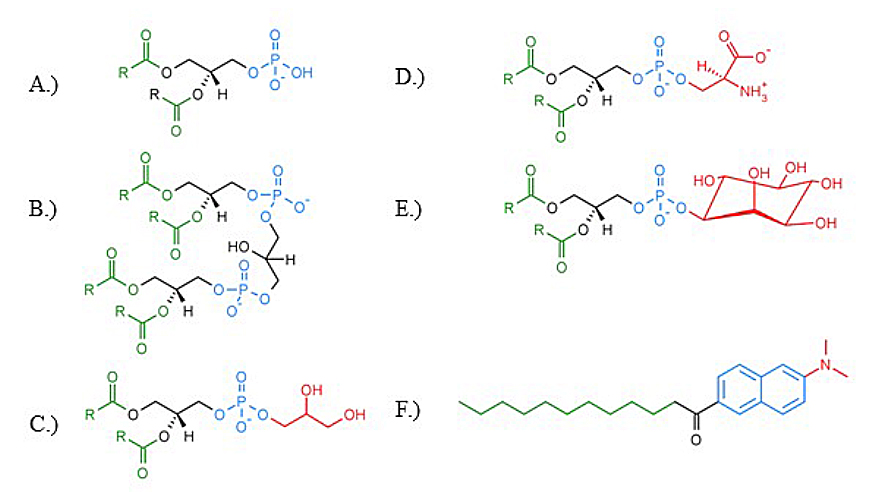 To study metal-lipid interactions, we utilized the fluorescent molecule Laurdan which readily incorporates into lipid bilayers and acts as a polarity sensor. Laurdan fluoresces more at 440 nm in tightly packed bilayers in the gel phase, where it is less accessible to water, while due to increased water exposure, Laurdan fluoresces more at 490 nm in the less tightly packed liquid-crystalline phase. These Fluorescence intensity changes can be related to membrane fluidity and quantified by using the generalized polarization (GP) equation.

GP was used to monitor fluidity changes versus temperature and to calculate membrane phase transitions temperatures (Tm) between the gel and liquid crystalline phases. We quantified Cd effects on both fluidity and Tm. 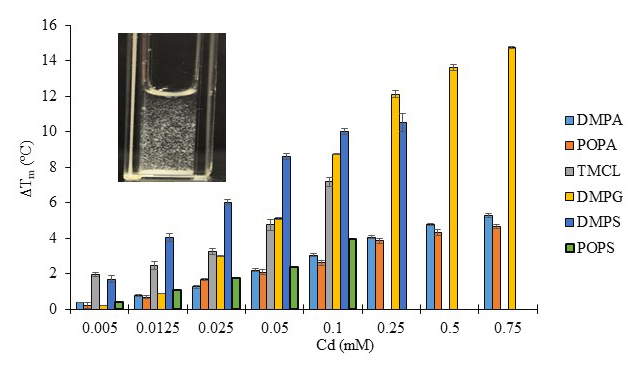