Mediated by nitric oxide (NO), intact endothelial cells control vascular homoeostasis by regulating vascular tone and preventing smooth muscle cell proliferation, monocyte adhesion to the endothelium and platelet aggregation, thereby protecting blood vessels from the formation of atherosclerosis. Endothelial dysfunction (ED) is characterized by a reduced bioavailability of NO as well as an impairment of endothelium-dependent vasodilatation. NO is formed from the semi-essential amino acid l-arginine by the endothelial nitric oxide synthase (eNOS) enzyme as long as the B vitamins B6, folic acid and B12 are provided at sufficient levels. NO is involved in numerous regulatory mechanisms of the vascular system, and lack of NO is now widely regarded as a key molecular mechanism causing cardiovascular disease. An important nutritional, physiological goal is the improvement of the elasticity of the arteries via physiological effects on the vascular endothelium through specific supply of nutrients, particularly in conditions associated with a higher cardiovascular risk. 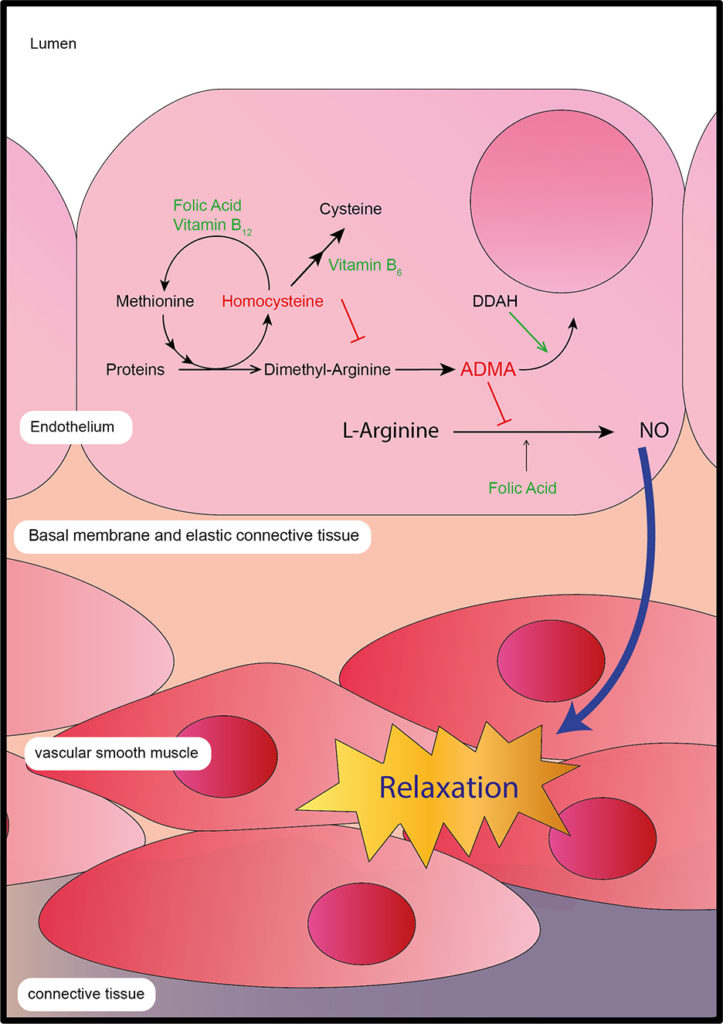 Fig. 1. Synergistic effects of L-arginine and B vitamins.

The aim of this confirmatory, prospective, randomized, placebo-controlled, double-blind, single-center trial was to investigate the influence of a dietetic product consisting of a unique combination of l-arginine with the vitamins B6, folic acid and B12 (Telcor® Arginin plus) on endothelial dysfunction.

The primary efficacy analysis revealed superiority of the nutritional intervention over placebo (p = 0.0349) in reducing the deterioration of endothelial function. While in the active group ΔΔRHI increased (0.371 ± 0.122), almost no change could be detected in the placebo group (0.031 ± 0.100), thus demonstrating a significant improvement in vascular function in the intervention group. Moreover, the intervention reduced BP and homocysteine levels and increased night-time reduction of BP (nocturnal BP dipping).

Non-serious adverse events were equally distributed in both groups, and none of the events were assessed as possibly intervention-related by the investigators. 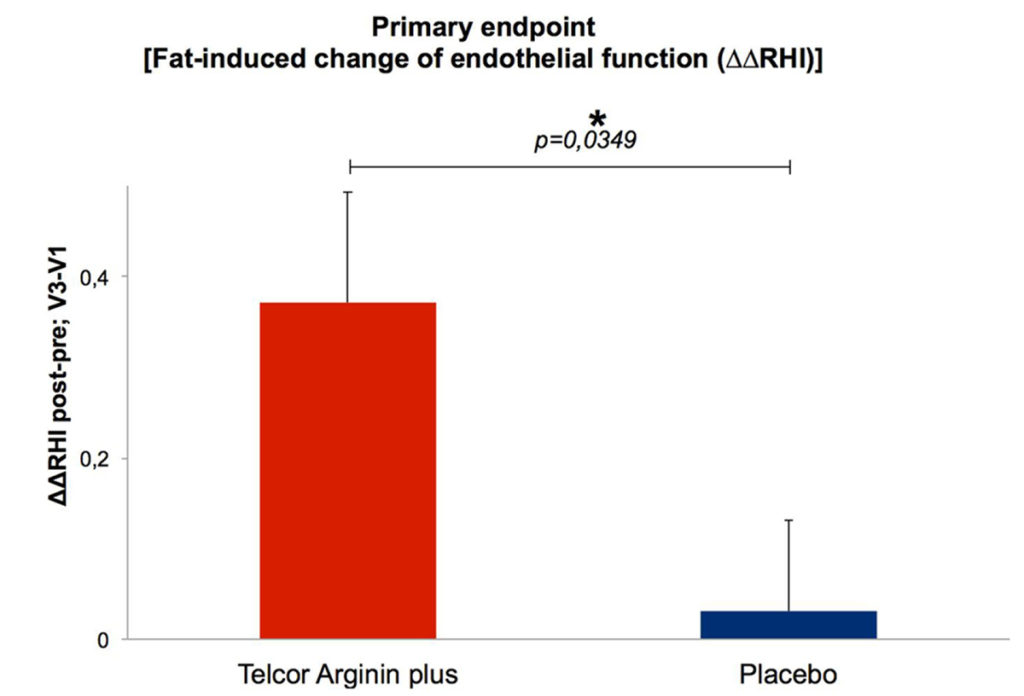 In conclusion this trial confirmed the effective and safe use of dietary management with l-arginine in combination with B vitamins. The primary efficacy analysis demonstrated a statistically significant superiority of the combination of l-arginine with B vitamins over placebo in improving and restoring impaired endothelial function and lowering BP in patients with mild to moderate blood pressure elevation. The result was achieved through a daily supplementation of 2.4 g l-arginine in combination with B vitamins, confirming the practical relevance of the synergism between these nutrients when used in small amounts. The dietary intervention can be considered a physiological alternative and a non-pharmacological, nutritional support of conventional treatment of cardiovascular disorders which addresses the underlying pathophysiology. Particularly for subjects with mildly to moderately enhanced BP and/or early stages of atherosclerosis where impaired endothelial function is evident, the innovative nutritional combination of l-arginine and B vitamins can successfully be used for dietary management in order to complement the existing therapeutic repertoire of methods so that cardiovascular health can be maintained, improved or even restored.