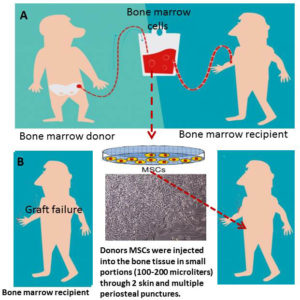 Allogeneic bone marrow transplantation (allo-BMT) provides an opportunity for survival in leukaemia patients. Patients receive highly active drugs to kill tumour cells and then receive transfusions with donor haematopoietic stem cells (HSCs). The drugs destroy not only malignant cells but also those involved in normal blood formation. Usually, normal donor cell-mediated haematopoiesis recovers within one month after allo-BMT. In 3 patients observed for more than 3 months, haematopoiesis was not restored, i.e., transplanted HSCs were not engrafted. In these cases, patients require the continuous transfusion of blood components and should be kept under sterile conditions; otherwise, the patients are at risk of death from infections.

Cryopreserved MSCs were thawed and implanted into the bone. After 2 weeks, 2 patients exhibited recovery of their own haematopoiesis, and 1 patient exhibited recovery in 2.5 months. All patients survived. At 3 and 5 months after MSC implantation, bone marrow puncture was performed for routine investigations. The sites of puncture were located closely to the sites of intraosseous MSC administration. From patients’ bone marrow cells, MSCs were cultured and tested for the presence of donor cells (Fig. 2).

It appeared that 1–18% of MSCs were of donor origin. Samples of MSCs containing donor cells grew better than those consisting of only patient cells. This can be explained by the fact that the stromal cells of the patient were subjected to the damaging effects of the drugs used before and during allo-BMT, whereas donor MSCs were intact. The detection of donor MSCs in patients demonstrated, for the first time, the possibility of their long-term engraftment and function. Perhaps the lack of restoration of haematopoiesis in some patients was due to damage to their own stromal cells. Donor HSCs could not find a niche and were not engrafted. The introduction of donor MSCs into the bone supported the partial restoration of the stroma. MSCs probably performed trophic functions that allowed patient HSCs to begin producing mature blood cells. An individual’s own haematopoiesis is rarely destroyed completely, and some HSCs survive, but a long time is needed to restore blood cell production. In these patients with graft failure, MSC implantation enabled patient HSCs to start functioning. 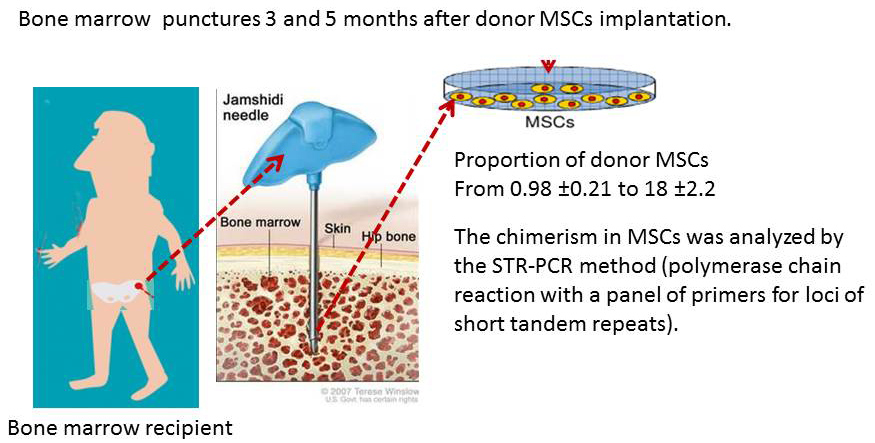 Fig. 2. Analysis of MSCs from bone marrow of patients.
Bone marrow punctures were performed at 3 and 5 months after donor MSC implantation into the bone.

Two important conclusions could be inferred by these results:
1. MSCs implanted into the bone survived and functioned in the patient’s bone marrow for more than 5 months.
2. These findings open new possibilities for the treatment of patients with graft failure after allo-BMT.