What is the connection between the ability of the human immune system to destroy invading pathogens, the growth of a pollen tubule on its way to fertilise a flower’s ovum, and the extension of a fungal hypha that can penetrate the toughest substrate with a pressure of up to 80 atmospheres? The answer, according to a radical proposal outlined in my review article, is a highly ubiquitous, membrane-bound enzyme known as nicotinamide adenine dinucleotide phosphate (NADPH) oxidase – or NOX for short. 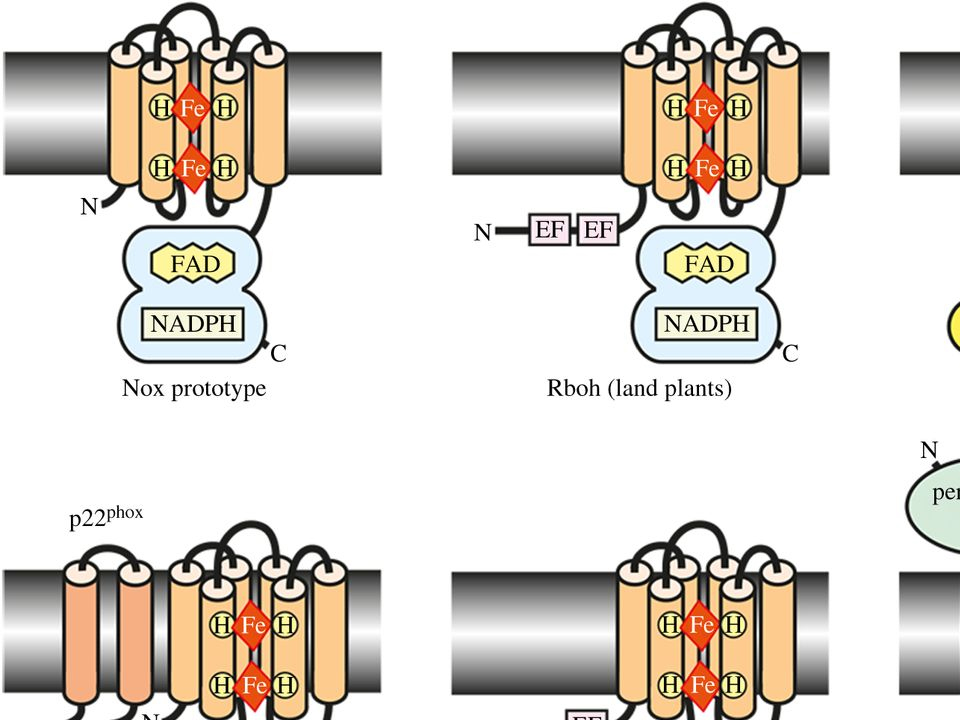 As far back as 1978, I demonstrated that NOX plays a central role in the function of human neutrophils, the most numerous of the white blood cells that have prime responsibility for killing invading bacteria and fungi by surrounding and engulfing them in a process known as phagocytosis. We showed that NOX molecules, sitting in the membrane of the pathogen-destroying vacuoles that form within the neutrophil, are associated with a burst of non-mitochondrial respiration, called the “respiratory burst”. This respiratory burst effectively transfers electrons from NADPH residing on the cytoplasm side of the vacuole membrane to oxygen within the vacuole itself and generates the superoxide free-radical O2–.

At the same time, the NOX optimises the conditions in the vacuole for enzymes to kill the engulfed microbe. This is why NOX is so essential for the healthy functioning of the immune system, and why anyone suffering from defective NOX enzymes develops a profound immunodeficiency syndrome called chronic granulomatous disease. That much is known. However, what has emerged over the years is that NOX genes are remarkably well conserved throughout the living world.. Genome studies have revealed that various types of NOX are present not only in humans and other animals, but in plants, fungi and red algae. It is clear that NOX has an ancient evolutionary history, perhaps predating the origin of complex, multicellular organisms hundreds of millions of years ago.

What can its function be across this disparate group of living organisms today?

The common factor is its role in being able to transport electrons, carrying them from NADPH – which is one of the first molecules to form during photosynthesis – to oxygen, forming the superoxide in the process. Some researchers have suggested that the NOX molecules play the role of biological messengers, but I believe this is misguided. I think the real function of NOX is to act as a kind of universal store of electrochemical energy that can be rapidly and efficiently expended on carrying out various biological functions that different organisms depend on to survive – whether it is the growth of a hair root in a plant or the dissolution of an invading pathogen engulfed in the vacuole of a human neutrophil.

In this review, for instance, I put the case that NOX is involved in controlling the turgidity or internal pressure of plant cells, which is crucial for example to the opening and closing of the guard cells of the stomatal openings in the leaves of respiring, photosynthesising plants. I also present evidence for its involvement in the turgidity of the tips of a plant’s root hairs, and the extension of the “penetration pegs” of filamentous fungi, which push out from the fungal hyphae into “host” substrates, such as the tough exoskeleton of insects or the waxy surface of evergreen leaves.

Perhaps most intriguing of all, I suggest that one type of NOX plays a critical role in modulating blood pressure in humans via the endothelial cells lining the capillary network – raising the prospect of new therapies to control hypertension. In short, NOX appears to be a universal tool in the biochemical toolbox of life.