Athletes often perform activities that involve repeated, intense and / or unaccustomed contractions, whereby the active muscle lengthens as it contracts. For example , the quadriceps muscles repeatedly lengthen when walking downstairs, running downhill and cross – country skiing. In these situations, when a muscle lengthens under tension it is termed an eccentric contraction. Following ‘eccentric exercise’ it is common to experience delayed-onset of muscle soreness as the muscle fibres go through a process of: damage, repair, and then adaptation. It is common for this adaptive process to exceed 72 hours. 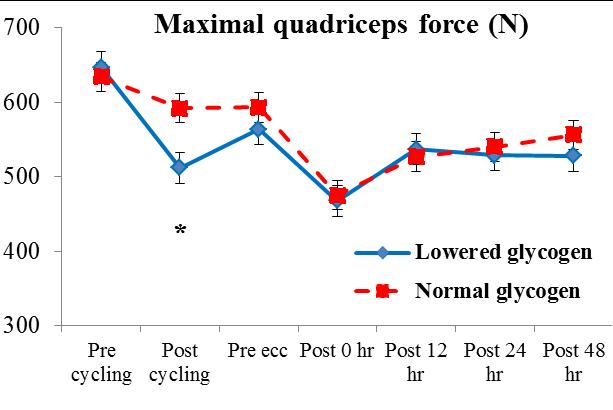 Fig. 1. Maximal quadriceps force during the experimental period with normal glycogen and with low glycogen.

People often incorporate eccentric exercise as part of training routines, and when training over consecutive days. Under these circumstances i) muscle recovery may still be on-going and, ii) the individual may be exercising with low muscle glycogen. As glycogen availability is closely linked to neuromuscular fatigue and stimulates inflammatory responses during exercise, it is important to understand whether low glycogen may influence fatigue and inflammation after muscle-damaging, eccentric exercise.

Our study had 12 untrained men undergo two conditions at least 6 weeks apart: 1) downhill running with normal glycogen (NG) and, 2) downhill running with low glycogen (LG). Neuromuscular function, muscle soreness, blood glucose, blood lactate and plasma interleukin-6 (IL-6) (an inflammatory marker) were measured before, and up to 48 h after eccentric exercise. For each condition, the first experimental session occurred in the evening and involved either: a seated rest (NG) or a glycogen-lowering cycling protocol (LG). Early the following morning participants completed the downhill treadmill run (-12% gradient at 12.1 ± 1.1 km/h), involving five 8 min stages, with 2 min jogging intervals. At 12, 24, and 48 h after downhill running neuromuscular and soreness of the quadriceps was measured, and blood samples were collected to determine IL-6 levels. To prevent bias in the study conditions were performed in random order. 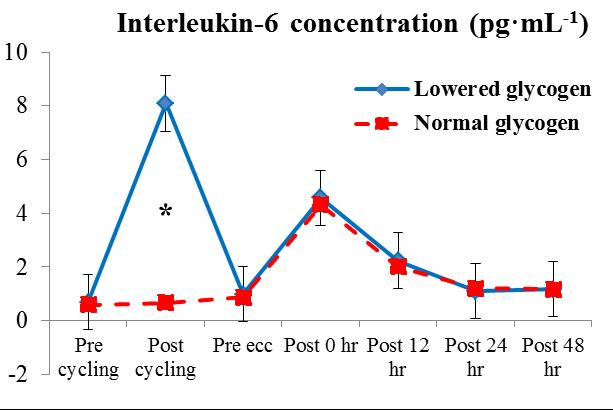 Fig. 2. Interleukin-6 concentration during the experimental period with normal glycogen and with low glycogen.

We found force loss of the quadriceps to be similar during recoveries (Fig. 1). Although low glycogen was associated with greater neuromuscular fatigue, the level at which an individual could activate their quadriceps was similar between normal and low glycogen, as were the inflammatory, IL-6 levels (Fig. 2). It seems that performing unaccustomed, muscle-damaging exercise (like downhill running) with low glycogen, may result in greater fatigue, but does not influence muscle soreness or inflammatory responses in the early recovery period.