Phage therapy is the use of bacterial viruses, known as bacteriophages, or phages, to control or eliminate problematic bacteria (Fig. 1). Targeted bacteria can range from biofouling agents to agricultural pests to human pathogens, etc. 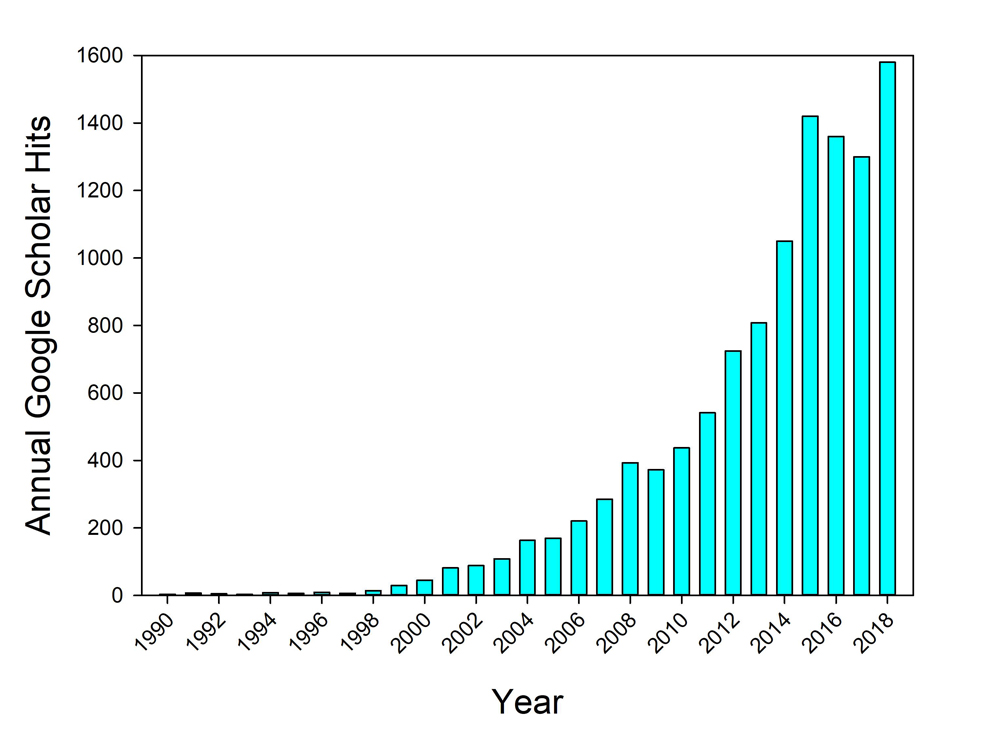 As has been recognized medically for decades, and becoming increasingly appreciated more widely, there are problems associated with ‘traditional’ approaches to dealing with undesired bacterial colonization and infections using antibiotics, which contrasting phages are relatively small-chemical antibacterial agents. These issues include: (1) Targeted bacteria are not always treatable even if antibiotic sensitive (so-called antibiotic tolerance, as often seen with chronic bacterial infections). (2) Chemical antibiotics can be toxic to treated individuals. (3) Broad-spectrum antibacterial agents, including many or most antibiotics, can negatively impact our microbiomes—these commensal bacteria, living in association with our bodies, are increasingly recognized as being important if not crucial to our health (‘spectrum of activity’ is a measure of the range of bacterial species an antibiotic can treat). And, of course, (4) bacteria have been found to possess a substantial capacity to acquire outright resistance to antibiotics. Consequently, identification of alternatives to antibiotics as selectively toxic antibacterial agents is becoming increasingly urgent.

Phage therapy has been practiced clinically now for about 100 years. Phages are highly diverse, thereby allowing for high potentials to overcome acquired resistance to phages. They use different antibacterial pathways than antibiotics, resulting in low potentials for cross resistance. They consequently can be effective even against antibiotic-tolerant chronic or antibiotic-resistant bacterial infections. Phages generally display high levels of safety when used clinically, having low toxicity against body tissues. And they have narrow spectra of activity, resulting in minimal impact on microbiomes. This includes a low potential to give rise to what are known as dysbioses (pathological microbiome disruptions) and associated superinfections, e.g., such as antibiotic-associated ‘C. diff’ infections, or vaginal yeast infections. Phages also are one of only a few antibiotic alternatives which have already been in clinical use for some time, indeed for longer than most of us have been alive. Phages in fact are already approved for use as biocontrol agents even in places where they are not yet routinely used clinically, such as for treatment of ready-to-eat foods which otherwise can be contaminated with pathogenic bacteria.

An obvious question then is why, if phages have so many advantages, they have not more prominently supplanted or at least come to supplement antibiotics as antibacterial agents, particularly in the United States and Europe. The answers to this question are multifold, including that phage therapy implementation is not identical to antibiotic application – owing, to a large degree, to the narrow spectrum of activity of phages – and the use of phages otherwise is not familiar to most physicians. Nor are phage products even all that available to most physicians. Phages, like any antibacterial agent in this modern era, also are economically challenging to bring to market. And phages in fact do supplement antibiotics as clinical antibacterial agents, just not everywhere, e.g., particularly they are used extensively in former Soviet Union republics, and in Poland. The pressing need with phage therapy, to both save lives and relieve the suffering of those afflicted with chronic bacterial infections, is to successful translate known phage therapy utility into common clinical practice. This will require both a rigorous ‘pharmacologically aware’ approach and, as with ongoing antibacterial development generally, also enthusiastic public support.