Gee-haw whammy diddle is a mechanical toy consisting of two wooden rods and a propeller. The main rod has a series of notches engraved in it and a propeller loosely attached to its end. The driving rod is used for rubbing over the notches of the main rod, causing the propeller to rotate. Skilled performers can achieve high rotation speeds of the propeller and quickly change the direction of rotation.

The propeller’s rotation can be explained using a combination of two different mechanisms. Firstly, as the driving rod is rubbed over the notches of the main rod, the main rod starts to vibrate; the properties of these vibrations are determined by the grip used and the force exerted by the performer. Secondly, as the main rod is vibrating, the propeller starts to collide with the nail, resulting in its rotation. 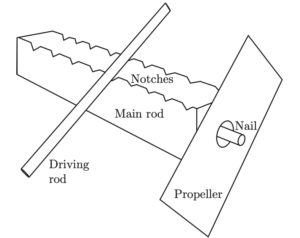 Observation 3
A spinning propeller spends most of its time in free fall, only interrupted by frequent but extremely short collisions with the nail. These collisions cumulatively contribute to the propeller’s overall rotation, as displayed in Figure 2. 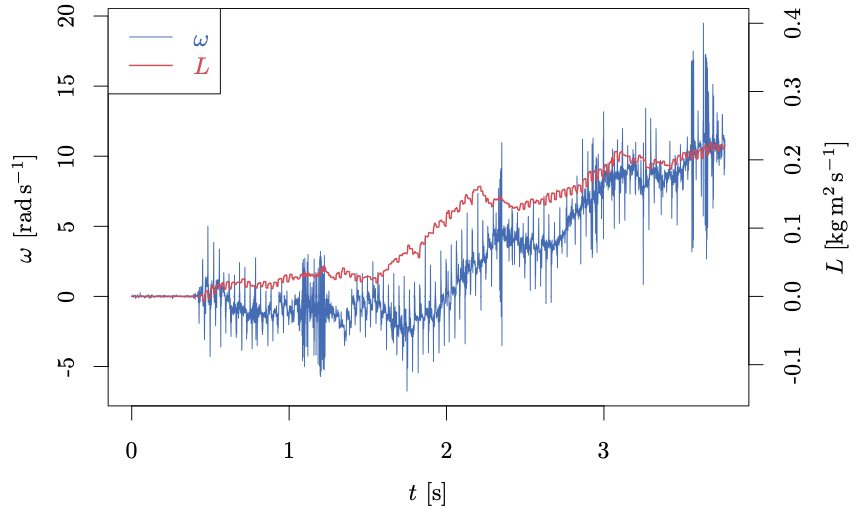 Fig. 2. Estimated propeller speed based on its collisions with the nail (blue) vs the propeller’s actual speed (red) during the first few seconds of its movement.

As a whole, these observations contribute to a new conceptual model of the gee-haw whammy diddle. Rather than seeing it as a simple continuous mechanism (like the hula-hoop), the gee-haw whammy diddle is a fundamentally chaotic system of random collisions leading to a stable motion of the propeller under the right conditions – namely an optimal acceleration of the nail and sufficiently high friction between the nail and the propeller.