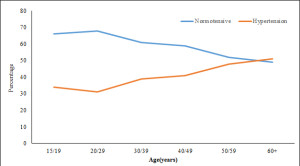 Fig. 1. Association of age and hypertension.

Hypertension in South Africa was estimated at 21% in the 1998 Demographic and Health Survey, and it was slightly more common in women (14%) than men (11%). The extent of hypertension in rural communities of South Africa has not been well documented. In June 2011 – March 2012, we conducted a study to determine the extent of the problem and some of the risk factors that puts adults in rural areas at risk of developing hypertension.  The study was done in a Health and Demographic Surveillance Site (HDSS) with 15 villages, 7200 households and a population of approximately 36 000. A total of 1407 individuals participated in the study of whom 1281 had complete information and were included in the final analysis. These participants were 15 years and older, permanent residents of the area and adequately literate.

The results show a high prevalence rate of hypertension in this rural community which is associated with being married, having a low education level and falling into an older age group. Given the importance of BP control in reducing the risk of CVD, there is an urgent need for strategies to promote BP screening at the local health facilities as well as at the community level and to promote prompt treatment initiation and follow-up of cases. In addition, salt reduction in food requires commitment at both provincial and national level.