Suicide is a significant public health issue and is a leading cause of death globally. For each person who dies by suicide, numerous family members, friends and members of the wider community are affected. Effective interventions that can decrease suicide rates are needed, and while much further research is needed, some have to date, been shown to have positive impact. These tend to address limiting access to means (such as bridge barriers to prevent jumping), responsible media reporting of suicide and improved suicide risk management in primary health care and specialty mental health services. 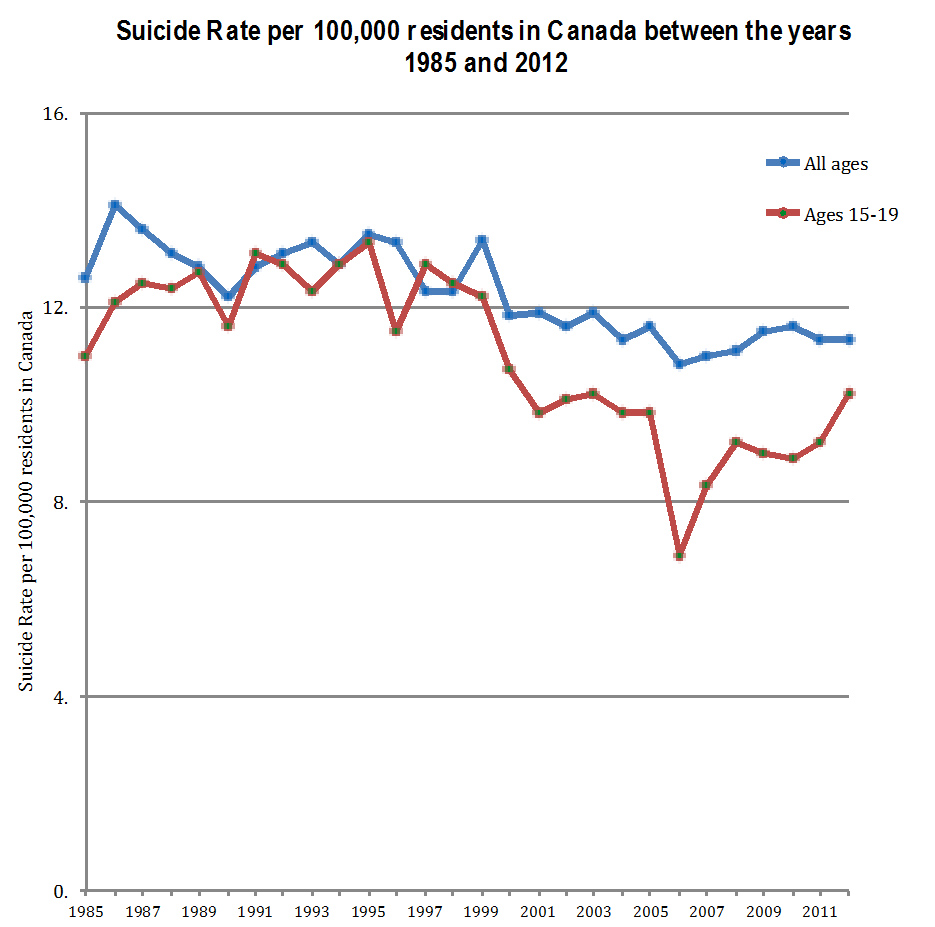 Recently, public discussion of suicide has become common and numerous organizations focusing on suicide prevention have emerged. Numerous countries have enacted national suicide prevention strategies and so called community- and school-based suicide prevention programs, developed and made widely available through various vendors, have become popular. Widely marketed, many of these have not undergone the rigorous testing to determine if they are effective or safe.

Our results, published in the Canadian Journal of Psychiatry showed that none of the above identified programs had any evidence that they decreased suicide rates, decreased admissions to hospitals because of suicide attempts, decreased emergency room visits due to a suicide attempt or decreased self-reported suicide attempts. At best, programs reported decreases in self-reported suicidal ideation and satisfaction with receiving the program. None of the outcomes measures reported are known to be appropriate direct or surrogate measures of death by suicide.

One report on the SOS program demonstrated increased self-reported suicide attempts in intervention compared to control groups, a finding that was not highlighted in either the abstract nor the discussion but was hidden in a poorly constructed table in the results section. The study on YR reported no change of help-seeking behaviors in the population. For the widely subscribed ST program, the entire global database in published papers describes 17 veterinary students in Glasgow Scotland who reported that they enjoyed taking the program and felt it was helpful! All papers were published in peer-reviewed journals, some of which were primarily dedicated to research related to suicide and suicide prevention.

In Canada, the ST program is delivered by many community mental health organizations and provides revenue for them and the company that has created and promoted the program. It is advertised as an effective suicide prevention intervention and offered to individuals, businesses and other organizations.

During the time that these programs have achieved widespread application across Canada, the suicide rate in young people has risen substantially from 2006 to 2012 (Fig. 1).

While co-relation is not causality, this association is a concerning one. It raises the question why recognized mental health organizations market and provide “suicide prevention” training programs in the face of no evidence of effectiveness and in the face of concerns about harm. Also concerning is the realization that these studies have passed peer review – in journals dedicated to the scientific study of suicide prevention. This certainly raises concerns about conflict of interest or quality of scientific review, or both. Finally, this raises the question why regulatory bodies do not address health products such as these in the same way that they address the oversight of pharmaceuticals.