Malignant rhabdoid tumors (MRTs) are aggressive childhood cancers that are often resistant to chemotherapies and spread to other areas in the body (metastasis), making them one of the most lethal solid cancers known. Primary MRTs are frequently found in kidneys and the brain. However, their cells of origin are unknown, making it difficult to understand their underlying biology. MRTs are rare, affecting approximately 25 new children every year in the United States alone. However, they make up approximately 20% of all cancers found in infants, thus creating a significant health problem within the infant population. Despite their highly malignant characteristics, most MRTs develop due to mutations that cause loss of a protein called SMARCB1, a member of the SWI/SNF protein complex that is responsible for proper DNA packaging and organization, and regulation of gene expression. 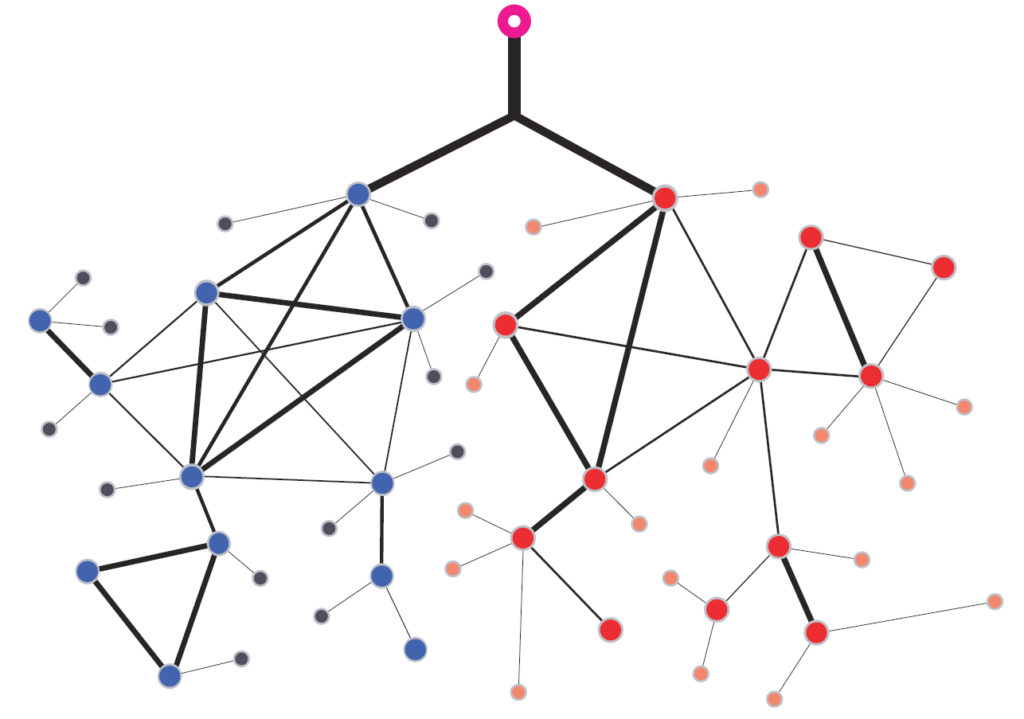 Loss of one protein can affect a wide range of biological processes and lead to development of aggressive cancer such as MRTs.

To understand the molecular effects of SMARCB1 loss in MRTs, researchers had previously studied MRTs using technologies that allowed only selected regions in the genome to be analyzed. Limited availability of comprehensive molecular analyses and appropriate disease models, and limited understanding of the molecular consequences of SMARCB1 loss have made it difficult for researchers to understand MRTs and to make progress treating the disease. To provide comprehensive molecular analyses, we used state-of-the-art DNA sequencing and computer technologies to analyze non-brain MRTs in patients who enrolled in a pediatric cancer research initiative known as the Therapeutically Applicable Research to Generate Effective Treatments (TARGET) project.

Our analysis identified genetic mutations, gene expression patterns and chemical modifications of DNA (DNA methylation) and of DNA-associating histone proteins, which regulate gene expression. Our analyses showed that SMARCB1 loss resulted in multiple molecular changes in MRTs. Different aspects of a surprisingly complex MRT biology were revealed: A comparison of MRTs to 37 other cancer types and 27 normal tissue types using data obtained by The Cancer Genome Atlas (TCGA) project revealed that, although the MRTs arose in kidneys, livers, and soft tissues, many were most similar to normal brain cells, and to cancers of the adrenal gland (called paragangliomas and pheochromocytomas) that originate from a group of progenitor cells in embryos called the neural crest. On the other hand, other MRTs were more similar to a soft tissue cancer type called synovial sarcoma, which is known to also have SWI/SNF aberrations (Kadoch C and Crabtree GR. Cell. 2013). Dysregulated neural crest development in MRTs was further suggested by differentially expressed genes that regulated neural crest development stages. Additional development-regulating processes (such as WNT- and BMP-signaling pathways) and cancer-related processes (such as cell invasion and migration) also included differentially expressed genes in MRTs compared to normal cells. DNA methylation data revealed yet another layer of molecular differences among MRTs, which were associated with the age of the MRT patients. DNA methylation differences between age-associated subgroups were particularly pronounced in known “tumor suppressor” genes and in HOX genes, which are important regulators of embryonic development. These HOX genes were also associated with depletion of particular histone protein changes that normally caused gene repression. Further, when we analyzed another type of histone changes that caused gene activation, HOX genes were found within a region – spanning approximately 110,000 nucleotides – with a high density of the gene-activating histone changes that were found only in MRTs and not in normal cells. This observation explained elevated expression of these genes in MRTs, and again indicated dysregulated developmental processes, particularly those that involve HOX genes.

Together, our study of non-brain MRTs revealed molecular complexities that appeared to be driven by loss of only a single protein – SMARCB1. Our study further indicated that this single driver event affected important developmental processes, including those that may provide more clues to the elusive MRT cells of origin. Our data resources, and the novel insights revealed from them, have contributed to a better understanding of MRT biology, which we hope will stimulate the development of more effective treatments for this deadly cancer.