To improve the effect of a vaccine, adjuvants are often included in the vaccine formulation. An adjuvant is a molecule that potentiates the immune response induced by the vaccine, and commonly used adjuvants in vaccine formulations are aluminium salts as aluminiumoxy-hydroxide and aluminiumhydroxyphosphate. In spite of the extensive use of these mineral adjuvants since the 1920s, it is still not known exactly how they work. 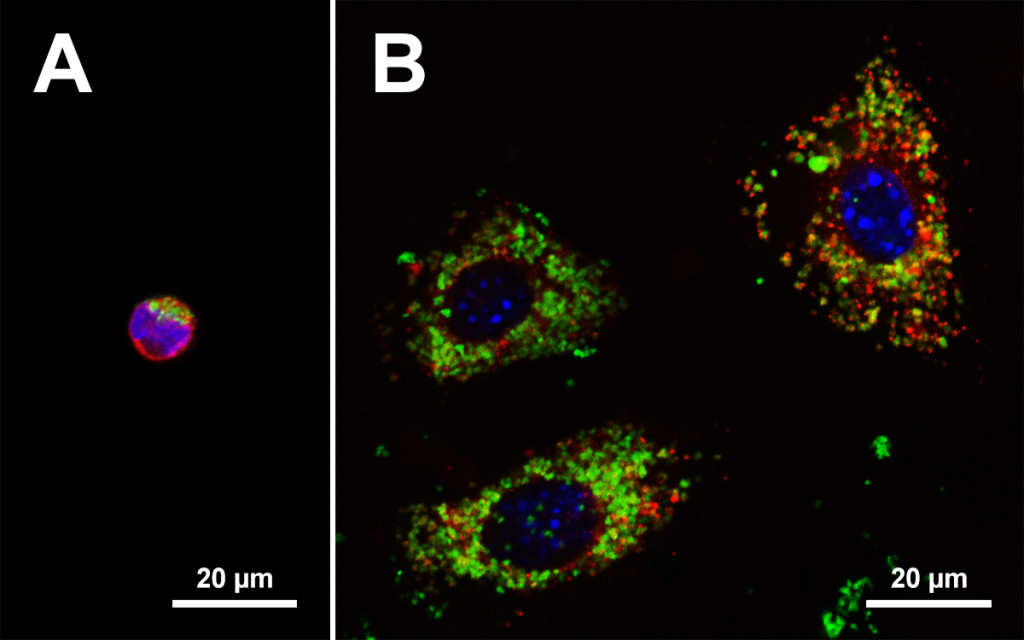 In a vaccine formulation the aluminium adjuvants are dispersed as small particles in water. These particles vary in size (from nanometres to micrometre) and the antigen, the molecule the immune system is supposed to respond to, is attached to their surface

The immune system comprises cells that help the body to battle pathogens, and can briefly be divided into sentinel cells and effector cells. Monocytes, neutrophils and dendritic cells are all sentinel cells, and they circulate the body and sample screen their surroundings for foreign materials. If they find a danger associated molecular pattern (DAMP) or another unknown compounds, the sentinel cells become activated and trigger an immune response. This results in the maturation of effector cells, such as B and T cells. The sentinel cells are extremely good at removing cell debris and foreign micrometer sized material by a process called phagocytosis, in which the cells engulf the material. Hence, upon contact with aluminium adjuvants, these cells will engulf the adjuvant particles. 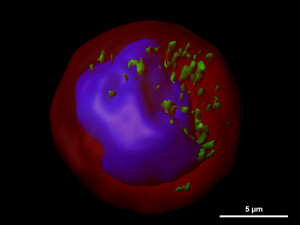 Fig. 2. Digital visualization of intracellular aluminium adjuvant. Digitally rendered image of a cell showing the nucleus as blue (DAPI), the actual cell as partially transparent red (CellTrace™ Far Red), and aluminium adjuvant as green (lumogallion). The image was generated from 25 individual cross section images taken with a microscope at different depths of the cell, out of which the centre image is depicted in Figure 1A. The digital image shows that the aluminium adjuvant is localized as particles inside the cell. For a better visualization, the cell can be seen rotating in a video (see below). The digitalization was made in Bitplane Imaris 8.1.2.