Understanding the many languages of RNA

The influence of DNA base modifications such as cytosine methylation in gene regulation is well established. These DNA modifications can act as epigenetic, non-nucleotide changes, modifications that ultimately shape the phenotype of the organism. Recently, a new player has emerged in the field of epigenetics – RNA nucleoside modifications. There are over 100 chemically distinct RNA modifications known, however, the lack of molecular tools meant research into their prevalence and biological role remained under analysed. 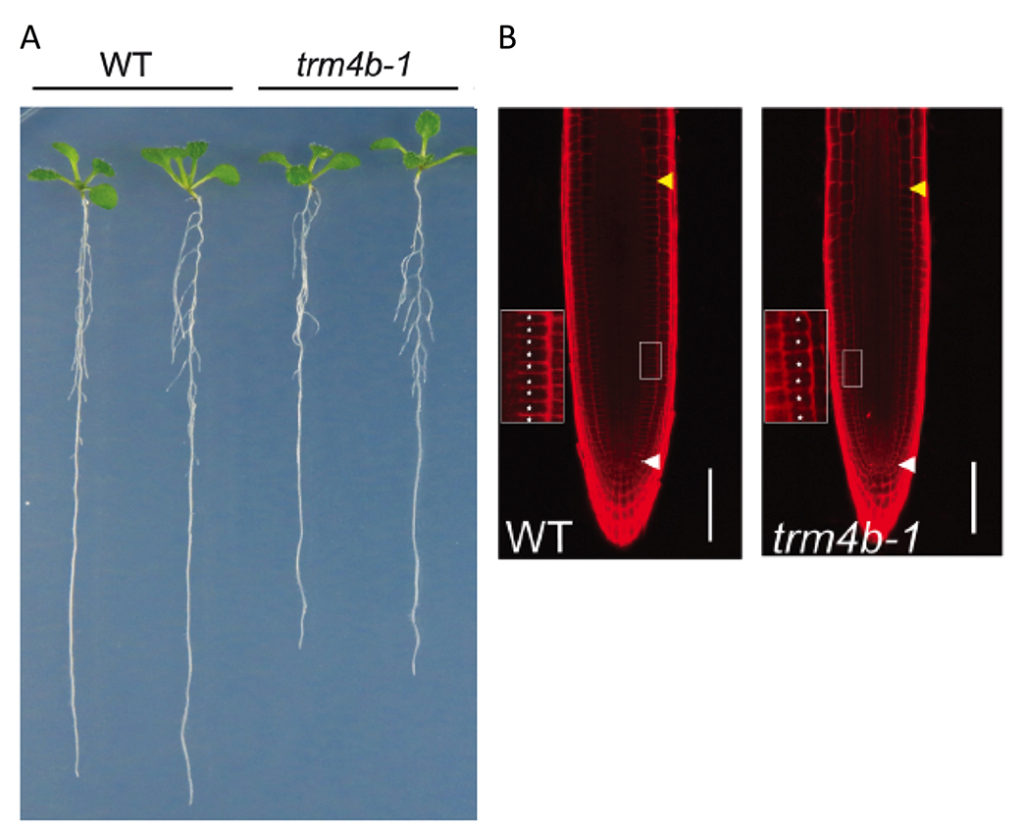 One such modification, 5-methylcytosine (m5C) is an established epigenetic mark in DNA, but is also found to be present as an abundant posttranscriptional modification in RNA. The m5C modification is abundantly found in transfer RNA (tRNA) and ribosomal RNA (rRNA) affecting RNA stability and loss of m5C modification is linked to multiple diseases in humans. We previously demonstrated the widespread occurrence of m5C methylation in tRNA and rRNA in diverse plant species, suggesting important and highly conserved roles. To study m5C patterns in plants, we used bisulfite conversion, which is considered the gold standard technique for assessing DNA methylation and adopted it for use in RNA. Bisulfite conversion was combined with high-throughput transcriptome-wide sequencing to identify RNA harbouring methylated cytosines with single base precision. In our latest study published in The Plant Cell journal, we shifted our focus to understanding m5C in other RNA classes. For the first time in plants, we measured in high-resolution, m5C methylation patterns in mRNAs and long non-coding RNAs and reported over 1,000 sites in leaves, roots and siliques. Interestingly, we found that m5C patterns differ depending on the tissue analysed, suggesting m5C may contribute to tissue-specific function and regulation.

The nucleotide specificity and tissue specific changes in m5C levels suggest that the enzymes that introduce the m5C modification, known as ‘writers’ recognize or are controlled in a precise manner in plants. We earlier showed one such ‘writer’ in Arabidopsis, called TRM4B, was responsible for tRNA cytosine methylation. We hypothesised that TRM4B can also mediate methylation in other RNA classes. To test the hypothesis, we used Arabidopsis mutant plants lacking a functional copy TRM4B gene as well as transgenic plants with increased amounts of TRM4B. We observed the trm4b mutant displayed loss of m5C methylation in protein coding and non-coding RNA transcripts and increasing the amounts of TRM4B enzyme had the opposite effect of increasing RNA methylation levels. This strongly suggests TRM4B plays a major role mediating transcriptome-wide RNA methylation in Arabidopsis.

We next analysed the biological significance of losing m5C RNA methylation during plant development. Using the trm4b mutant, we closely monitored plant growth and found crucial links of this modification to lateral root emergence and root elongation. During the early stages of seedling growth, the root of trm4b mutant was significantly shorter compared to the wild-type (Fig. 1). This phenotype was due to the mutant having a reduced cell division capacity in the root meristem, which is the primary driver of root growth. The mutant also shows increased sensitivity to oxidative stress damage, thus providing evidence of m5C RNA modification in both development and plant stress response. Interestingly, both phenotypes observed in this study are similar to disease states reported in animals in which the function of the m5C RNA modifying enzyme is lost.

Overall, our research provides the first global map of m5C methylation patterns in the plant transcriptome. This discovery is another part in the puzzle to understand the mystery of the disconnection between mRNA and protein abundance in plants and animals. Based on the evidence, we hypothesise the m5C sites located in various coding and non-coding RNAs represents a new layer of post-transcriptional regulation to fine-tune gene expression during plant development in response to stress.