By 2050, more than half of the global human population is expected to live in urban areas. As these urban areas rapidly grow, they replace some of our most pristine habitats. One effect that urbanization has is to fragment the landscape so that connections between an organism’s populations become reduced and populations become isolated. This scenario can result in local extinction of organisms. Another consequence of urbanization is that novel habitats are created within cities. This scenario provides new spaces for organisms to thrive, become “urban adapters”, and come in more contact with humans. This new relationship may pose a threat to our and other organisms’ health as cities expand. 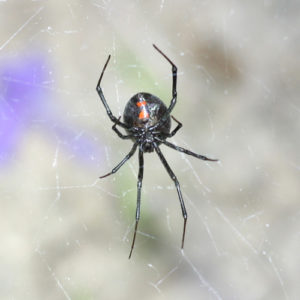 The Western black widow spider (Fig. 1) that inhabits the semi-arid landscape of the western United States is recognized as an urban adapter because its populations have rapidly increased in urban areas. Of biggest concern is its status as a pest and potential danger to humans because of its potent venom. Our previous study examined DNA sequence variation from 210 Western black widow spiders spread across 10 urban populations and 11 non-urban populations in the Western U.S. to gain an understanding of their genetic ancestry. By determining the genetic relationships among individuals and populations, we can evaluate how urbanization has altered the movement of these organisms. The most interesting result was that urban area spiders are more genetically similar to each other than are non-urban spiders. Thus, urbanization does not fragment their populations, as is typically seen in other organisms, but instead it appears human-mediated transport facilitates the movement of urban spiders. Interestingly, certain cities act as “hubs” that connect spider populations to each other; however, one question that was raised was how spiders move within urban areas, and whether all urban areas have the same effect.

Here, a new genetic study combined our initial sample of 10 urban and 11 non-urban populations of >200 individuals with a more high-resolution sample of >300 more spiders spread over 30 populations from the southwestern U.S. urban areas of Albuquerque (New Mexico), Las Vegas (Nevada), and Phoenix (Arizona). We used a novel “social network” genetic approach to visualize how spider populations are genetically connected to each other, and to statistically test whether certain cities contribute more to the transport of spiders than others.

With this much larger genetic dataset, we found a similar pattern as our previous study in that spiders move more freely between urban areas than they do among non-urban areas. When combining all of these populations into one population graph or “popgraph” to visualize these connections (Fig. 2), we see a picture of how cities behave differently in the urban network. For example, the 10 spider populations we sampled in Albuquerque were much more related genetically, but appear to be very distantly connected to the overall network of other urban and non-urban populations. On the other hand, the 10 population samples from each of Phoenix and Las Vegas tend to be much more genetically related to each other and to other urban populations, showing very close connections with the rest of the urban network. 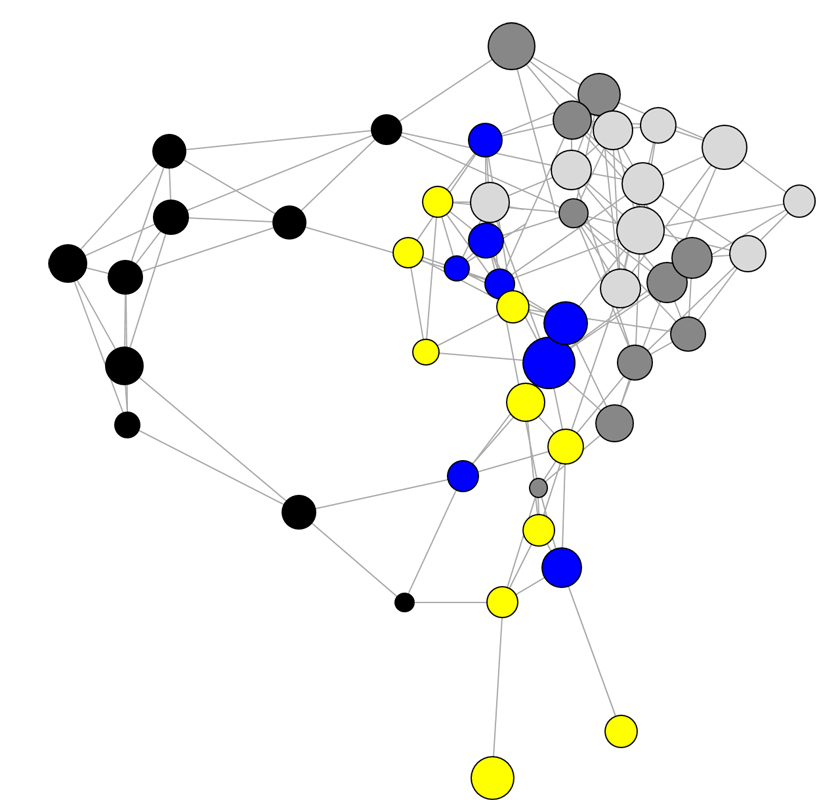 This network approach shows certain cities, which have much higher human population sizes, may influence patterns and movement of black widow spiders much more than other cities. We note that some of these urban areas are actually very geographically distant from each other. This study highlights the incredible impact that urbanization has had on recent black widow spider movement, and visually demonstrates how and where we are facilitating the movement of pests that may negatively impact our own health.