What happens to corn tortillas when you add soybean?

Corn tortillas are traditional Mexican and Central American flatbreads made from cooking corn that has been treated with alkaline, in the form of limestone. While corn tortillas provide high levels of carbohydrates and calcium, they are low in protein. Soybean, on the other hand, has the highest protein content (~40%) among cereals and legumes and thus can provide the essential amino acids needed for human growth and health. Incorporating soybean into foods not typically made with soybean has been limited due to the beany taste, which is primarily caused by oxidation of soybean fatty acids (Urade, 2011 In: Flour and Breads and their Fortification in Health and Disease Prevention). Therefore, consumer acceptance can be a challenge when using soybean to fortify products. 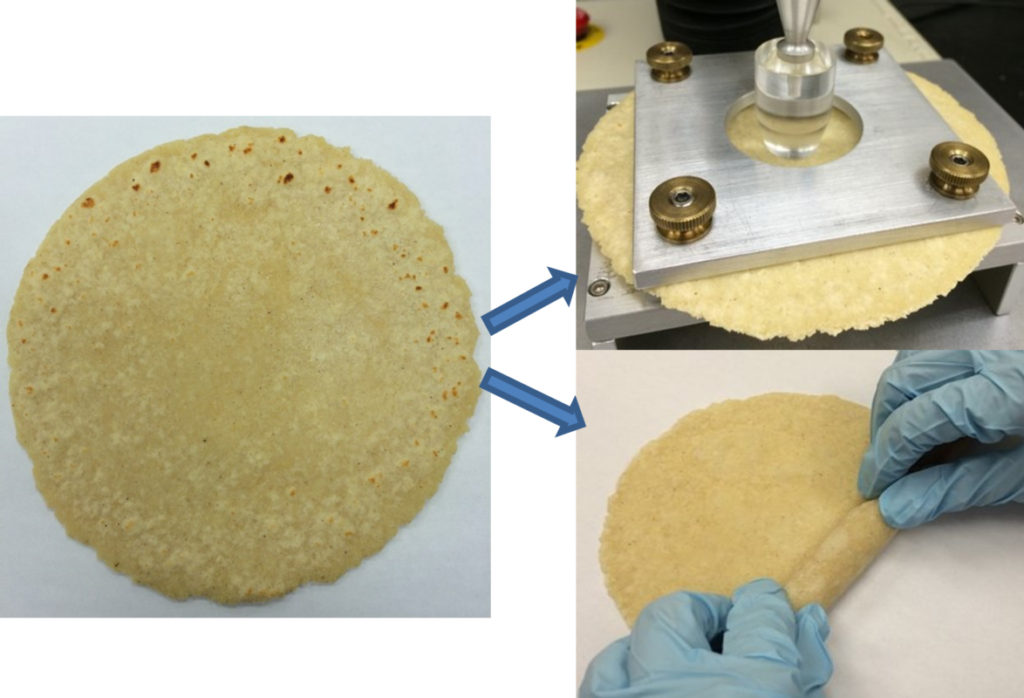 In this study we investigated changes in composition, physical properties (size, thickness, color, firmness and rollability) and consumer acceptability of corn tortillas to which either soy flour (SF) or soy presscake (SP) had been added at various levels (Fig. 1). As corn tortillas are made with using only masa (alkali-treated corn flour) and water, we replaced some of masa with soy products; adjustment in the amount of water was necessary. The main difference between the SF and the SP was that there was about 15% lipid in the SP and as a result it had less protein than the SF. When incorporated into corn tortillas at levels of up to 35% (SF) or 40% (SP), protein content could be more than double what was in the corn tortillas with higher levels seen when SF was used.

The differences in composition for the two soy products influenced the physical properties of the tortillas (Fig. 2). Tortillas made using SP were generally wider in diameter and less thick and could be rolled more easily than the SF tortilla. The SP tortillas were more like the masa control, particularly at lower (10-20%) levels of substitution. The higher oil content in the SP was most likely responsible for the thinner, more flexible product. While the firmness of tortillas from the two soy products were similar, the firmness values were greater than the masa control for all fortified tortillas (except 10% SP). This was likely due to the extra water needed when including soy products.

For the consumer panelists (76) who evaluated the tortillas on a 9 point (1 – dislike extremely to 9 – like extremely) scale, tortillas fortified with SP had higher scores than tortillas made with SF for overall acceptability, appearance and texture; there was no difference between tortillas made with 40% SP and 35% SF for flavour. All scores were between 6 and 7, except the appearance of the 40% SP which was 7.1 and the texture of the 35% SF, which was 5.7 indicating that the fortified tortillas were generally liked by the panelists. Of the 76 panelists 59 were indicated a willingness to purchase corn tortillas fortified with 40% SP and 41 indicated they would purchase those containing 35% SF. 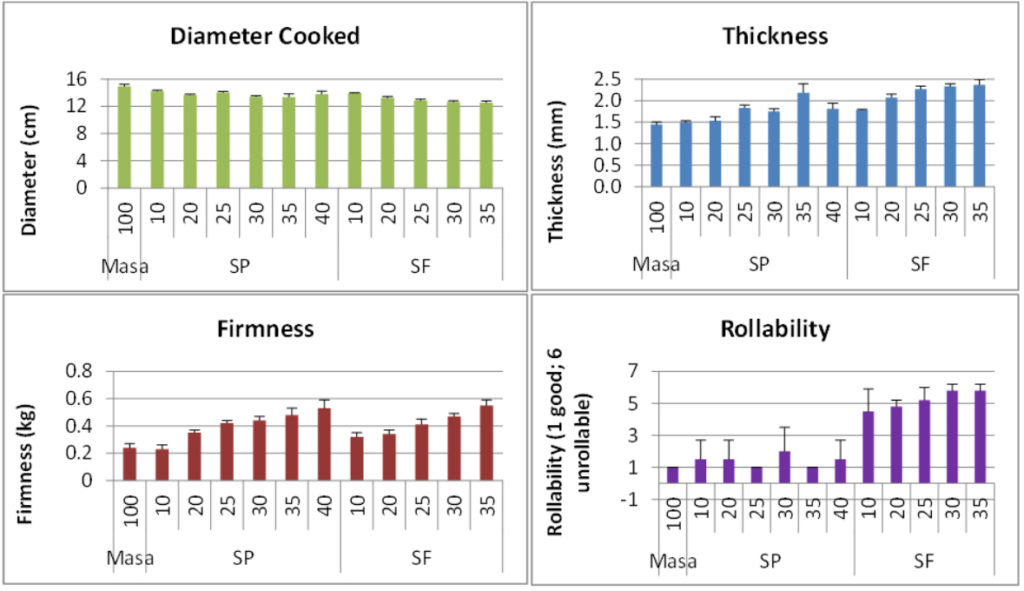 Fig. 2. The Effect of Added Soy Presscake and Soy Flour on the Physical Properties of Corn-based Tortillas.
SP: Soy Presscake; SF: Soy Flour. Firmness was measured as the maximum force needed to rupture the tortilla. Rollability was evaluated using a subjective dowel test (Anton et al., 2009; Food Sci. Technol. 42, 23-29.). Using a 1 cm diameter, cracking and breakage was rated in a scale of 1 to 6, where 1 = no indication of cracking, 2 = edge cracking only, 3 = edge and/or center cracking, 4 = cracking and breaking on one side, 5 = cracking and breaking on both side but still rollable, 6 = unrollable.

While fortification of corn tortillas with SP and SF increased tortilla thickness and firmness and changed the rollability and colour, sensory results indicated that these changes were generally acceptable by consumers. Tortillas fortified with SP and SF have potential in a healthy food market.