Brain-derived neurotrophic factor is a miracle fertilizer for our brain?

Brain-derived neurotrophic factor (BDNF) is sometimes called “miracle grow for the brain” because several studies have reported that BDNF “nourishes neurons like fertilizer.” It is well-known that BDNF protects brain cells and stimulates growth of their dendrites and axons. In addition, BDNF has been associated with enhancement of learning and cognitive function.

However, BDNF does not always play a positive role for our brain health. 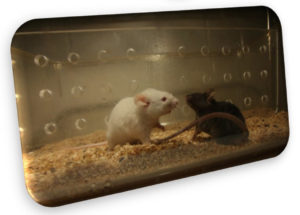 Social stress is one of the most critical factors in the onset of depressive disorders in humans. A long-lasting aversion to social contact produced by repeated aggression in rodents has been proposed as a model of chronic stress-induced depression in humans. The effect of social stress on depressive-like behavioral abnormalities has been investigated with the chronic social defeat stress paradigm in mice, in which susceptible and resilient phenotypes are segregated after 10 days of the defeat stress. Depressive-like behaviors in susceptible mice have been causally associated with molecular and physiological abnormalities in the mesolimbic dopamine (DA) pathway, which is comprised of the ventral tegmental area (VTA) dopamine neurons and their projecting terminals to the nucleus accumbens (NAc).

Of note, light-induced optogenetic activation of the VTA-to-NAc mesolimbic DA pathway, which mimics enhanced burst firings in the susceptible mice, facilitates release of BDNF as well as DA from VTA DA terminals. BDNF can also facilitate DA release from DA terminals. A subset of VTA DA neurons has been also implicated in stress-elicited depressive-like abnormalities. Thus, it is conceivable that both DA and BDNF signaling in NAc might promote depressive phenotypes. However, it is still not clear if DA, BDNF, or both are important for stress-elicited depressive-like phenotypes. 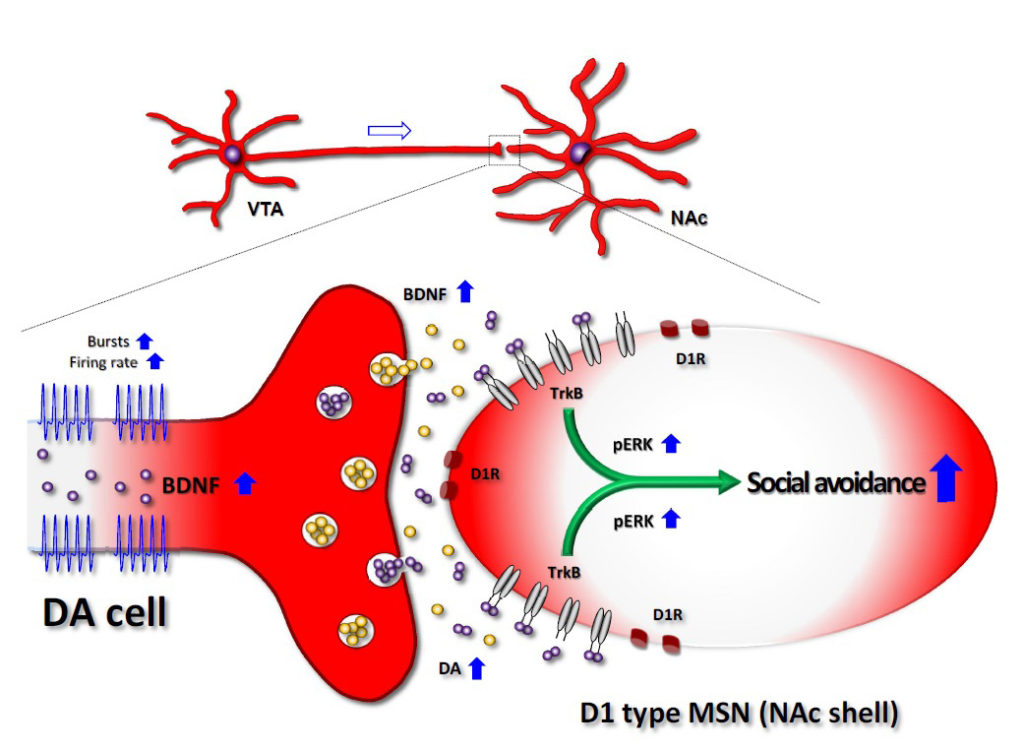 These findings validate a crucial role of the mesolimbic BDNF-TrkB signaling in facilitating depressive-like outcomes and a potential therapeutic path for depression treatment. However, this pro-depressant role of mesolimbic BDNF signaling is in direct contrast to the antidepressant-like actions of BDNF in hippocampus, which emphasizes the circuit-specific nature of molecular mechanisms involved in brain disease and the need to identify therapeutic approaches that take such circuit specificity into consideration.