Populations all over the world live high up in the mountains. The main mountain ranges with long term settlements include the Himalayas in Asia, the Andes in South America and the Ethiopian highlands in Africa. Researchers could show that life for many generations above 3000 m clearly impacts the body and also changes genetic variation. The altered genes lead to a different physiological response in populations living in the same region since several thousand years in comparison to short term visitors. While responses above 3000 m have been studied the response at elevations below 3000 m has not been investigated. Therefore, we assessed body size, lung function and genetic variations in an intermediate altitude population (the Calchaquíes) living in the Argentinean Andes at 2300 m. We compared this population to highlanders living above 3500 m and lowlanders living in the same Argentinean province (Fig.1). 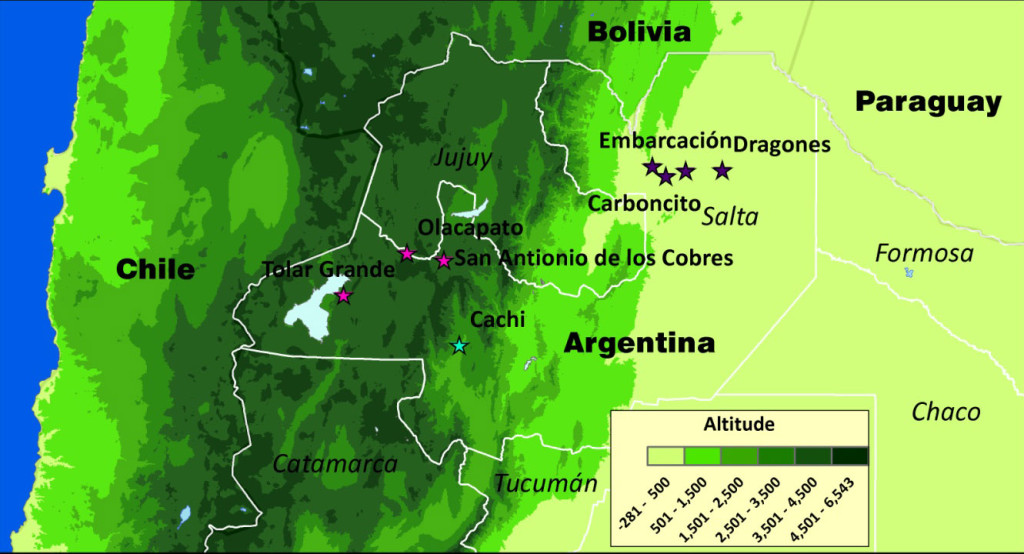 We could show that the intermediate altitude population displayed similarities but also differences to the high altitude population. In the mountains, oxygen gets less per breath the higher you go. Therefore, lungs of permanent high altitude residents are enlarged to increase oxygen uptake. While we expected to see a gradual increase in lung capacity with elevation, we already saw a drastic change at intermediate in comparison to lowlanders and little further change in the group living higher up in the mountains. Even though there is more than 1000 m difference in the permanent living altitude of the two Andean populations, both had an equally increased lung capacity compared to lowlanders.

A second part of the study investigated whether life at 2300 m for many generations also leaves traces in the genome. For this analysis we investigated 730 thousands single positions throughout the genome and compared those between the three populations. Statistical analysis highlighted one gene (PRKG1) which is essential to modify the diameter of blood vessels. Andeans have more red blood cells at high altitude. The increased number of cells within the blood slows down the blood flow. Hence, a gene which allows blood vessels to expand and improve blood flow seems to be a suitable adaptation already at an intermediate altitude.

In summary, we could show that lung function is already increased in the Calchaquíes living at 2300 m while body proportions remain unaffected. Moreover, the constant exposure to reduced oxygen over many generations led to genetic changes enabling the body to cope better in this harsh environment.