Plastics in horticultural soils. Does it matters?

Horticulture is an important periurban activity that provides fresh fruit and vegetables to big cities. It has increased its productivity due to two different techniques: plastic sheeting and pesticide application. Plastic (mainly polyethylene) film is used in greenhouses, tunnels and mulched surfaces to protect vegetables and fruit against weather inclemency, and to control weed and moisture. To picture the huge amounts of plastic used in horticulture, we can mention that China, Japan and South Korea employ annually 700000 tons of polyethylene for plastic sheeting. 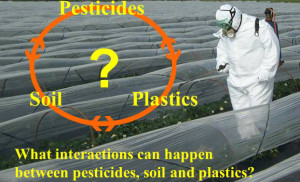 Intensive pesticide use is another important factor of horticultural activity. These chemical substances are developed to guarantee crop health, especially against weeds (herbicides), fungus (fungicides) and insects (insecticides). Although their positive effects on crops, negative environmental effects were observed on surface and ground water, soil and non-target organisms (bees, fishes, birds, etc). In particular, important amounts of pesticides reach soil and plastic sheeting surfaces during the application step, experiencing there different degradation and migration processes.  Therefore, in a productive agricultural scenario, where huge amounts of plastics and pesticides are used, some questions can be raised:

-Is plastic film being incorporated into the horticultural soil?

-How could plastics affect the pesticide fate in soil?

To answer the first question we have estimated the amount of plastic film incorporated into the soil of small horticultural units surrounding Buenos Aires city. These measurements were motivated by the direct observation of plastic fragments in soil, probably coming from plastic residue piles next to the production units. We have found about 0.1 ha of plastic film, mainly black polyethylene film, per each ha of cultivated surface.  Although the plastic pieces were of different sizes, medium size fragments (28 ± 13 cm2) were the predominant ones. 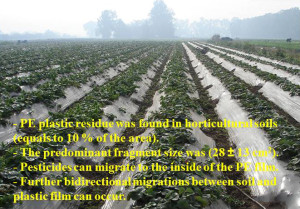 Fig. 2. Main conclusions of the experiments.

Another important issue to study was to determine if the plastic fragments incorporated in soil could have a “pesticide concentrator effect” during the application step.  To analyze this situation we have reproduced, in the lab, the soil to plastic proportion found in the field using a soil column with small plastic pieces, and we poured a pesticide solution through it, finding that the pesticides were retained about sixty times more by the plastic fragments than by the soil.

In our opinion, these results suggest that agricultural plastics can affect the pesticide fate in horticultural systems, but further experiments must be performed to understand the complete environmental interactions between plastic, soil and pesticides.