Intracellular calcium is one of the most important second messengers for the regulation of various cellular processes including protein secretion, muscle contraction, gene transcription, protein degradation and apoptosis. The endoplasmic reticulum (ER) is not only the organelle responsible for the synthesis of secretory and membrane proteins, but also for the storage of intracellular Ca2+. Both the efflux of Ca2+ from the ER and the influx of Ca2+ into the ER are necessary for the intracellular calcium signaling. Although the regulation of the efflux of Ca2+ from the ER through IP3 receptor is well understood, that of the influx through SERCA Ca2+ pump have not been elucidated. 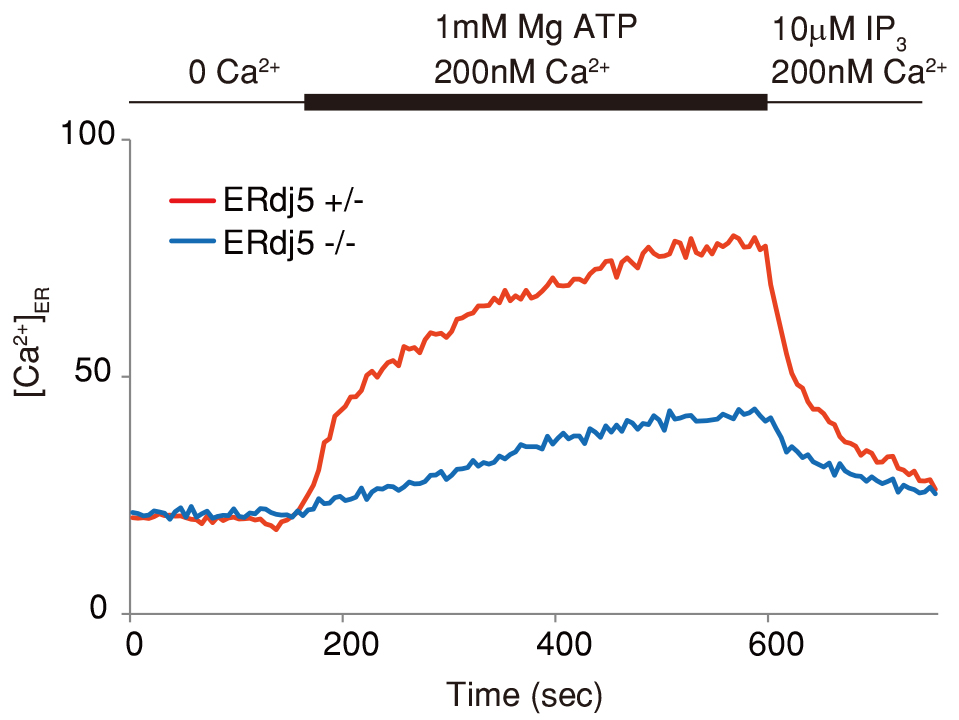 Fig. 1. Deficiency of ERdj5 suppresses Ca2+ uptake into the ER through SERCA2b. MEF cells were loaded with Mag-Fura-2 to estimate ER Ca2+ concentration. After semi-permeabilized MEFs were treated with EGTA to deplete intra-ER-luminal Ca2+, ATP and Ca2+ were added to examine the SERCA2 pump activity.

We have discovered a novel and unanticipated mechanism that ensures rapid uptake of Ca2+ into the ER once it is released into the cytosol via IP3 receptor. Previously, we identified and reported that a novel ER-resident oxidoreductase ERdj5 harboring four thioredoxin domains and a J domain reduced the disulfide bonds of the misfolded proteins, activated the retrotranslocation of misfolded proteins through the dislocon channel and thereby facilitated the ER-associated degradation (ERAD) of the misfolded proteins. We showed that the regulatory mechanism of calcium uptake is also mediated by ERdj5 in collaboration with ER chaperone BiP as a master regulator of calcium homeostasis, which highlights the importance of redox regulation in both Ca2+ and protein homeostasis.

SERCA2b, a member of the SERCA family, is a ubiquitous and abundant protein that contains eleven transmembrane domains. Previous work showed that SERCA2b activity is negatively regulated by the oxidation of two cysteines in its ER-luminal domain. We elucidated that ERdj5 reduced the disulfide bonds in the ER luminal side of SERCA2b, and that this reduction of SERCA2b caused the activation of Ca2+ uptake into the ER from the cytosol, which was shown by using semi-permeabilized ERdj5-disrupted mouse embryonic fibroblasts (MEFs).  Ca2+ uptake into the ER was clearly reduced in ERdj5 deficient (-/-) cells, whereas it was increased in ERdj5 hetero (+/-) cells (Fig. 1). When ERdj5 was introduced into ERdj5 deficient cells, the Ca2+ uptake was recovered, which clearly suggested that ERdj5 is required for the efficient Ca2+ uptake through SERCA2b.

Importantly, the activity of ERdj5 is regulated by the ingenious mechanism depending on ER luminal Ca2+ concentration ([Ca2+]ER). Actually, we observed that the interaction of ERdj5 with SERCA2b was strengthened under the low [Ca2+]ER condition. Upon addition of submillimolar [Ca2+], the intensity of light scattering derived from the monomer species of ERdj5 rapidly decreased, whereas the average diameter rapidly increased, suggesting ERdj5 make oligomers under high [Ca2+]. Once ERdj5 makes oligomers, it dissociates from SERCA2b causing re-oxidation of cysteine pairs of ERdj5, which shuts off the pump activity. Thus, ERdj5 provides a feedback regulatory mechanism sensing the [Ca2+]ER for the regulation of intraluminal calcium concentration.

We already reported that BiP, a major molecular chaperone in the ER, binds and co-operates with ERdj5 in the activation of ERAD, and further found that the binding of BiP with ERdj5 through its J domain caused the prevention of oligomer formation of ERdj5. While further analysis should be required for discussing the biological significance of this observation, BiP might be involved in the regulation of calcium homeostasis via SERCA2b through regulating the oligomer formation of ERdj5. 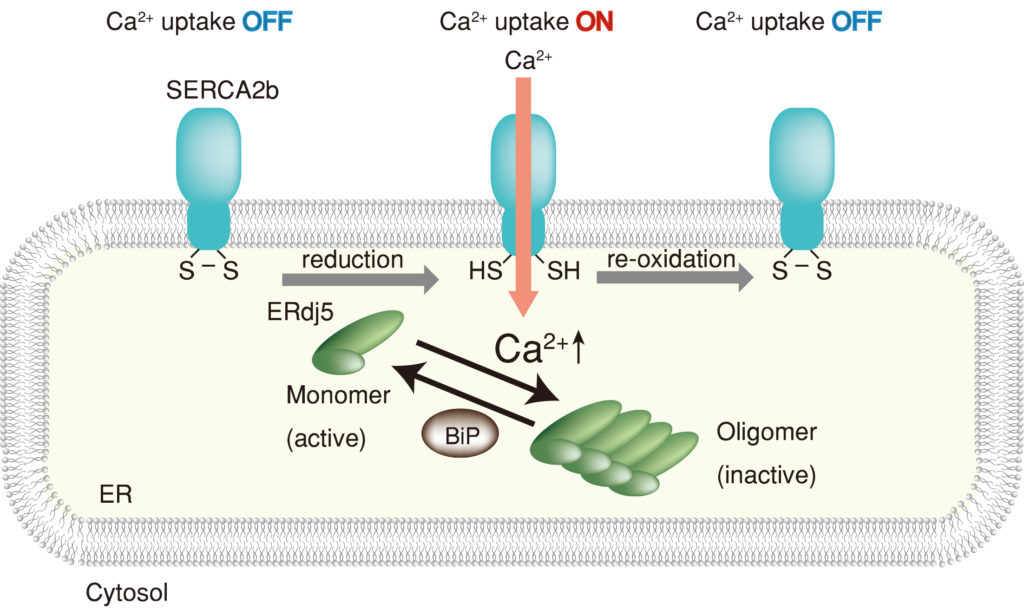 Fig. 2. Regulatory mechanism of calcium homeostasis in the ER through SERCA2b and ERdj5.

Thus, we would like to provide the following scheme for the maintenance of calcium homeostasis in the ER through ERdj5 and SERCA2b (Fig. 2). The oxidized (inactive) form of SERCA2b can be converted into the active form by the reduction of the disulfide bond in its ER-luminal portion by ERdj5, which facilitates Ca2+ uptake into the ER. Once [Ca2+]ER is recovered, the high [Ca2+]ER causes oligomerization of ERdj5, which results in the inactivation of SERCA2b. This feedback regulation by ERdj5 serves to maintain Ca2+ homeostasis in the ER lumen.