Animals utilize light from the environment as important information sources. We can discriminate colors, brightness and shapes of objects by visual system. In addition, animals can detect daily and seasonal changes of the light environment to alter their activities. For these visual and non-visual photoreceptions, opsins function as universal photoreceptive proteins. Recent progress in whole genome sequencing has revealed that animals have various opsin genes. In general, mammals have less than 10 opsin genes (9 genes in the human genome), which contrasts with many opsin genes in non-mammalian vertebrates (about 20 genes in birds, reptiles and amphibians and 30~40 genes in teleosts). This is probably because of the nocturnal lifestyle in the early evolutionary process of mammals. These opsins are known to work not only in the retina but also in other tissues, such as brain. From the viewpoint of the genomic structure, most opsin genes have introns in their coding regions. However, a few opsin genes are characterized as single-exon genes. These intron-less genes are presumed to have been formed by the unique gene duplication mechanism, retroduplication (Fig.1(A)). Retroduplication is RNA-based gene duplication, which is quite different from DNA-based gene duplication, the copying and pasting of DNA sequence from one region to another in the genome. A gene is transcribed to produce mature spliced mRNA, which happens to be reverse transcribed and subsequently inserted into different genomic region. In most cases, these retrocopies are regarded as pseudogenes because of a lack of promoter sequences in intron-less cDNA. Thus, it is very interesting to reveal how the acquisition of functional retrocopies contributes to the gene diversification. 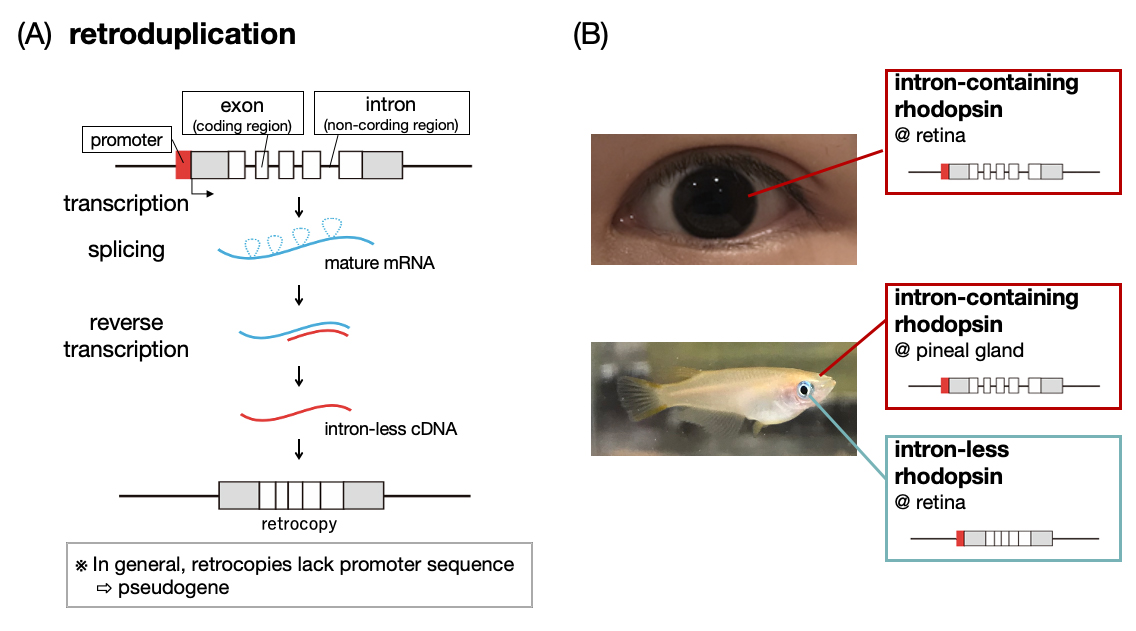 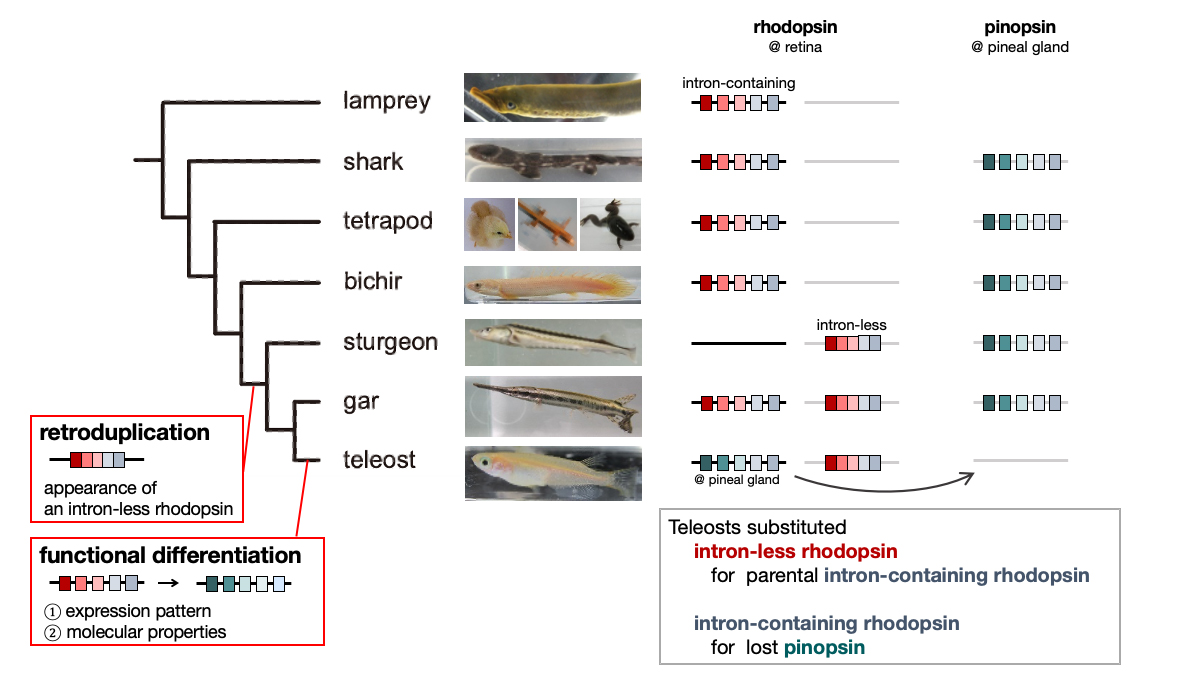