The power of laser light to repair brain from stroke injury

Transcranial near-infrared laser therapy (TLT) also known as NILT is a powerful non-invasive method to promote neuroprotection and repair of the damaged brain. How does it work? For many years, researchers have hypothesized that laser light at a specific wavelength (808nm) can pass through the skull (Fig. 1) and activate biochemical processes that aid in protecting brain cells from damage and even promote repair of damaged neurons using a system of trophic or growth factors in brain. 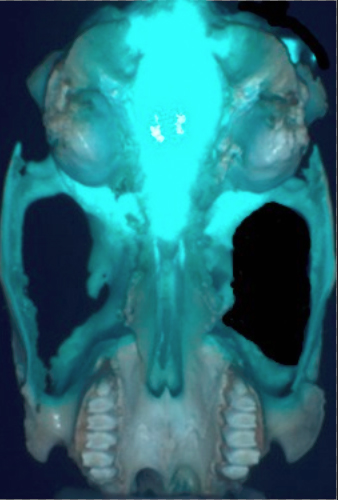 Our paper in Brain Research shows that laser light penetrating the skull can increase the production of energy molecules [adenosine-5′-triphosphate (ATP)] in brain tissue by activating mitochondrial function, the energy producers in cells.  By increasing the energy molecules, some of the cells that would normally die after a stroke stand a better chance of surviving.  Other studies have also shown that laser light can increase brain blood flow. As we demonstrated in the article, when ATP was increased, laser therapy also significantly improved behavioral function, motor function in particular following the stroke.

The use of light to reduce the clinical and behavioral deficits associated with stroke can have a dramatic effect on the health and well-being of the stroke victim.  Laser light as an acute stroke treatment could be as important as the thrombolytic that is FDA-approved treatment for the same condition.  A thrombolytic such as tissue plasminogen activator (tPA) is a biological protein that can break down a blood clot. When tPA works, it works well and it increases blood flow to the damaged brain providing oxygen and nutrients carried in blood, it increases cerebral reperfusion and dramatically improves behavior following a stroke. What about the possibility of using both to treat stroke?

Our study looked at the effects of continuous wave laser treatment alone or combined with standardized thrombolytic therapy.  For both treatments, they were applied after the stroke to better represent the type of treatment that one would use is stroke patients. When ATP was measured, there was a beneficial effect of both treatments combined.  Also when behavior was measured, both treatment combined were better than either treatment alone, but the result was not statistically significant. Moreover, both treatments were safe when applied together. Our study is very promising and suggests that thrombolysis and TLT is a good form of neuroprotection therapy that can keep cells alive following a stroke and improve the quality of life of stroke victims. 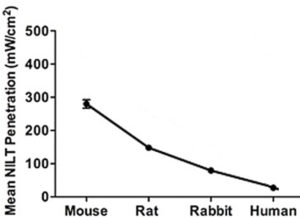 Fig. 2. Differential laser light penetration of the skull of four different species. Note that penetration dramatically decreases as skull thickness increases from mouse to rat to rabbit to human.

What are the barriers to using lasers to treat human stroke effectively?  There are 2, the thick human skull and lack of funding to continue to develop laser therapy for stroke. There are reports in the literature showing that standard laser therapy does not effectively penetrate the thickness of the human skull, and when the laser light does penetrate it does not do so to any great depth.  As we have hypothesized in 3 articles, Lapchak et al. PLoS One. 2015 Jun 3; 10(6):e0127580, Lapchak and Boitano Acta Neurochir Suppl. 2016; 121:7-12, and Lapchak and Boitano Brain Res. 2016 Sep 1; 1646:125-31, new studies of an old familiar topic are needed so that we can learn how to apply laser light to effectively cross the human skull barrier to promote the same level of neuroprotection and repair that we observe in all small animal species (Fig. 2). An exciting and extraordinary opportunity to use laser light to treat the human disease condition exists, but currently there is a shortage of critical funding resources, a “barrier” that is impeding progress with therapy development.