The use of an organotypic culture system, as an alternative to animal models, for recapitulating physiological and biologically relevant intestinal tissue is constantly gaining success in various fields of science. Indeed, it is currently used in basic research or in preclinical studies of mucosal immunology and bowel inflammation as well as for the assessment of pharmaco-toxicity. 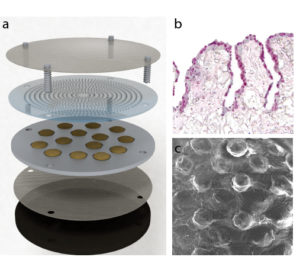 Fig. 1. Exploded view of the bottom-up approach
a) maturation chamber with the silicon mold delimited on the top side by a custom-made PMMA holed grid to reproduce patterned surface; b) Histological cross-section of 3D-ISEpatterned; c) top view of SEM micrograph that shows the villi-like array.

Developing a 3D intestinal stroma equivalent able to correctly recapitulate the native stromal microenvironment on which to build the mucosal epithelium to mimic the native tissue architecture is highly demanded in order to enhance the physiological relevance of the in vitro model. Current in vitro intestine models fail in reproducing the complex intestinal extracellular matrix (ECM) network of the lamina propria and the peculiar architecture of the crypt-villus axis. The development of innovative research tools is therefore of the utmost importance to unravel the complicated crosstalk between the stromal and epithelial compartment in the crypt-villus axis.

In our recent publication, we have introduced a novel in vitro human intestine model that mimics the intestinal stromal topography and ECM composition that strictly reproduces the tissue polarity with the crypt-villus architecture. First of all, we realized a functional 3D intestinal stroma equivalent provided by protuberances resembling the human small intestinal villi (3D-ISEpatterned) (Fig. 1). The high absorbing surface area provided by the villi-like topography could significantly improve in vitro drug absorption studies enhancing the predictability when compared to conventional Caco-2 monolayers.

Furthermore, due to the geometrical design of the 3D-ISEpatterned, we were able to reproduce the spatial heterogeneity of the gut epithelial cells along the crypt-villous axis with all highly specialized intestinal cell type that coordinate many physiological functions (absorptive, protective, host defense response). These results suggested that the 3D architecture of the gut tissue may influence the physiology of the epithelial cells.

In this paper we also reproduced the “innate immune system” and we deeply analyzed the inflammatory changes produced by the human intestinal epithelial and stromal cells induced by an inflammatory stimulus (Lipopolysaccharides from Escherichia coli) (Fig. 2). Such system turned out to be ideal to study rapid events in response to an inflammatory stimulus that involved both the epithelial and stromal side, in particular those related to the pro-inflammatory cytokines production, the tight junction-opening effect as well as collagen synthesis and collagen fibers remodeling of ECM so providing an in vitro platform to study the beginning of fibrosis of the intestinal sub-epithelial mucosa. 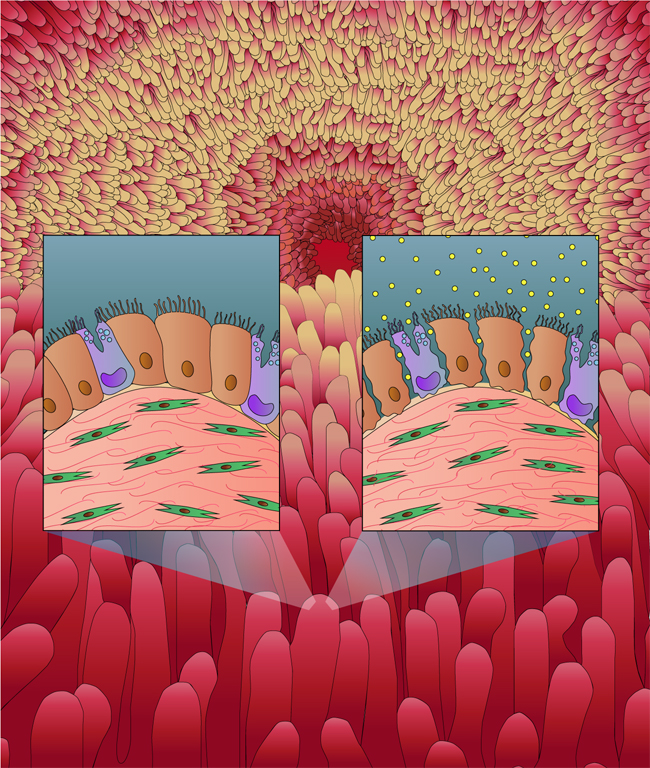 Overall, the developed 3D intestine model allows the unique combination of the 3D topography with a 3D stromal environment providing an adequate stimulus to induce further differentiation and improve the physiological relevance of the in vitro intestinal model. This will further provide a useful tool for an extensive range of applications comprising drug permeability and toxicity studies in vitro, intestinal barrier dysfunction in bowel disease.