Yarrowia lipolytica: how a yeast becomes a workhorse for biotechnology

Yarrowia lipolytica is a yeast species belonging to the Ascomycota fungi phylum (like the well-known baker’s and brewer’s yeasts, both from Saccharomyces cerevisiae species). This innocuous yeast can be found in a large range of ecosystems (soils, marine waters, mycorrhizae – symbiotic associations of fungi with roots of plants) and in a variety of foods (particularly in dairy products, including numerous cheeses, and in meat products). 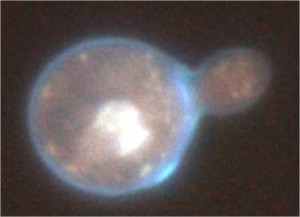 Since more than 50 years, Yarrowia lipolytica has promoted interest for industrial applications, due to its high capacity of secretion of many enzymes and to its remarkable lipolytic and proteolytic activities. In particular, this yeast has been frequently isolated from environments heavily polluted by hydrocarbons, which it can degrade efficiently. This made it of interest for use in clean-up systems (bioremediation of oil-contaminated soils and waters) or in industrial microbiology, especially for upgrading oily wastes into production of specialty lipids. The remarkable secretion capacity of Yarrowia lipolytica cells also attracted attention on its potential as host for the production of proteins of interest by heterologous expression. Many proteins of industrial or biomedical interest (such as enzymes, bioactive peptides or vaccines) need to be obtained using recombinant DNA technology, by inserting the gene encoding them into a heterologous host, so that their production can be both technologically feasible and economically viable. 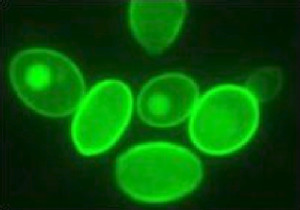 Obtaining recombinant proteins under an active form and in desirable quantity can be tricky since it requires efficient molecular signals for gene expression (promoters) and because protein folding, stability and transport can be very challenging. Since a few decades, Yarrowia lipolytica has emerged as a powerful and versatile host in the domain of heterologous protein expression, secretion and surface display, with the successful production of more than 130 proteins, originating from more than 80 different species. More recently, the combination of increased knowledge of its metabolism, sequencing of its genome and development of more efficient genetic tools offered new perspectives in metabolic pathway engineering, allowing using this yeast as a cell factory for various applications.

This Mini-Review is aimed at providing a concise guide on Yarrowia lipolytica use for the beginner: it presents an overview of its industrial and commercial biotechnological applications, describes established tools for protein expression and highlights novel developments in the areas of promoter design, surface display and host strain or metabolic pathway engineering. It focuses on the most recent achievements, exemplifying how this non-conventional yeast is currently being developed as a workhorse for biotechnology by several research groups throughout the world, especially for single cell oil production, whole cell bioconversion and upgrading of industrial wastes.