We inhabit a hostile environment and are susceptible to infection by current and future pathogenic organisms (foreign bodies; antigens) resulting from mutation and selection forces. Personal integrity is assured by the humoral and cellular immune system (IS) that is constantly renewing its capacity to recognise and eliminate infectious organisms. The humoral immune response is mediated by antibodies (anti-foreign bodies) that are globular proteins (immunoglobulins; Ig) produced and secreted by plasma cells present in bone marrow. An Ig molecule is comprised of both unique (variable) and constant protein structure. Random somatic mutation of Ig genes encoding the variable regions generates a hugely diverse antibody repertoire of unique antigen binding sites (paratope). Antibodies bind their cognate antigens to generate immune complexes (IC) that, in turn, bind and activate cellular mechanisms (mechanisms of action; MoA) and the killing and removal of target. Personal integrity requires that we do not mount immune responses to self-antigens, i.e. the IS exercises self/non-self discrimination.

Fig. 1. A cartoon representing the four chain structure of an IgG molecule.

Mammals generally have a similar immune system; therefore, molecules derived from human fluids and tissues are recognised as foreign by other species, e.g. rabbits, mice etc. and sera collected from immunised animals (anti-sera) are able to bind and kill human tissues, including cancer cells, in vitro; however, such anti-sera cannot be used for therapy in humans because they are, in turn, foreign and provoke and anti-therapeutic antibody (ATA) response with consequent life threatening adverse reactions.

A significant breakthrough came with the development of a protocol which allowed the fusion of immortalised mouse plasma cell lines (NS1 and NS0) with the spleen cells isolated from a mouse immunised with a human antigen. A proportion of the hybrid cells may be both immortalised and producing antibody having target specificity. Such cells can be continuously cultured to produce unlimited amounts of antibody, stored frozen and revived. Initially, these antibodies only had value as research and diagnostic reagents as their foreignness prevented therapeutic development. 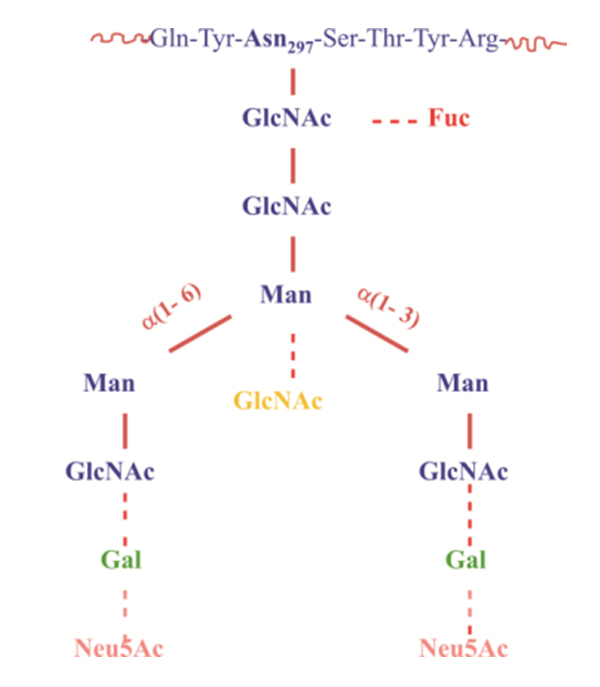 The mAb therapeutic era was launched following developments in genetic/protein engineering techniques that allowed the production of chimeric mouse/human mAbs comprised of the variable regions of a mouse antibody combined with the constant regions of human IgG to yield a molecule that is ~ 30 % mouse and ~ 70 % human in structure. These Mabs exhibited a significant reduction in immunogenicity and a majority of patients could be repeatedly dosed. An outstanding success in the treatment of rheumatoid arthritis was achieved with a chimeric antibody (infliximab; Remicade) that bound and neutralised the inflammatory cytokine tumour necrosis factor alpha (TNFα). For the treatment of cancer antibodies would be required to bind to the cancer cell and initiate destruction and removal of target cells. This was achieved for the antibody rituximab (Rituxan). There followed a period of intense research to elucidate the various MoAs of Mabs.

Although recognised as being glycoproteins initially little account was taken of this “minor” structural feature, representing ~ 2-3 % of the mass, until it was shown that removal of the oligosaccharide resulted in loss of the ability of ICs to trigger MoAs; consequently, the structure of the oligosaccharides, termed the glycoform profile, of a mAb therapeutic is defined as a Critical Quality Attribute (CQA). Differing glycoforms of Rituximab were generated and assayed to determine influences on their abilities to destroy leukemic cells expressing a particular target protein (CD20); with the consequence that a glycoform of Rituximab devoid of fucose was shown to be 50 – 100 folds more potent in killing CD20 expressing cells. These findings have been capitalised with the production and approval of the biobetter anti-CD20 Mabs obinutuzumab (Gazyva) and ofatumumab (Arzerra).