An improved gene therapy treatment can cure mice with cystic fibrosis (CF). Cell cultures from CF patients, too, respond well to the treatment. Those are the encouraging results of a study presented by the Laboratory for Molecular Virology and Gene Therapy at KU Leuven, Belgium.

Cystic fibrosis or mucoviscidosis is a genetic disorder that makes the mucus in the body thick and sticky, which in turn causes clogging in, for instance, the airways and the gastrointestinal tract. The symptoms can be treated, but there is no cure for the disorder. 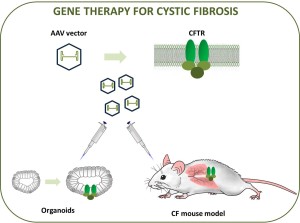 Fig. 1. Overview of the experimental design.

Cystic fibrosis is caused by mutations in the CFTR gene. This gene contains the production code for a protein that functions as a chloride/bicarbonate channel and regulates fluid secretion across the epithelium in different organs (airways, pancreas, intestine, sweat glands and vas deferens). In the cells of CF patients, these chloride channels are dysfunctional or even absent, so that thick mucus starts building up. Persistent airway infections are the major clinical manifestation. Gene therapy holds promise to cure the disease. Previous studies suggested that the treatment is safe, but largely ineffective for CF patients. However, as gene therapy has recently proven successful for inherited disorders such as haemophilia and congenital blindness, we wanted to re-examine its potential for cystic fibrosis.

Here we developed an improved gene therapy treatment based on inserting the genetic material for chloride/bicarbonate channels – coded by the CFTR gene – into the genome of a recombinant AAV viral vector, which is derived from the relatively innocent AAV virus (Fig. 1). We used this vector to transfer a healthy copy of the CFTR gene into the affected cells. We administered the therapeutic vector to CF mice via their airways. Most of the mice recovered. In patient-derived intestinal cell cultures, chloride and fluid transport was restored.

Development of CF gene therapy requires a thorough preclinical examination of a candidate vector in relevant cell and animal models before being administered to humans. Here, both in mice with CF and in mini-guts or intestinal organoids derived from CF patients, this approach yielded positive results. We still have to examine how long the therapy works. Repeated doses might be necessary to ensure a prolonged therapeutic benefit. Also, our candidate gene therapy product will have to be validated in a larger animal model that develops clear lung pathology as seen in CF patients to evaluate its potential to prevent or cure lung disease. This would be a crucial step towards the development of a gene-based treatment for CF.

We believe that our study will revive the interest in CF gene therapy research, but we must not give CF patients false hope. Developing a treatment based on gene therapy will take years of work. For one thing, our study did not involve actual human beings, only mice and patient-derived cell cultures. But gene therapy clearly is a promising candidate for further research towards a cure for cystic fibrosis.