Gastrointestinal nematodes are parasitic worms that pose a major threat to the health and productivity of grass-eating animals such as horses, sheep, cattle and goats. They live in the animals’ digestive system and suck their blood. Young animals, pregnant females and mothers suckling their young are the most at risk and in severe cases, death can occur rapidly caused by the loss of blood (anaemia). It has been estimated that they cost the grazing industries tens of billions of dollars per annum.

For many years the infected animals have been treated with chemicals called anthelmintics, intended to kill the parasites living in the host animal’s body. There are two serious problems with this approach. Firstly, the chemicals are becoming ineffective because they have been overused and secondly, it overlooks something very important about the way that these parasites grow. In a paddock where animals are grazing, up to 90% of the parasites are juvenile forms (larvae) living on the grass waiting to get picked up by the animals as they graze (Fig. 1). The chemical treatments have no effect on these larvae, so even if they were 100% effective, the animals soon get infected again. 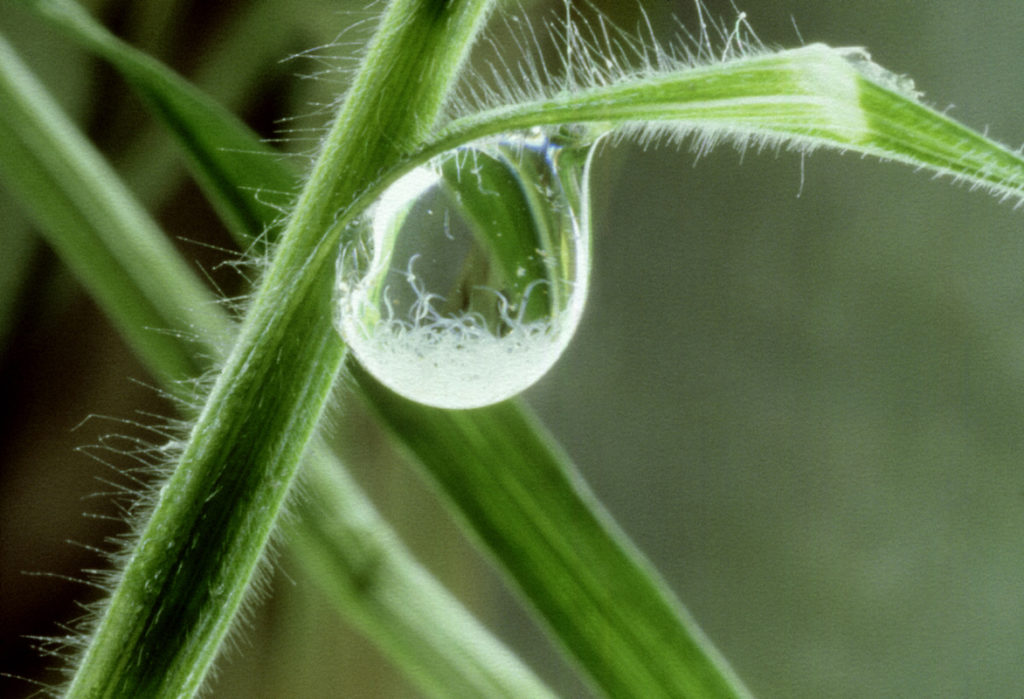 A new way to control these infections was clearly needed, in particular one that does something about the larvae on the pasture. This new way as been found, using the two special abilities of a natural fungus called Duddingtonia flagrans – the first is that it can trap and consume the parasite larvae as food, the second is that it produces seeds called spores that when fed to a grazing animal it can survive passage through its digestive system and out into the manure – this is where the parasite larvae are born from eggs shed by the adults living within the animals.

The spores were incorporated into a product called BioWorma® which was fed to a group of sheep (the BioWorma Group) that were naturally infected with parasites (including those resistant to chemicals). The spores passed harmlessly into the manure and grew there, trapping the parasite larvae when they had hatched from the eggs, preventing them from getting onto the grass. There was a matching group of sheep (the Control Group) grazing on a separate paddock that received no spores.

After grazing for up to 4 months, there were much less larvae on the grass in the paddock of the BioWorma Group because of the action of the fungus. To measure this effect, young parasite-free lambs (known as “Tracers”), which pick up parasite larvae very readily, were grazed on the trial paddocks. It was confirmed that the Tracers from the BioWorma Group paddock had acquired a much lower burden of parasites than those from the Control Group paddock. The trial was repeated in different locations and seasons to ensure that the fungus was effective over a wide range of conditions, which it was. The results in Figure 2 show the numbers of parasites in the two groups of Tracers over the four trials.

By breaking the cycle of continuous infection, BioWorma provides a new way to control these parasites.

Note: In other studies the fungus has been shown to be safe for people using BioWorma products and for the animals that eat it. Its use has also been shown to be benign to the environment, having no effects on earthworms, dung beetles, microbes in the soil, even non-parasitic nematodes. It doesn’t establish in the paddocks where it is used, and becomes undetectable when the manure pats break down.